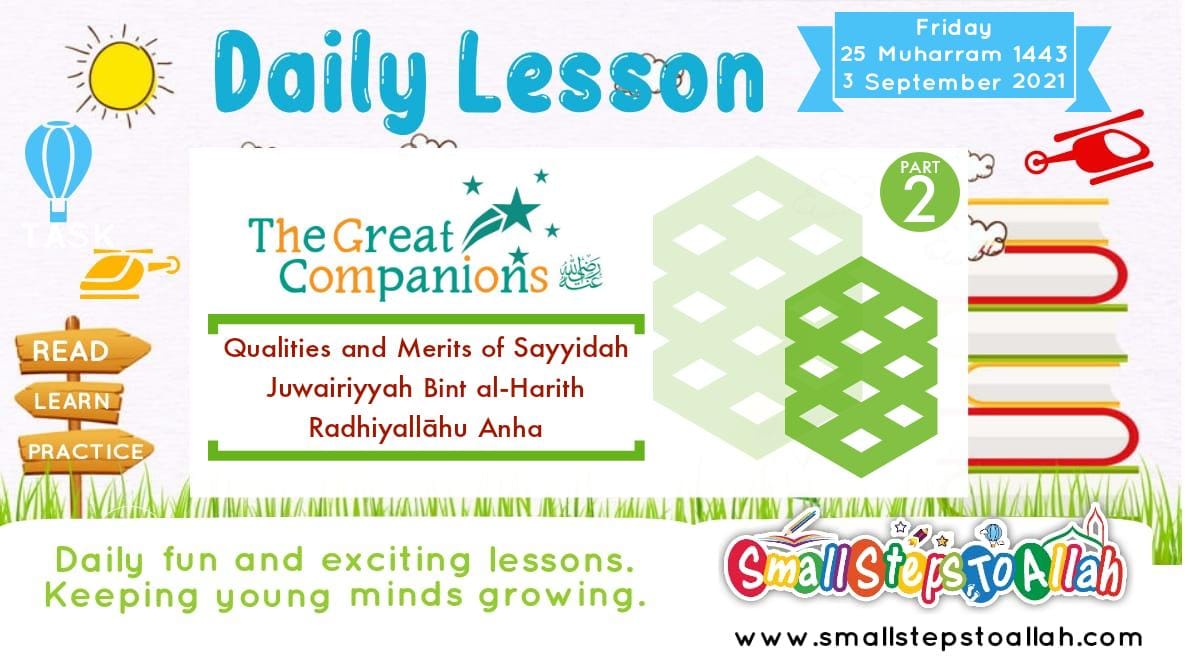 (Continued from previous lesson on the great companion's)

1) She was dedicated to Allah Ta’ala and spent most of her time in worship, remembering Allah Ta’ala.

2) She was very intelligent and wise.

3) She was known for her beauty.

4) She held a very dear position to our beloved Nabi ﷺ.

5) She had little interest in socializing.

1) Aa'ishah رضي الله عنها once said, “I do not know of a woman who brought greater blessing to her people more than Juwayriyah.”

2) She had great zeal for knowledge and memorized many narrations of our beloved Nabi ﷺ and conveyed them to others.

3) She was the means of many from her tribe embracing Islam.

Her gift to this Ummah

Our beloved Nabi ﷺ said to her that he had read the following words 3 times since he left her and that these words are greater and more heavier (in the hereafter) than whatever she had said (for that entire time!). These words were:

Her blessings to her people

Our beloved Nabi ﷺ freed 100 people from Banu Mustalaq because of his marriage with Juwayriyyah.

Aa’ishah رضي الله عنها once said, “I do not know of a woman who brought greater blessing to her people more than Juwayriyah.”