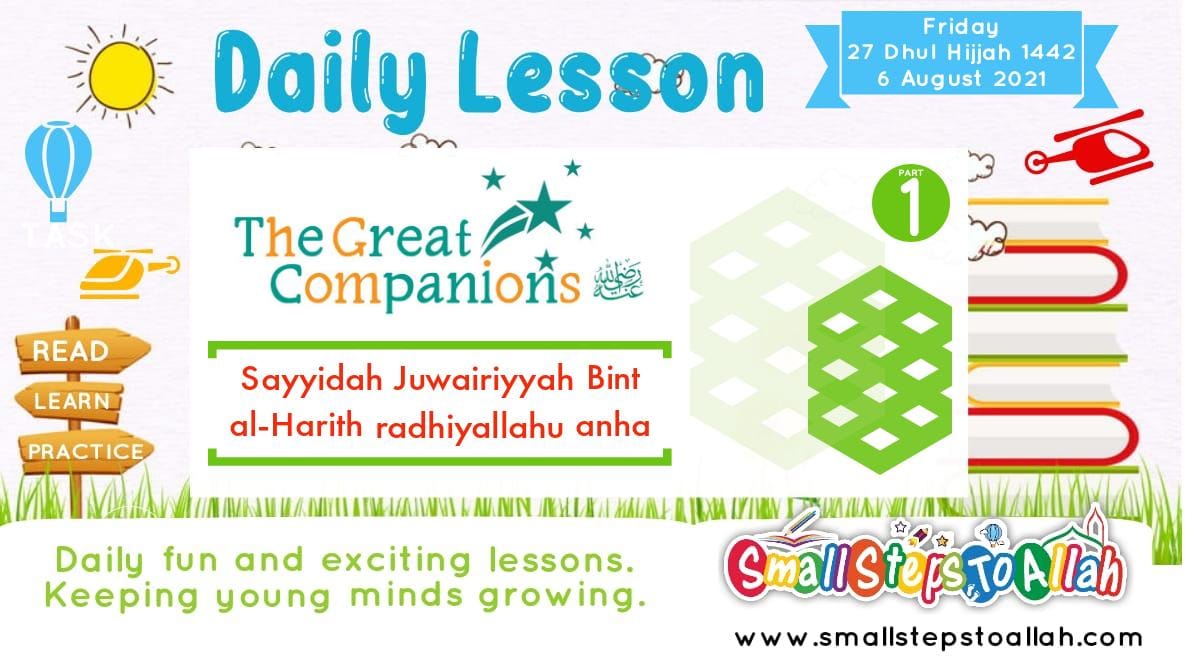 ● Sayyidah Juwayriyyah رضي الله عنها was the daughter of al-Harith Ibn Diraar رضي الله عنه who was the chief of the Banu Mustalaq tribe.

● She was known for her respect, piety, intelligence and beauty.

● Her original name was Barra, but our beloved Nabi ﷺ changed her name to Juwayriyyah.

● She first married Musafi Ibn Safwan who was a very influential person.

● After the demise of her husband during the expedition of Muray’see, she was held as a captive and became a slave to Thabit Ibn Qays radhiyallahu anhu but our beloved Nabi ﷺ married her and freed her.

● She also narrated many ahadeeth from our beloved Nabi ﷺ. She had a lot of love for salah and would spend hours remembering Allah Ta’ala.

● After the demise of our beloved Nabi ﷺ, she lived for many years. During this time, she stayed in Madeenah and served Islam.

● Sayyidah Juwayriyyah رضي الله عنها passed away at the age of 65 in Madeenah during the reign of Marwan Ibn Hakam. She is buried in Jannatul Baqi.