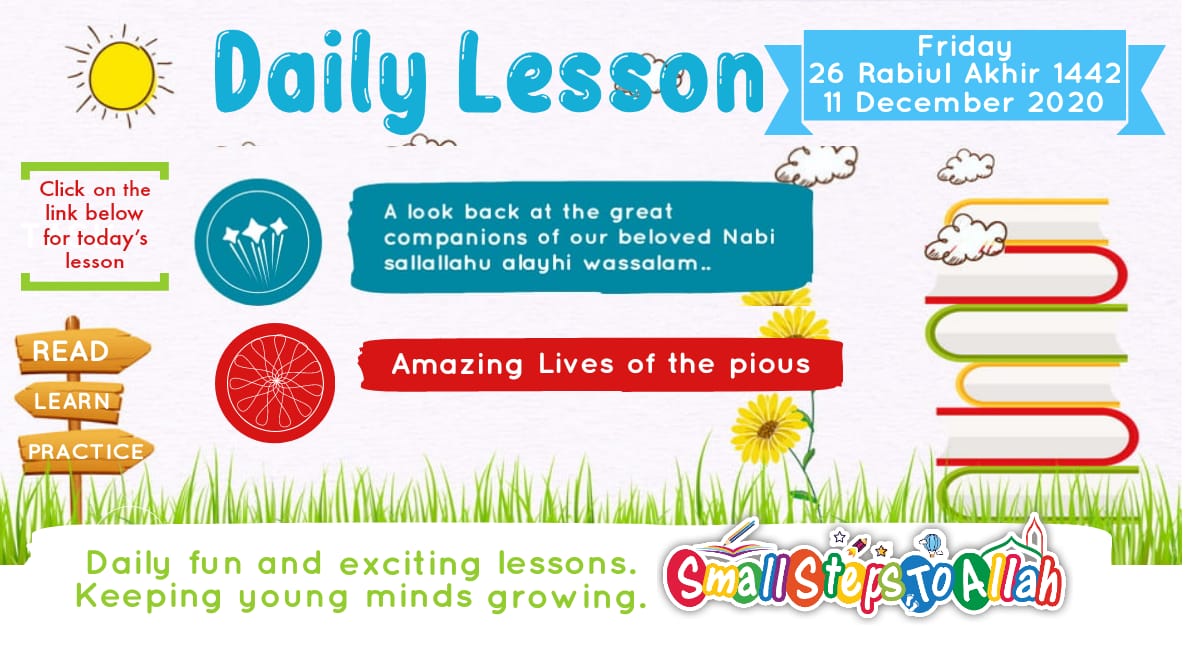 ● Sayyiduna Abdullah the son of Sayyiduna Umar ibn Khattab رضي الله عنهما, was among the young companions of our beloved Nabi ﷺ.

● He was known for his knowledge, piety, humility, generosity and desire to adhere to the sunnah of our beloved Nabi ﷺ.

● While still a young boy, he had the opportunity to perform Hijrah from Makkah to Madeenah with his beloved father Umar ibn Khattab and beloved mother Zaynab binte Maz’oon رضي الله عنهم.

● Sayyiduna Abdullah رضي الله عنه was always eager to learn and despite his cautious approach to narrating Hadeeth from our beloved Nabi ﷺ, he is amongst the mukthireen e hadeeth (those sahaba who narrated the most Ahadeeth). He has a narrated a total of 2,630 ahadeeth.

●After our Nabi ﷺ passed away he lived a long life and continued with his zeal for knowledge and learning and preaching, he became the teacher of great companions and tabi’ee. The Likes of Sayyiduna Jabir رضي الله عنه, Imam Nafi رحمة الله عليه, Saeed bin Mussayib رحمة الله عليه all studied by him and benefitted from his company.

● Abdullah Ibn Umar رضي الله عنه passed away in Makkah at the age of 84 and is buried in Makkah.

May Allah grant Abdullah Ibn Umar رضي الله عنه a great amount of reward for all of his services to our beloved Nabi ﷺ and to Deen and give us all the ability to emulate these great companions. 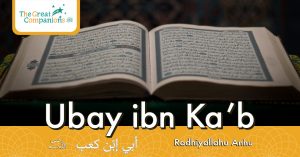