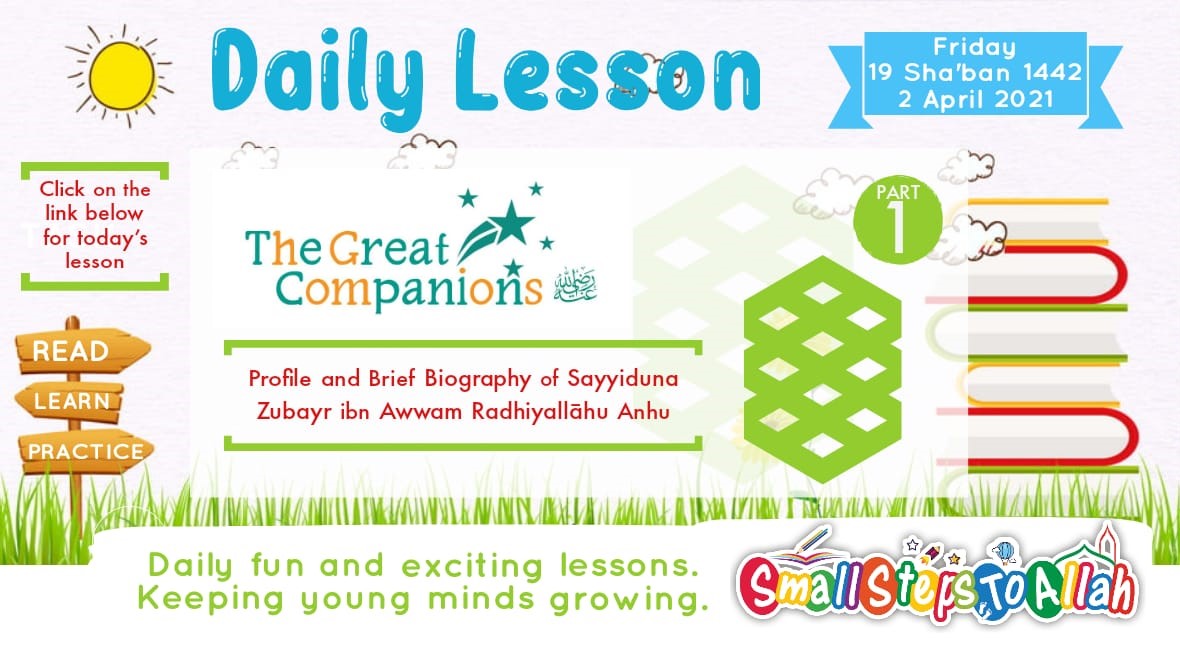 ● Zubayr رضي الله عنه the son of Awwam was an extremely brave and a courageous companion of our beloved Nabi ﷺ.

● He was invited to Islam by Sayyiduna Abu Bakr al-Siddiq رضي الله عنه and despite his young age, he accepted Islam. It is said he was the 5th person to accept Islam.

● Sayyiduna Zubayr Ibn Awwam رضي الله عنه is among the Asharah Mubasharah (the 10 sahaba who were given glad tidings of Jannah) and is also one of the few sahaba who had the honour of participating in all the battles.

● He was the first person to draw his sword in defence of Islam.

● His bravery and courage can be understood from the battle of the Trenches, when he was the first person to offer himself to the risky task of investigating the plan of the enemies.

● He was very cautious in matters of deen, and for this reason, narrated very few Ahadeeth out of fear of attributing an incorrect statement towards our beloved Nabi ﷺ.

● He was also extremely generous and spent much of his wealth in the path of Allah Ta’ala without thinking much about his own needs.

● After our beloved Nabi ﷺ passed away, he remained in Madeenah and continued his services to Islam and in the battle of Jamal, he was martyred.

● He passed away at the age of 65 and is buried in Basra, Iraq