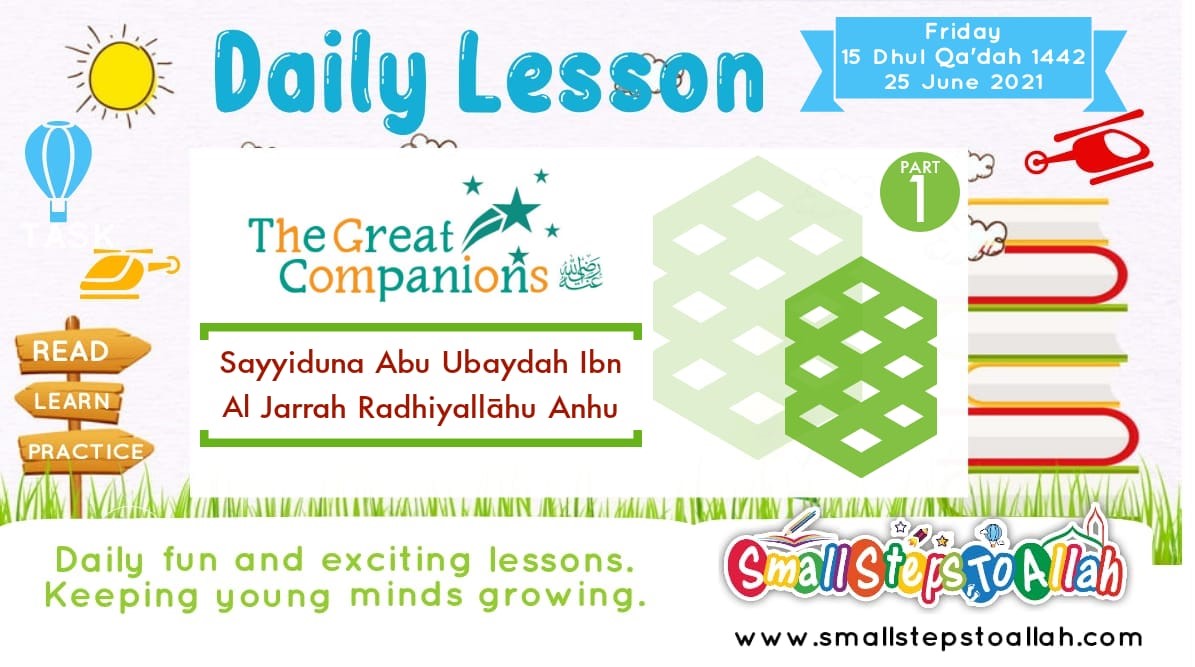 ● Abu Ubaydah رضي الله عنه, the son of Abdullah, was an extremely brave, courageous and a very humble companion of our beloved Nabi ﷺ.

● He accepted Islam in the very early days of Islam at the age of 28.

● He is also among the Asharah Mubasharah (the 10 sahaba who were promised Jannah).

● He was honoured with the opportunity to perform Hijrah twice, first to Abyssinia and then to Madeenah al-Munawwarah.

● He also had the honour of participating in all the major battles during his lifetime where he fought very courageously. He was very skilled in shooting arrows.

● His position can be understood from the battle of Uhud, during which he stayed steadfast and fought bravely and protected our Beloved Nabi ﷺ. He lost two of his front teeth while trying to remove two links of armour that had sunk into the blessed cheeks of our beloved Nabi ﷺ.

● He was given the title ‘ امین ھذہ الأمة’ (the trustworthy one of this ummah). This was as a result of the trustworthy nature of Abu Ubaydah رضي الله عنه.

● His trust and position in the eyes of Allah and his Rasool ﷺ can be understood from the fact that he was sent as a governor/ leader to many places to teach people about deen and attend to the affairs of the people.

● During the time of Umar ibn al-Khattab رضي الله عنه, he was among the six people chosen to choose the next Khalifah.

● In 18 AH, a plague spread in Shaam and Abu Ubaydah رضي الله عنه fell ill with this plague and passed away at the age of 58. Sayyiduna Muadh Ibn Jabal رضي الله عنه performed his Janazah salah and He is buried in Shaam. 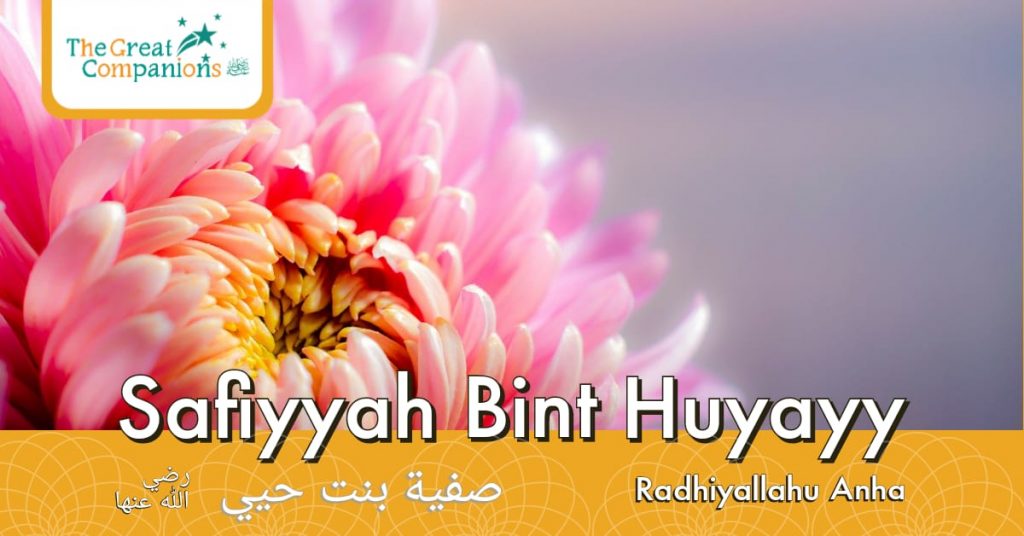