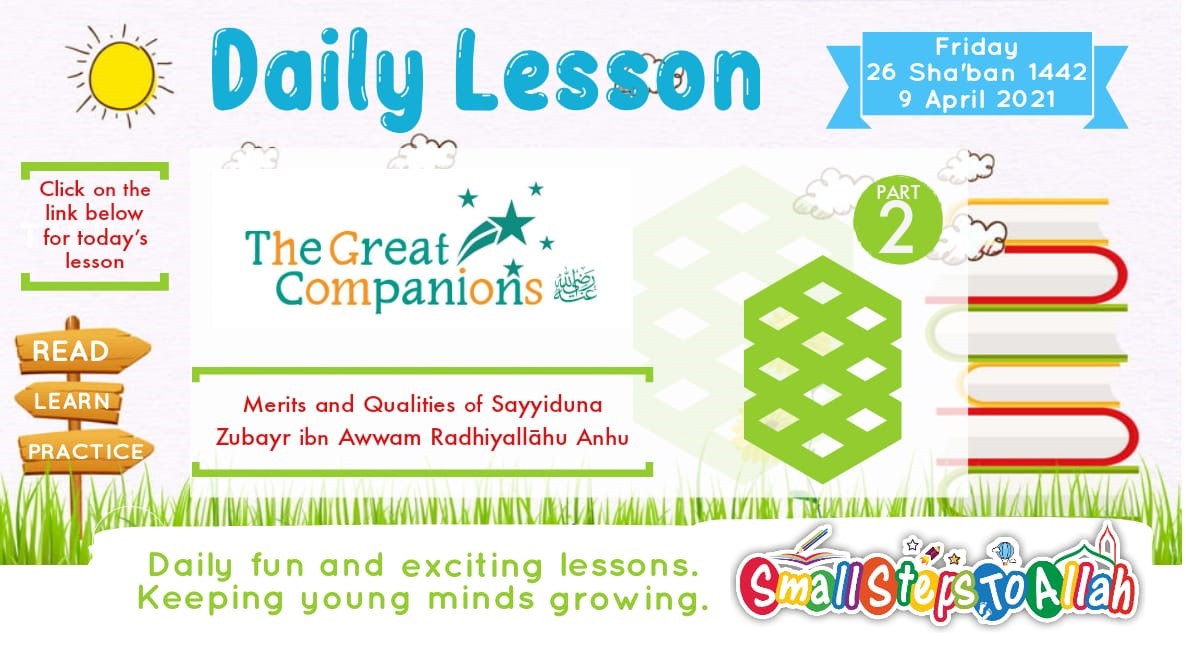 2) He was very pious

3) He was very firm on Iman

4) He was extremely generous.

2) He was the first person to draw his sword in defence of Islam.

3) He accepted Islam at a very young age. His father’s brother would tie him and ignite a fire saying: return to your old religion but he would never reply!

5)  Our beloved Nabi ﷺ said, “Verily, every Nabi had a disciple, and verily, my disciple is Zubayr Ibn Awwam رضي الله عنه

6) During the Battle of Badr, our beloved Nabi ﷺ said, the Angels came to assist the Muslims in the appearance of Zubayr Ibn Awwam رضي الله عنه wearing a yellow turban.

8) Sayyiduna Ali رضي الله عنه said, “My ears heard from the beloved mouth of our beloved Nabi ﷺ, that Talha and Zubayr will be my neighbours in Jannah.” (Tirmidhi)