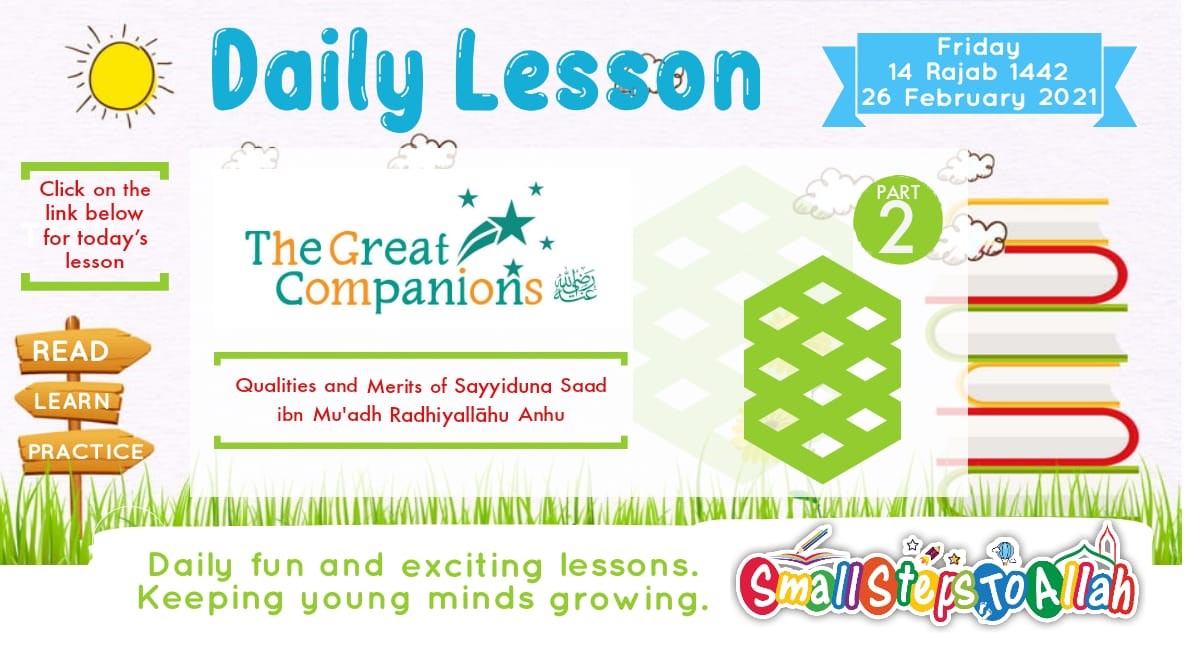 2) He was stern and passionate about the truth.

3) He was extremely courageous and brave.

4) He was just and fair in his decision making.

5) After Islam he became dedicated to our beloved Nabi ﷺ and the Muslims.

1.) Jabir bin Abdullah says that he heard Rasulullah ﷺ say: The Throne of the Allah Ta'ala shook because of the death of Sa'ad bin Mu'adh. (Bukhari)

2.) He was such a lofty person that 70,000 angels participated in his Janzazah salah.

3.) Rasulullah ﷺ was gifted a silk garment. The Sahabah رضي الله عنهم began to touch it and they were amazed at it’s fine quality. Nabi ﷺ asked, ‘Do you admire the softness of this garment? The handkerchiefs of Sa’d ibn Mu’adh رضي الله عنه in Jannah are [better and] softer than this. (Bukhari)

4) When he passed away, Our beloved Nabi ﷺ said to him, “ May Allah reward you in the best way, You fulfilled all the promises you made to Allah Ta’ala. Surely, Allah Ta’ala will fulfil all His promises.”

5) At the news of his passing away, the companions were grieved to such an extent that Sayyiduna Abu Bakr and Umar رضي الله عنهما wept and our beloved Nabi ﷺ held his beard to control himself in sorrow. (Siyar A’lam Nubala)