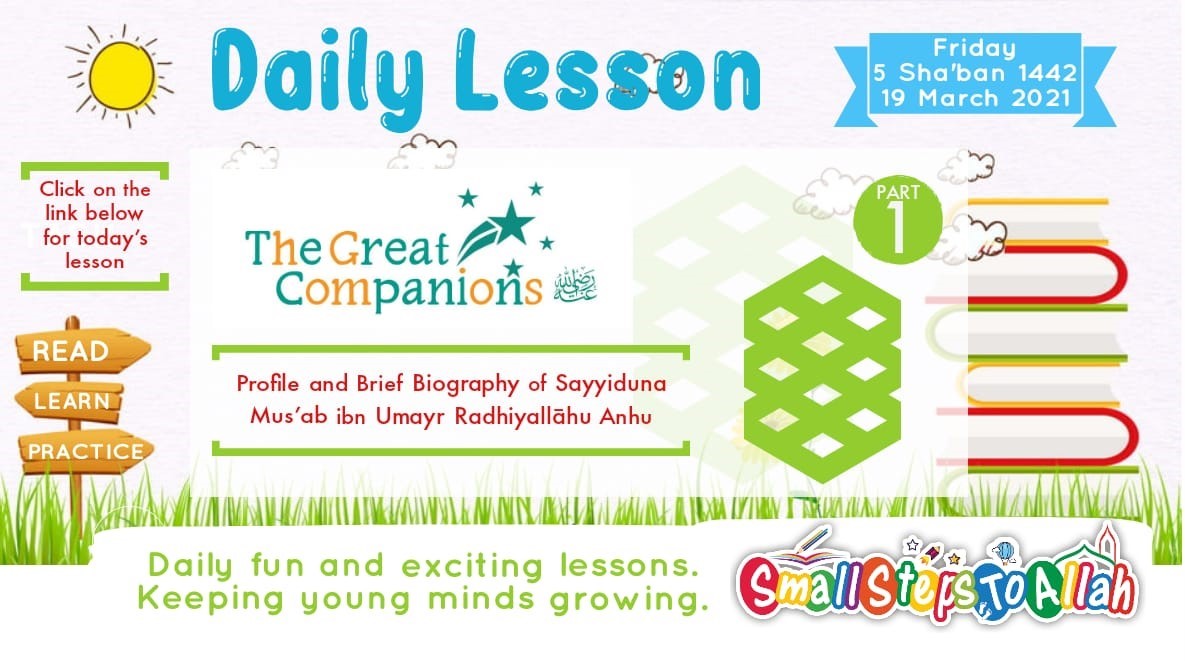 ● Sayyiduna Mus’ab the son of Umayr was a very handsome, wealthy and intelligent companion of our beloved Nabi ﷺ

● He was born to a wealthy family and was brought up in great luxury and comfort and would walk the streets wearing the best garments and perfumes.

● He accepted Islam in the very early days of our beloved Nabi ﷺ’s prophethood. Out of fear of his family, he kept it a secret but they soon came to know and tortured him.

● He was known for his intelligence from a very young age and for this reason, he was allowed to join the senior gatherings of the Quraysh.

● He received the title of ‘Safeer Al Islaam’ – The Ambassador of Islam when he became the first person to be sent as an ambassador to Madeenah, which at the time was known as Yathrib. He was sent to educate and teach the people about Islam.

● He was further honoured with the opportunity to lead the first-ever Jumu’ah salah in Madeenah.

● Sayyiduna Mus’ab ibn Umayr رضي الله عنه carried out both the Hijrah, first to Abyssinia and then to Madeenah and was the first person to migrate to Madeenah

● He passed away at the approximate age of 40 and is buried in Madeenah near Mount Uhad.

May Allah Ta’ala grant a great amount of reward for all of his services to Rasulullah ﷺ and to our deen and give us all the ability to emulate his great companions in every way.