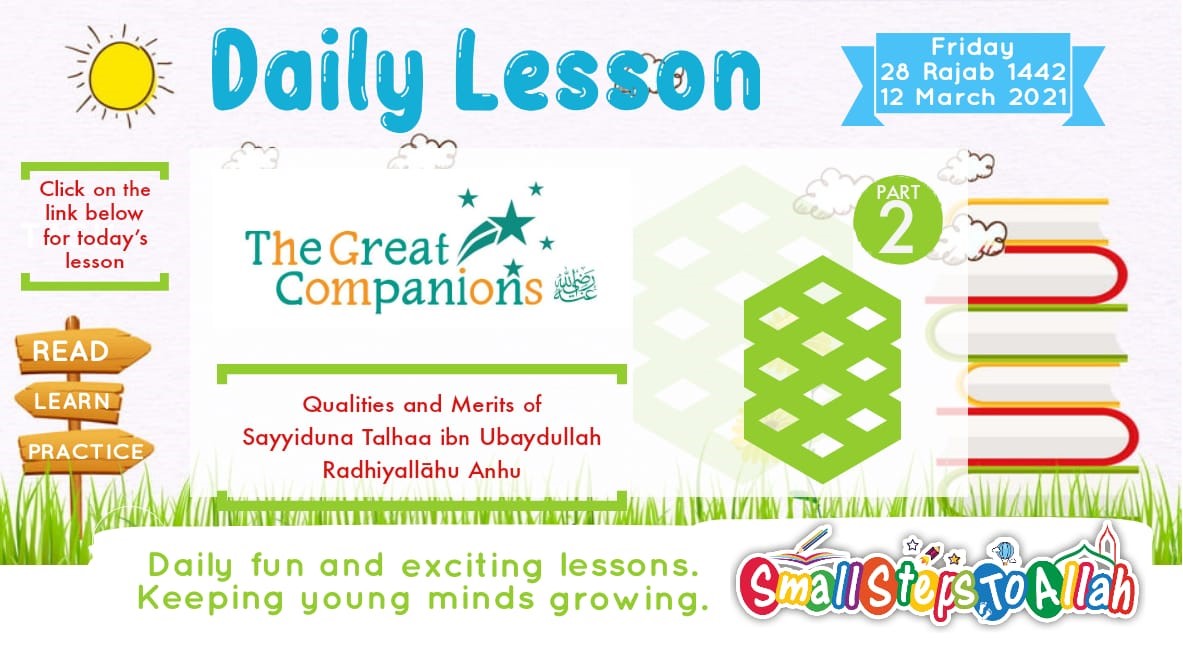 2) He was extremely generous and spent large amounts of his wealth for Islam.

3) He was very respected and intelligent.

4) He was a very successful merchant.

5) He possessed a very high level of trust and showed great devotion to our beloved Nabi ﷺ.

1) On the Day of Uhud, the Messenger of Allah ﷺ due to wearing heavy armour could not climb on to a boulder. Sayyiduna Talha رضي الله عنه lowered himself so our beloved Nabi ﷺ could use him to climb upon the boulder. Our beloved Nabi ﷺ said upon this act of his that Jannah is obligatory for Talha.

3) Our beloved Nabi ﷺ has said about him that whoever desires to see a martyr walking on the ground, let him look at Talha bin Ubaydullah. [Mishkat, Ibn Hisham]

6) He was married to Hamnah bint Jahsh, who was the sister of the mother of believers Zaynab bint Jahash رضي الله عنهما. So by this, he shared a family connection with our beloved Nabi ﷺ.