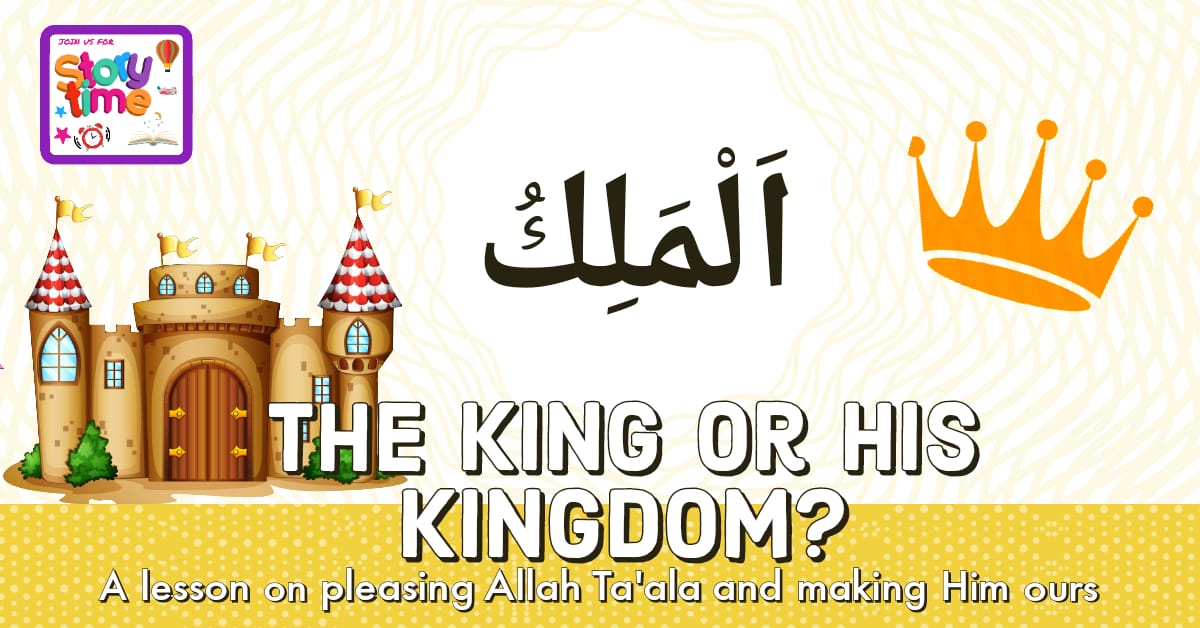 Once upon a time, there was a king who had a huge kingdom. He had a huge castle, lots of servants, beautiful gardens, many horses and carriages and lots of gold, jewellery and comfortable furniture.

One day he felt very generous and decided to let the people have a look at his great riches and also share it with them.

He called his favourite servant and said to him, go and announce to the people that tomorrow from sunrise to sunset the gates for my palace will be open to you all. You can come and see all that I have and because I am your king, whatever you will place your hand on, will become yours.

The servant did as the king commanded and the word quickly spread. ‘Tomorrow the king is opening his palace to the people, and he is giving away lots of gifts and treasures!’.

People began to queue at the palace gates form midnight and waited with great excitement.

As the sun began to rise from the east the gates to the kingdom were opened and the people rushed through ready to take home what they could. Horses, gold, fine pieces of furniture, robes, even cups and utensils, fresh fruits, whatever was on show people were claiming and taking away with them.

The king sat on his throne and watched with great joy. As the time for sunset grew closer his attention turned to his favourite servant who stood very happily beside the King and watched the people.

‘You too should go and claim some fortune today, go quickly before the sunsets!’ said the king.

The servant remained in his place and questioned, ‘Anything I want, I can have?’

The King said, ‘yes yes, of course! Look before you and see they are all taking what they want.

The servant gently placed his hand on the shoulder of the king and softly said, ‘this is what I want.’

‘All they are taking will soon come to an end, I want the king to be mine, for if the king is mine I can have whatever I want from his kingdom whenever I want.’

Like in the story where the king gave to the people, Allah Ta’ala, Al-Malik the king of all Kings, gives to all his creations every second of the day. Without our Allah Ta’ala, we would have nothing.

What we can do to get even more is to be obedient to him and by doing this we become His close servants. With this Allah Ta’ala will give us even more and help us in every stage of our lives.