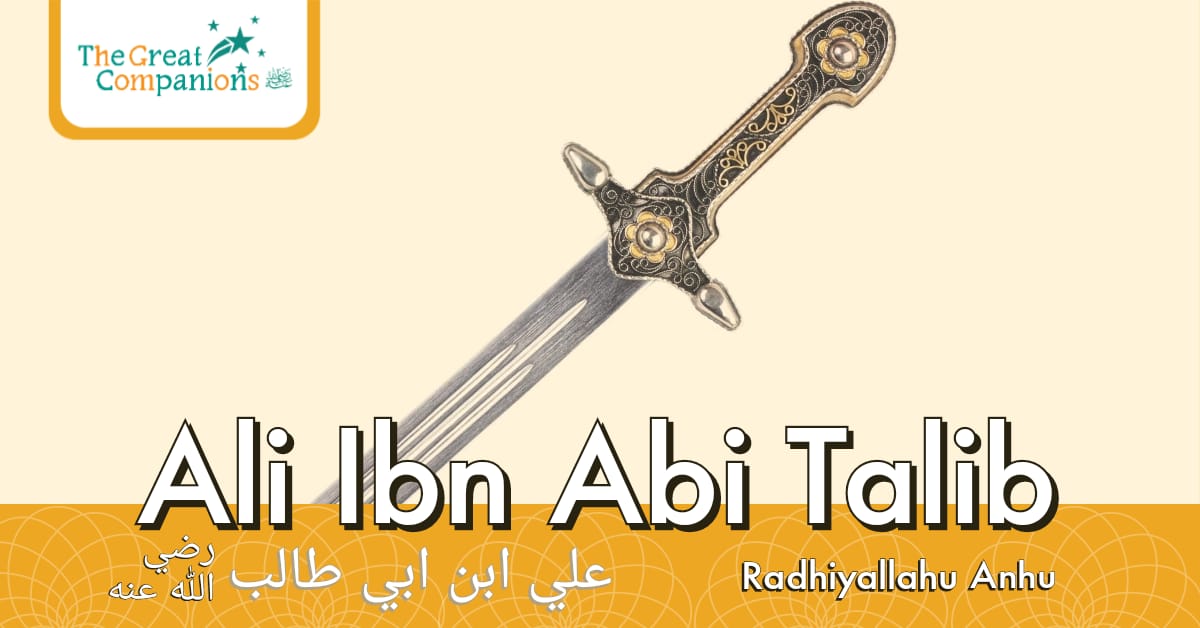 A Glimpse in to the life, merits and qualities of a great companion of our beloved Nabi ﷺ, Ali Ibn Abi Talib رضي الله عنه

●He accepted Islam at the young age of 10 years and was the first child to accept Islam.

●He was gifted the opportunity of spending nearly 30 years with our beloved Nabi ﷺ and while being his first cousin, he also became his son in law when he married Fatimah رضي الله عنها.

● He is among the Asaharah Mubasharah (the 10 who were promised Jannah) and after Uthmaan رضي الله عنه was martyred he became the fourth caliph for the Muslims.

● Sayyiduna Ali رضي الله عنه remained caliph for 5 years until he was martyred during salah at the age of 63. He was in Iraq at the time and was buried there.

From among the many great qualities of Sayyiduna Ali رضي الله عنه, one was his strength and courage.

Due to this battle, the non-Muslims had gathered an Army of 10,000 which included some of the finest warriors. Amr ibn Abd al-Wud was the best of them and he challenged the Muslims to a one on one combat. Sayyiduna Ali رضي الله عنه bravely stepped forward wielding the sword named Zulfiqar.

It was after this battle that our beloved Nabi ﷺ gave Sayyiduna Ali رضي الله عنه the name, Asadullâh (أَسَـدُ الله‎), which means ‘Lion of Allah’