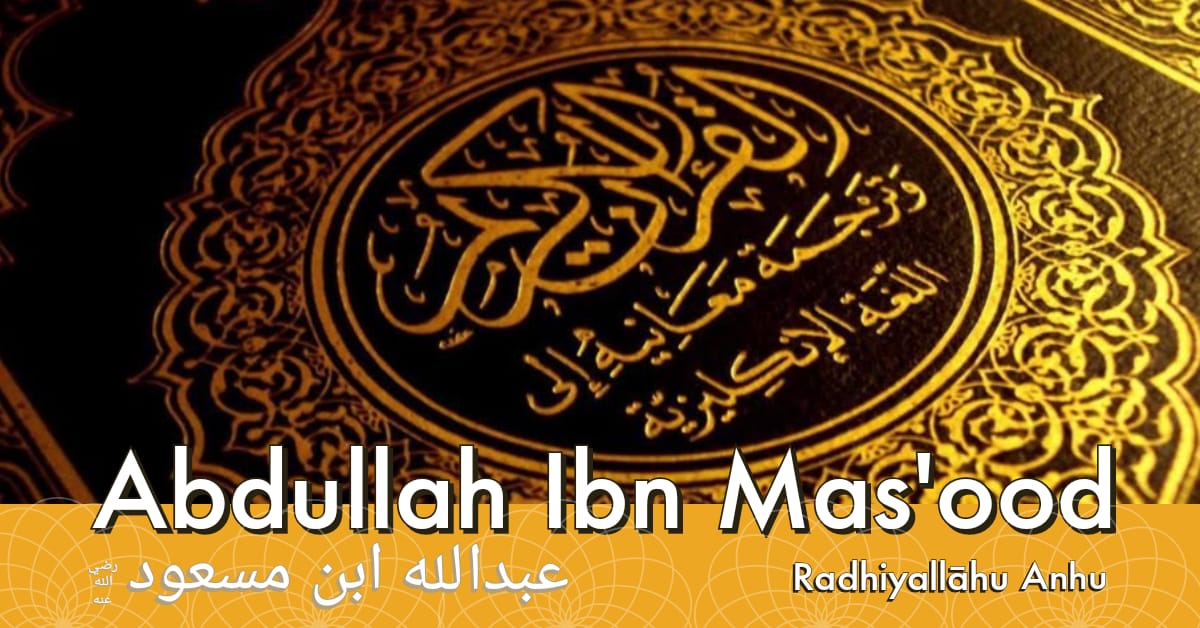 A Glimpse in to the life, merits and qualities of a great companion of our beloved Nabi ﷺ, Abdullah Ibn Masood رضي الله عنه

●After our beloved Nabi ﷺ passed away, Umar ibn Khattab رضي الله عنه sent him as a teacher of the Qur’an to Kufa where he continued learning and teaching. During the final years of Uthman’s رضي الله عنه khilafat, he was called back to Madeenah.

●Abdullah Ibn Mas’ood رضي الله عنه passed away in 32 AH, in Madeenah at the age of 60 and is buried in Jannatul Baqi, Madeenah.

3) He always walked with the Prophet ﷺ, helped him put on his shoes and carried his things like his staff, pillow, perfume and miswak. When the Prophet slept, Abdullah Ibn Mas’ood would wake him up. Therefore, the Companions called him Sahibus-Sawad was-Siwak, Sahibun Na’layn, and also Sahibul Wisaadah.

‘What is your illness?’ Sayyiduna Abdullah replied ‘My sins.’

Sayyiduna Uthman رضي الله عنه further asked: ‘And what do you desire?’

Hearing this reply Uthman رضى الله عنه said, ‘Shall I not give you your allowance which you have refused to take for years now?’

He replied saying: ‘I have no need of it.’

Sayyiduna Uthman رضي الله عنه replied saying, ‘If you do not need it for yourself then at least take for your daughters to use after you.’

Sayyiduna Abdullah رضي الله عنه became emotional and said ‘Do you fear poverty for my children? I have commanded them to read Surah al-Waqiah every night for I have heard the Prophet ﷺ saying,

“Whoever reads Surah Al-Waqiah every night shall not be afflicted by poverty ever.”