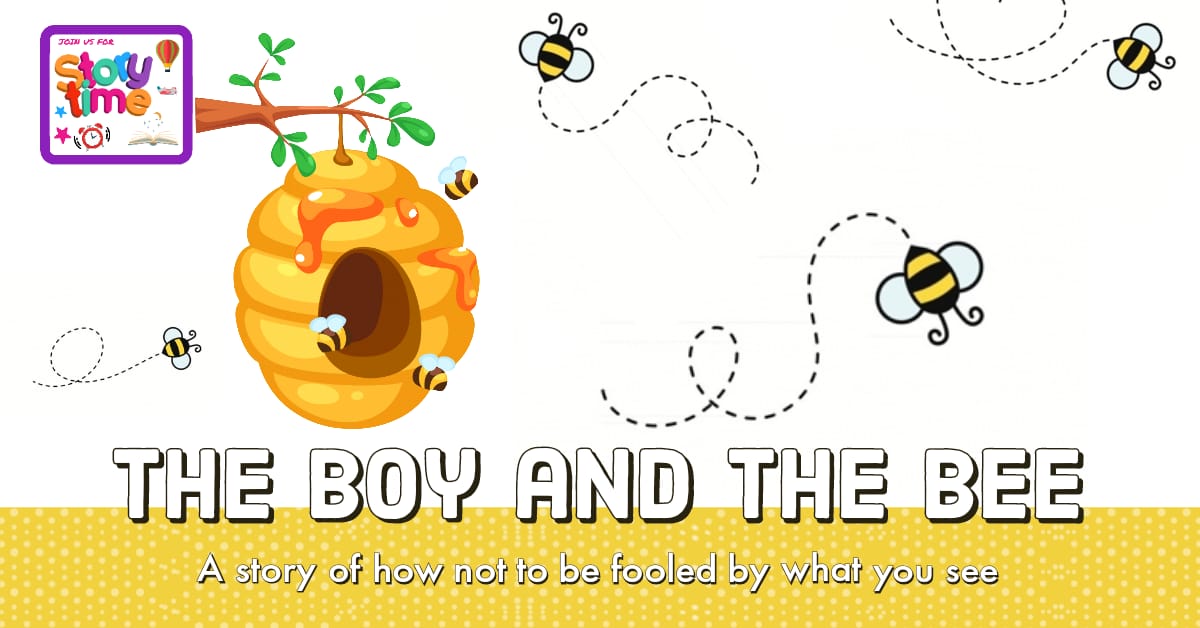 A little boy was taking a walk in a park when he saw a colourful bee. He very much liked the bee, so he decided to catch it. However, just as he was about to grab the bee, it took off and flew away.

As hard as the boy tried, he could not catch the bee. All the boy could see was how pretty the bee was. He did not know about the sting the bee carried. The bee eventually grew tired and hid inside a rose.

The boy grabbed the rose with the bee inside and because the bee now had no other option, he stung the boy. The boy started to scream and cry. In fact, the sting was so severe that he even fainted.

All this happened because he was fooled by what he saw and did not think about the consequences.

As we learn from this story that we can easily be fooled to think something is beneficial whereas, in reality, it is harmful.

One such example is committing sin and displeasing Allah. We may think it is fun but the result of the sin will always be very unpleasant.

So the next time we have the opportunity to do something wrong, think of the boy and the Bee and be smart.