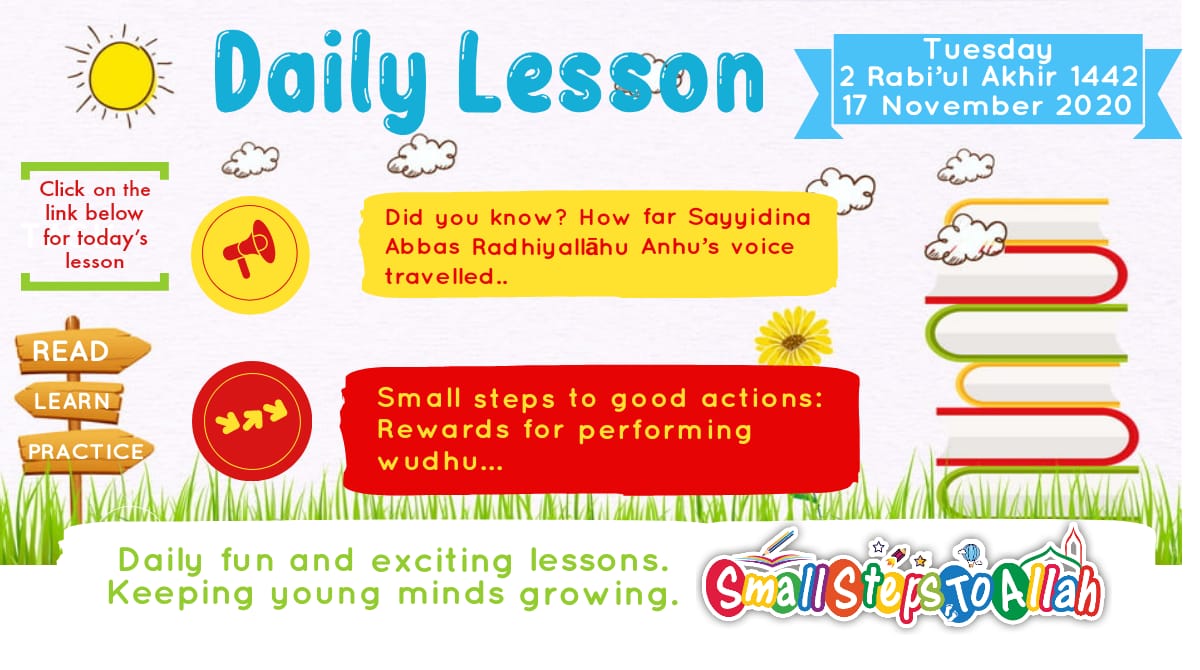 Did you know? Did you know Sayyiduna Abbas رضي الله عنه was said to have had a very booming (loud voice). It is said that his voice could be heard at a distance of 8 miles! Amazing right?

We all perform wudhu to perform great acts of worship such as performing salah or reciting the Qur’an etc.

What if we found out that wudhu itself is a very special act of worship which holds many virtues? Yes, it’s true! Wudhu has so many benefits. So we need to stop doing wudhu quickly and carelessly and start doing wudhu properly, making sure we are following all of the sunnah methods related to wudhu and thinking of all the special rewards and virtues our wudhu is bringing us.

Let’s look at a few special rewards of performing wudhu:

Reward One – Sins are forgiven!
All the body parts washed during wudhu, are cleansed from any sins they had committed. (Muslim)

Reward Two – Shining body parts
Our beloved Nabi ﷺ has informed us that our ummah will be distinguished from the rest of mankind on the Day of Judgement by the shine on the limbs of wudhu. Our beloved Nabi ﷺ, therefore, encouraged that “…Those who can increase the shine should do so”. i.e. by washing extra (Bukhari)

Reward Three – Past and Future sins are forgiven
All the past and any future minor sins of the person who makes a proper wudhu (i.e, by washing all limbs completely) on a cold day will be forgiven. (Musnad Bazzar)

Reward Five – A Haji in Ihram
One who performs wudhu at home then proceeds to the masjid for fardh Salah secures the reward of a Haji in the state of ihram. (Abu Dawud)

Reward Six – Reward on every step
For every step taken towards the masjid in the state of wudhu one sin is forgiven, one reward is gained and one stage is elevated in the hereafter. (Sahih Bukhari)

Reward Seven – A Very special Dua for longer reward
If a person recites the following du’a before starting wudhu, the angels will continue recording reward for him as long as he remains in that wudhu:

Translation: In the name of Allah, all praise is for Allah. 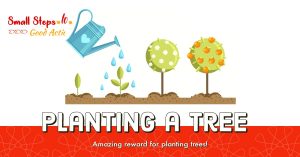 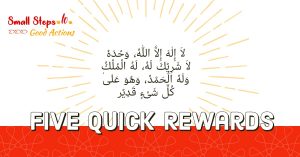