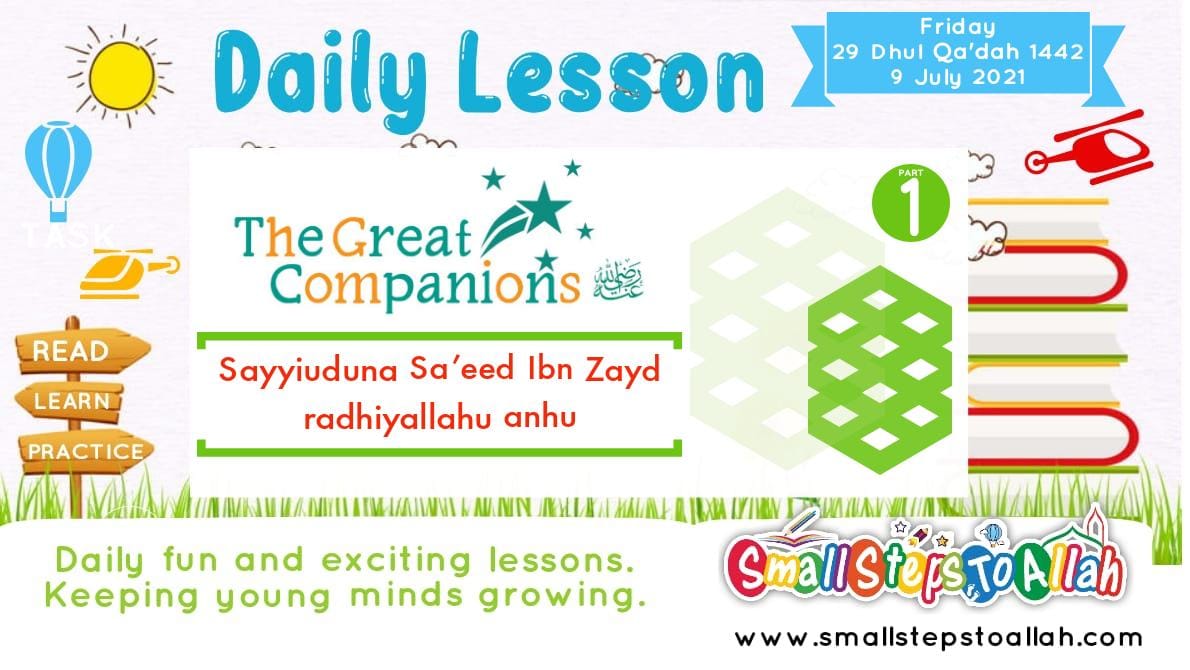 ● Sayyiduna Sa’eed رضي الله عنه , the son of Zayd Ibn Amr was an extremely brave and courageous companion of our beloved Nabi ﷺ.

● Sa’ eed Ibn Zayd رضي الله عنه is among the Asharah Mubasharah (the 10 sahaba who were promised Jannah). He also performed the Hijrah to Madeenah al-Munawwarah.

● He had the honour to participate in all the major battles except the battle of Badr in which he was sent on another important job by our beloved Nabi ﷺ, but he is still regarded as a participant of Badr.

● He was known for his courage and his power to bring up the morale in Muslims.

● He was known to be ‘Mustajabu al-Da’awat’ (one whose prayers are readily answered).

● He was also sent as a governer to Damascus for a short while during the time by Sayyiduna Umar رضي الله عنه.

● Sa’eed Ibn Zayd رضي الله عنه passed away at al-Aqiq at the age of 70. His body was carried back to Madeenah al-Munawwarah by Sa’d Ibn Abee Waqqas and Abdullah Ibn Umar رضي الله عنهما and is buried in Jannatul Baqi