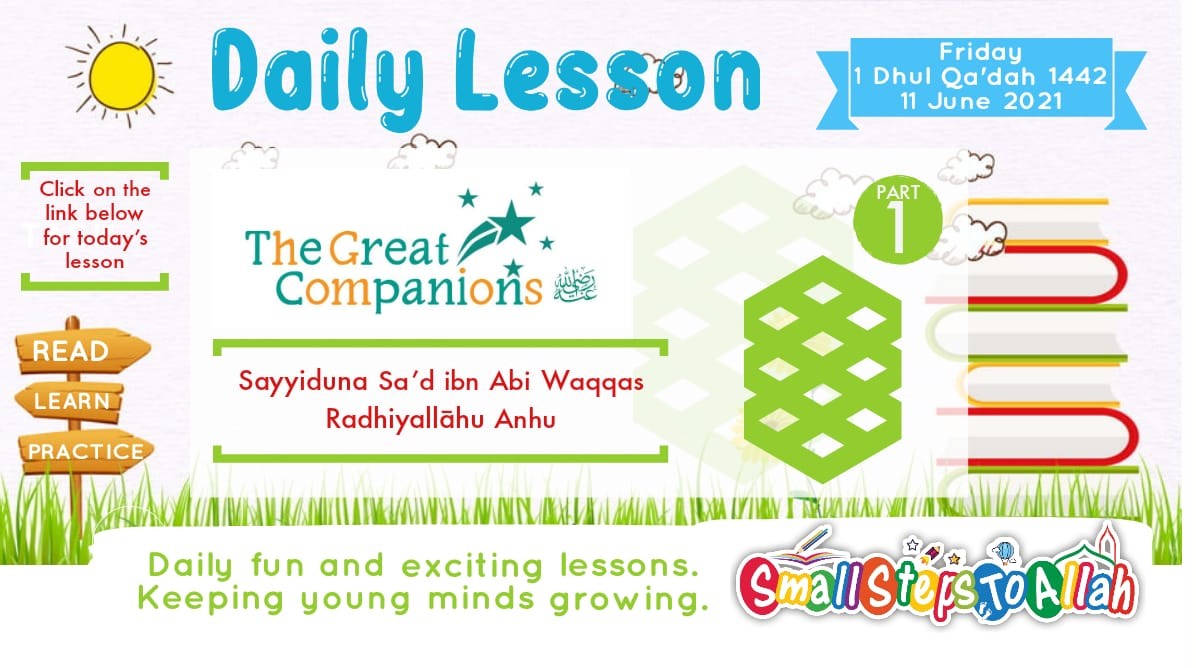 ● Sa’d رضي الله عنه , the son of Malik (who was also known as Abu Waqqas), was an extremely brave, courageous and intelligent companion of our beloved Nabi ﷺ

● He was among the first 7 companions to accept Islam and at the time of acceptance, he was at the young age of 17. His entry to Islam came through the invitation of Sayyiduna Abu bakr al-Siddiq رضي الله عنه.

● After accepting Islam, his family tried to make him leave Islam but he remained firm.

● Sa’d Ibn Abi Waqqas رضي الله عنه is also among the Asharah Mubasharah (the 10 sahaba who were promised Jannah) and was the last among them to pass away.

● He participated in all the major battles during his lifetime and always fought very courageously.

● He was well known for his far-sightedness and his skill in shooting arrows. Due to this skill, he became the first person to shoot an arrow in the path of Allah (for the defence of Islam).

● His position can be understood from the battle of Uhud, during which he stayed steadfast and fought bravely alongside our Beloved Nabi ﷺ.

● He was known to be ‘Mustajabu Al-Da’awat’ (one whose prayers are readily answered). This was as a result of a Dua made by our beloved Nabi ﷺ.

● During the time of Umar ibn al-Khattab رضي الله عنه, he was among the six people chosen to choose the next khalifah after his death.

● Sa’d Ibn Abi Waqqas رضي الله عنه passed away in Madinah al-Munawwarah during the reign of Sayyiduna Muawiyah رضي الله عنه. He was approximately 78 years at the time and He is buried in Jannatul Baqi.