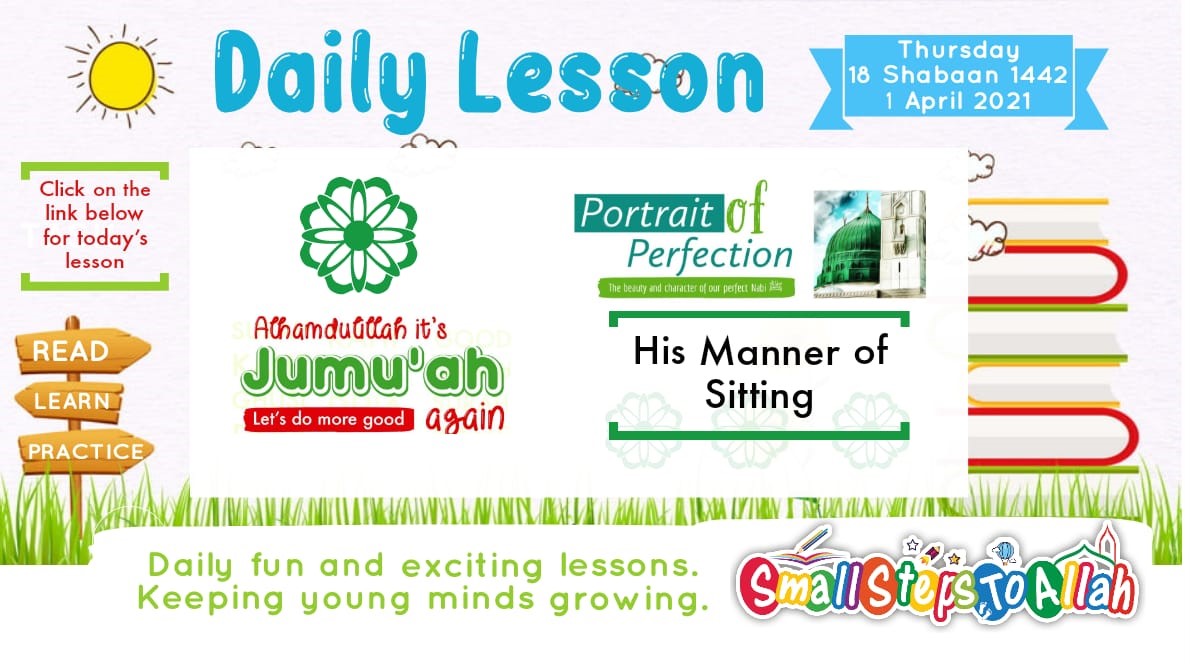 His Manner of Sitting ﷺ

Describing our beloved Nabi ﷺ’s style of sitting the Sahabah give the following descriptions:

Sitting on the floor

Sayyiduna Abdullah Ibn Abbas رضي الله عنه says that our beloved Nabi ﷺ mostly sat on the floor and he would have his meals whilst sitting on the floor. (Kanzul Ummal)

Similarly, Sayyiduna Abu Saeed رضي الله عنه says that our beloved Nabi ﷺ would sit in the Habwah posture whilst in the Masjid. (Shama’il)

– Qurfusa and Habwah are two sitting postures which were common in the time of our beloved Nabi ﷺ.

– Both these positions reflect humility and humbleness.

– They both refer to sitting on the floor on one’s bottom, with the legs bent at the knees, both feet on the ground and the thighs pulled up against the chest.

– The difference between the two postures is that to keep the thighs close to the chest, in the Qurfusa position, the hands are braced around the shins, whilst in the Habwah position a piece of string or cloth is used to keep the hands free.

Sayyiduna Anas رضي الله عنه says that cushions or rugs were never placed at his blessed sitting place in any gathering (as our beloved Nabi ﷺ preferred simplicity and was very humble). (Akhlaq an Nabi)

Sayyiduna Jabir رضي الله عنه further explains that he once saw our beloved Nabi ﷺ reclining to his left side and leaning against a cushion. (Shama’il)

Sitting on a chair