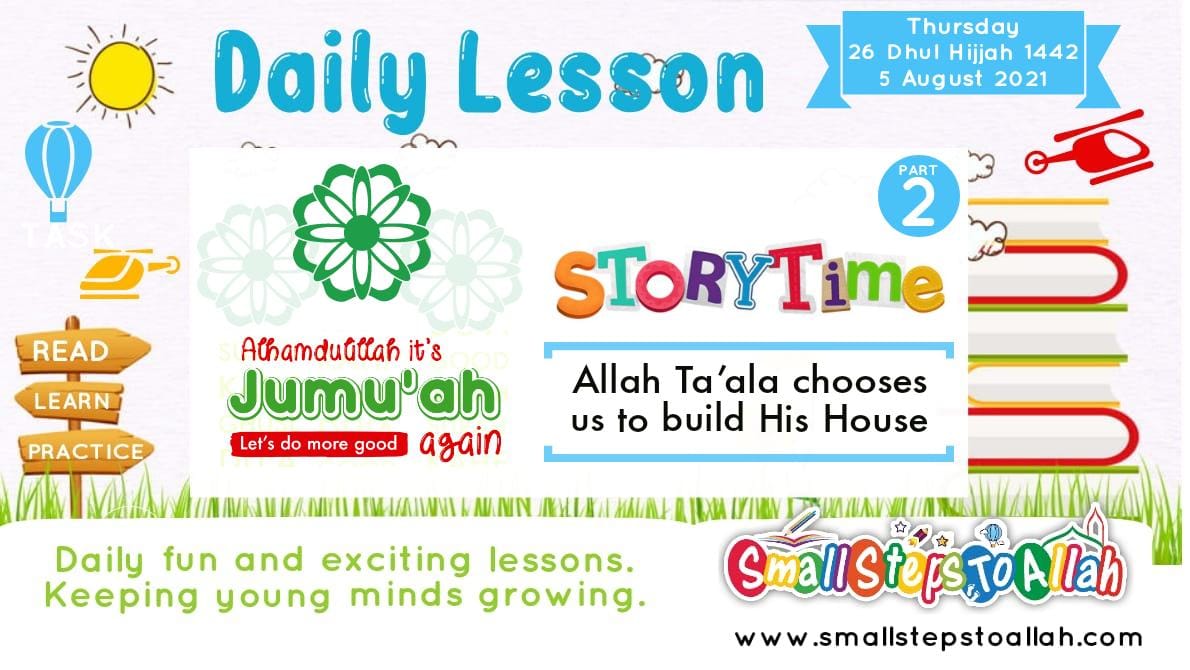 Allah Ta’ala chooses us to build His House (Part 2)

A Beautiful masjid was being built and ran out of funds. They needed to raise £50,000 by Friday. Let’s see how Allah Ta’ala works in mysterious ways and helps this masjid.

A distance away there is a young businessman by the name of Hamid. He has been in a business trip travelling from city to city. It is Thursday night and the weather changes and there are storms so Hamid is forced to exit the motorway and take some rest and end the night at a local hotel.

He is usually up early but that day after fajr he overslept. When his eyes opened he realised, it was too late to make the journey home in time for Jumu’ah so Hamid decides to drive to the nearest Masjid. The masjid is an hours drive from the hotel and he has enough time to make it there.

Hamid reaches the masjid and it happens to be the masjid that was short of funds.

As Hamid enters he can sense the anxiety. He is wondering what is happening. The Jumu’ah prayer takes place and the Imam stands immediately thereafter.

He begins by praising Allah Ta’ala for all His help and thanks the people for their help and support too and says, ‘Today is the final day. Give as much as you can and remember if you don’t then Allah will send someone who will.

This announcement touched the heart of Hamid. He immediately made an intention of donating the full amount of his most recent business profit to the masjid. He wrote out a cheque and went to meet the Imam. Seeing a new face the imam enquired and Hamid explained how he had ended up at the masjid.

The imam opened the envelope and was shocked to see a cheque of the exact amount the Masjid needed!

Allah had delayed Hamid’s journey, gave him the amount in profit that the masjid needed and through Hamid Allah Ta’ala had arranged to help the masjid.

There are many lessons to be learnt from this story:

1) Allah Ta’ala is the real giver, and He gives through us.

2) If we do not spend in good causes it is our own loss, Allah Ta’ala will get someone else to give.

3) Allah Ta’ala sometimes tests us to see if we turn to Him and trust Him.

4) Even though we know Allah Ta’ala will give us, we still need to try.

5) Allah Ta’ala always has an amazing plan. It is only a matter of time before we see it.