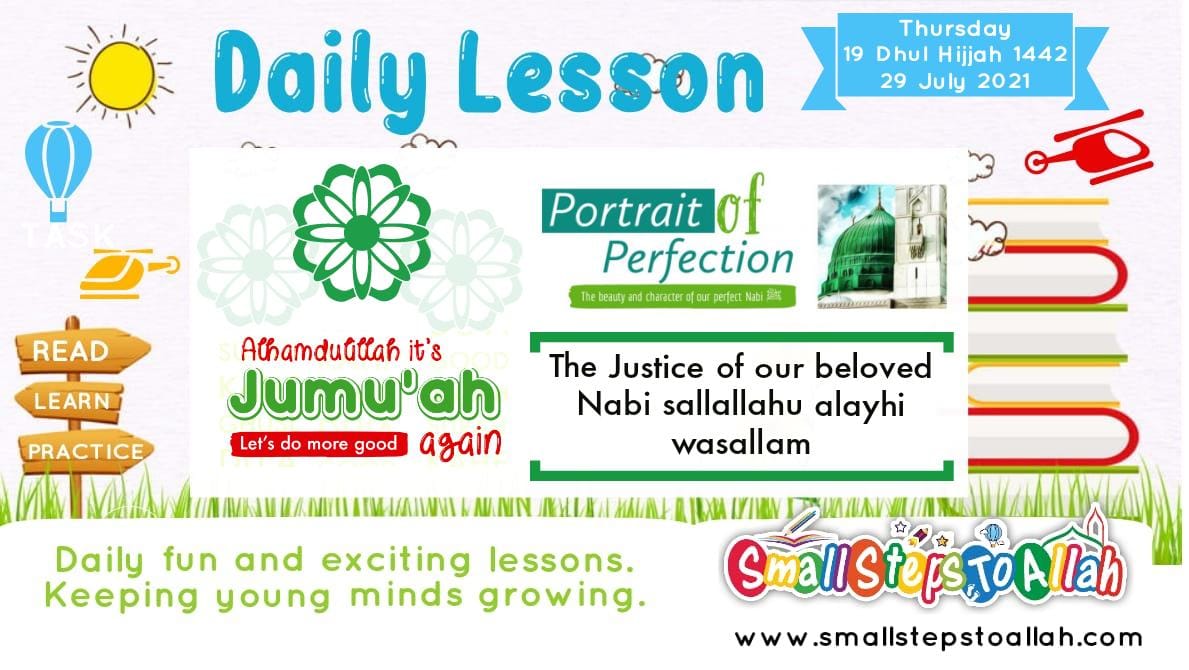 Our beloved Nabi ﷺ was extremely just and always decided with complete fairness. Let us look at a few examples of this great quality:

Similarly, a woman of the Makhzoom family who had good connections was found guilty of theft. Some people including Usaamah Ibn Zayd رضي الله عنه‎ interceded to save her from punishment. Our beloved Nabi ﷺ refused their request l saying:

“Many a community ruined itself in the past as they only punished the poor and ignored the offences of the exalted. By Allah, if Muhammad’s (My) daughter Faatimah would have committed theft, her hand would have been severed.” [Al-Bukhari]

These were just a few examples of the justice of our most beautiful, most perfect and most special Nabi ﷺ, who is a perfect role model for us all.