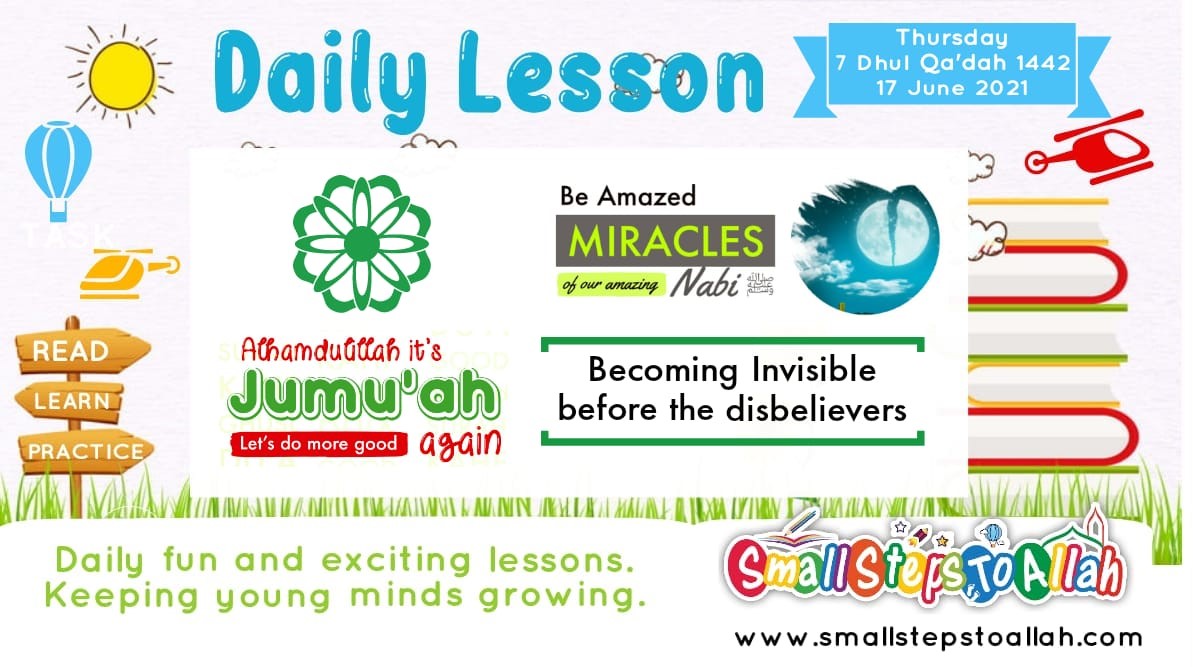 One night, the enemies of our beloved Nabi ﷺ plotted to collectively assassinate him.

They surrounded his blessed house, so there was no way to escape.

Before they entered, Allah showed His greatness by doing something against the norm.

Our beloved Nabi ﷺ became invisible to the enemies!

Yes! Despite the enemies waiting outside, our beloved Nabi ﷺ’s house, he emerged from the door taking a handful of sand hurling it in the direction of the disbelievers while reciting the opening verses of Surah Yaseen until the verse, Fa Agh Shaynahum Fahum la Yubsiroon.

Allah Ta’ala made our beloved Nabi ﷺ invisible to the enemies, and he walked right passed them without them realising.