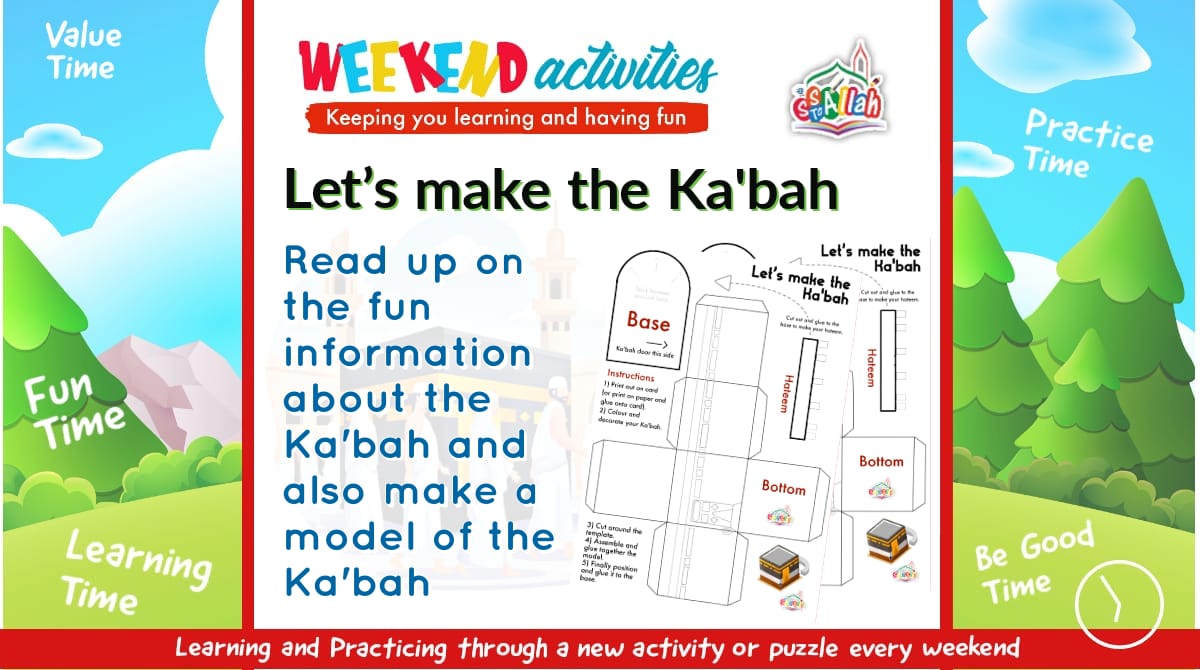 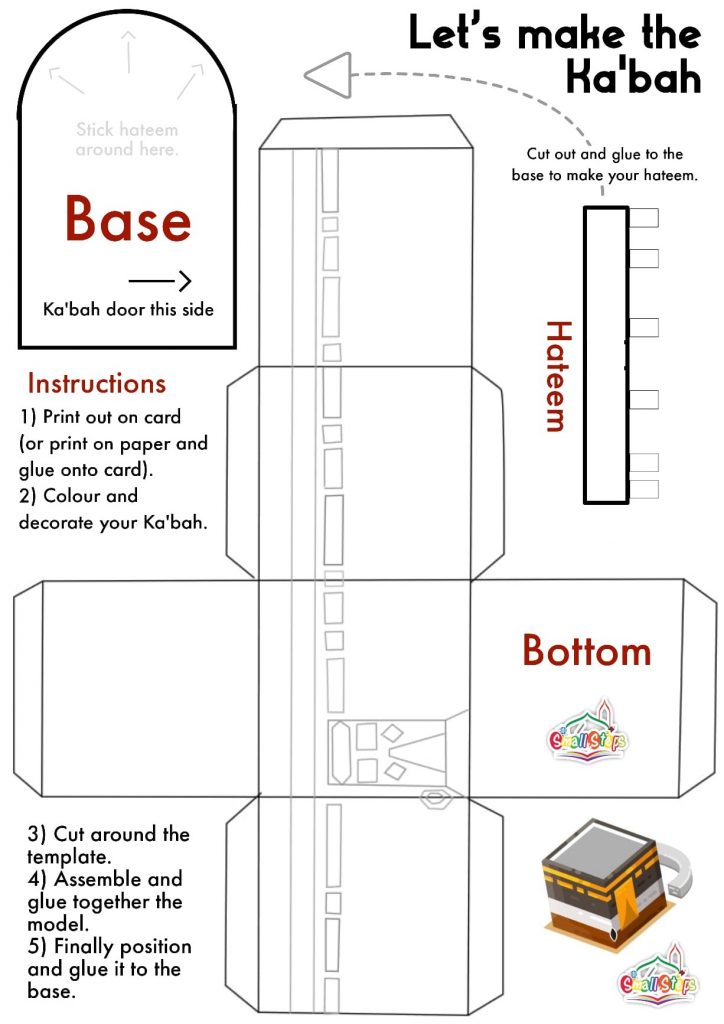 The Ka'bah was the first Masjid built on earth for the worship of Allah Ta'ala.

Many years passed and the Ka'bah was rebuilt by Nabi Ibraheem and Ismaeel عليهما السلام.

Over the years the Ka'bah was rebuilt many times due to it becoming damaged. As time went on, the shape also changed. Up until it is as we see it now, with the Ka'bah in a cubic shape and a semicircular half wall around the Ka'bah called the Hateem.

The Hateem is also a part of the Ka'bah. Anyone performing Salah in the Hateem, it is like they have performed Salah inside the Ka’bah.

The original Ka’bah used to have an entrance to enter and another to exit from.

Since the time of our beloved Nabi ﷺ the key to the door of the Ka'bah has been held by the Bani Shaiba family.

Muslims do not worship the actual Ka'bah rather it serves as a focal point of worship for Muslims around the world.

The Hajr al-Aswad, also known as the black stone is a stone from the heavens. When we kiss it our sins are forgiven.

The wall between the Door of the Ka'bah and the Black Stone is called Multazam. Du’as are accepted here.

The golden water spout also known as Mizaab-ar-Rahmah is situated on the upper part of the wall of the Ka'bah. Rainwater from the roof falls through this pipe and into the Hateem area. This water is blessed.

Other From 'Weekend Activities' 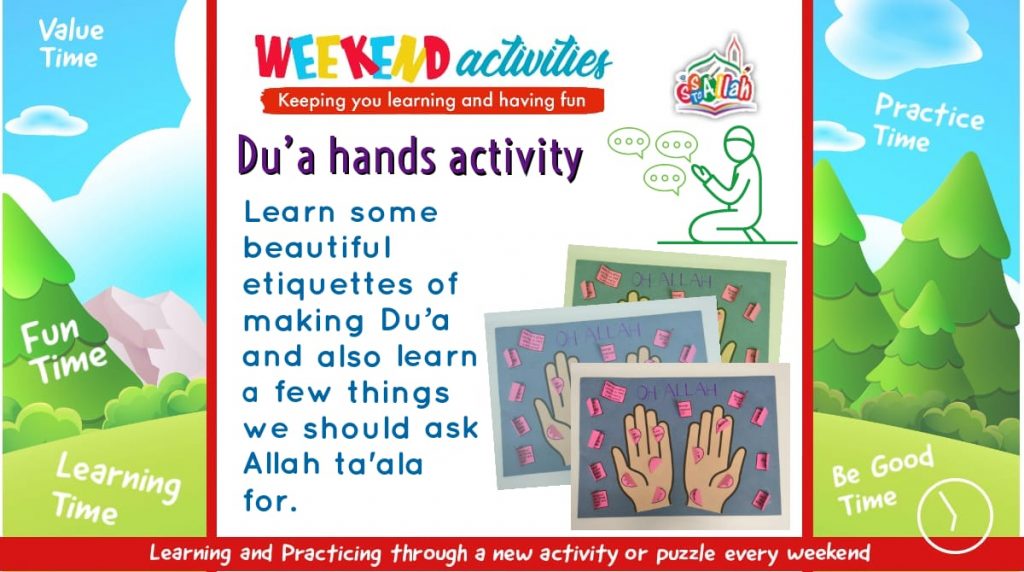 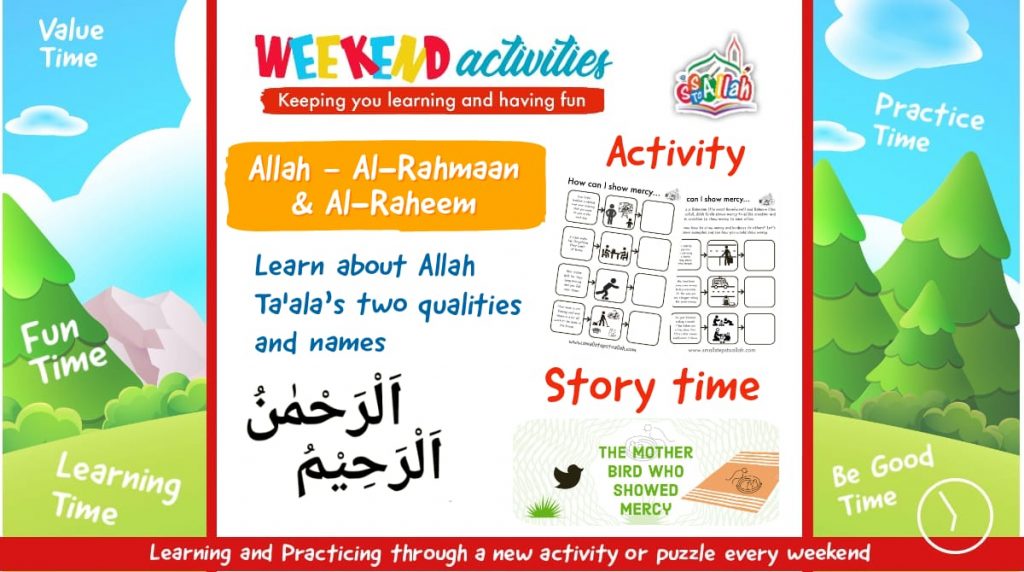 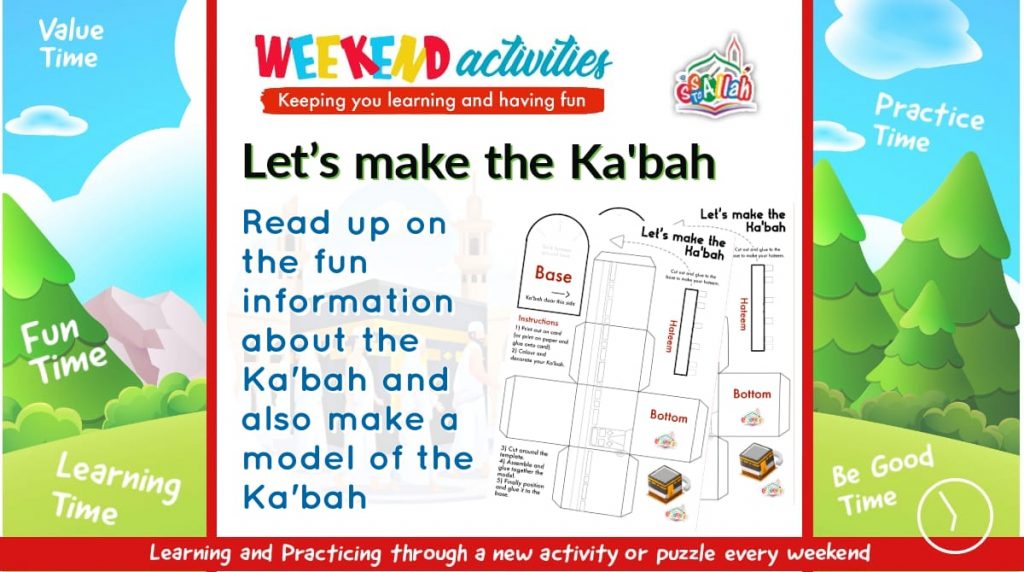 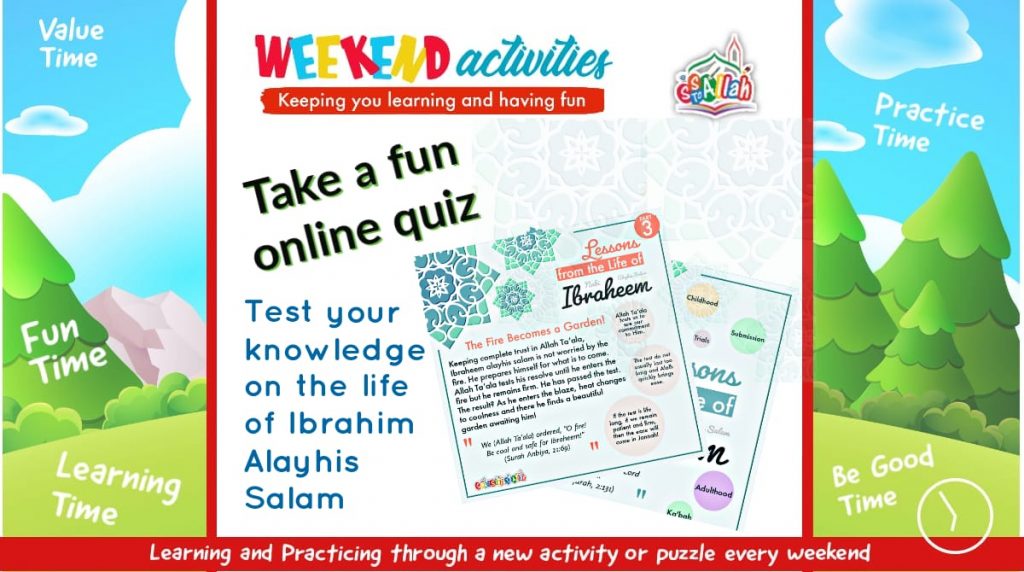 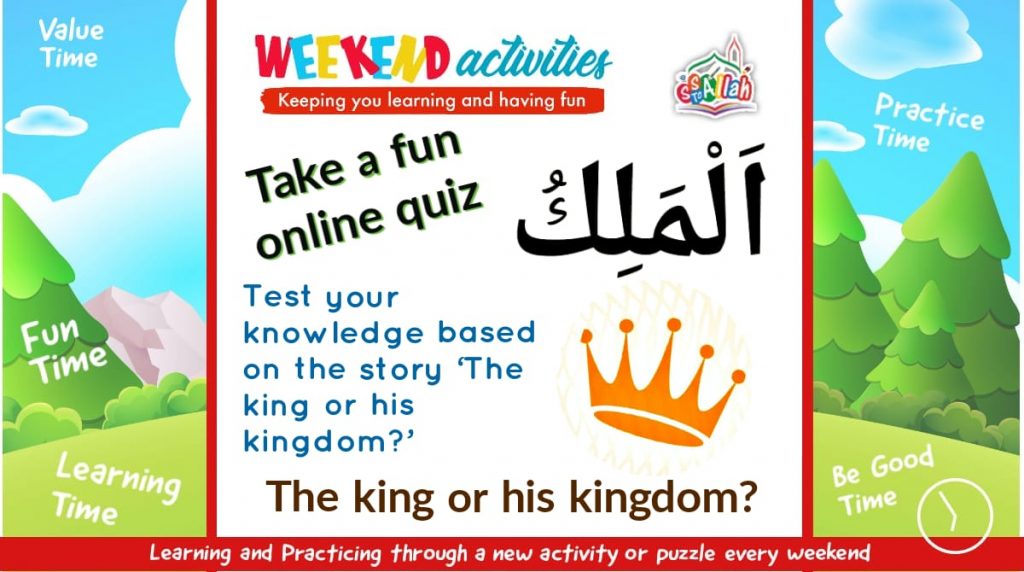 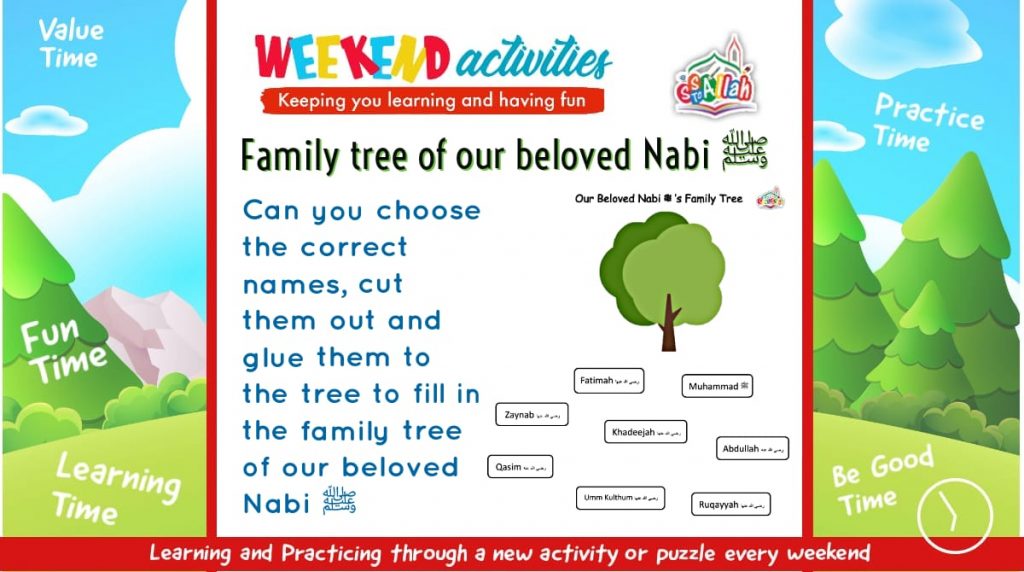 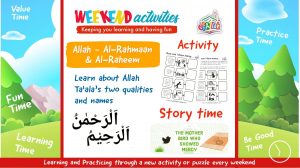 36. Weekend Activity – Ar Rahman (the most Gracious) & Ar Raheem (the most Merciful) 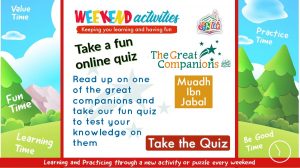 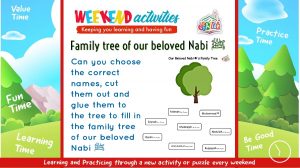