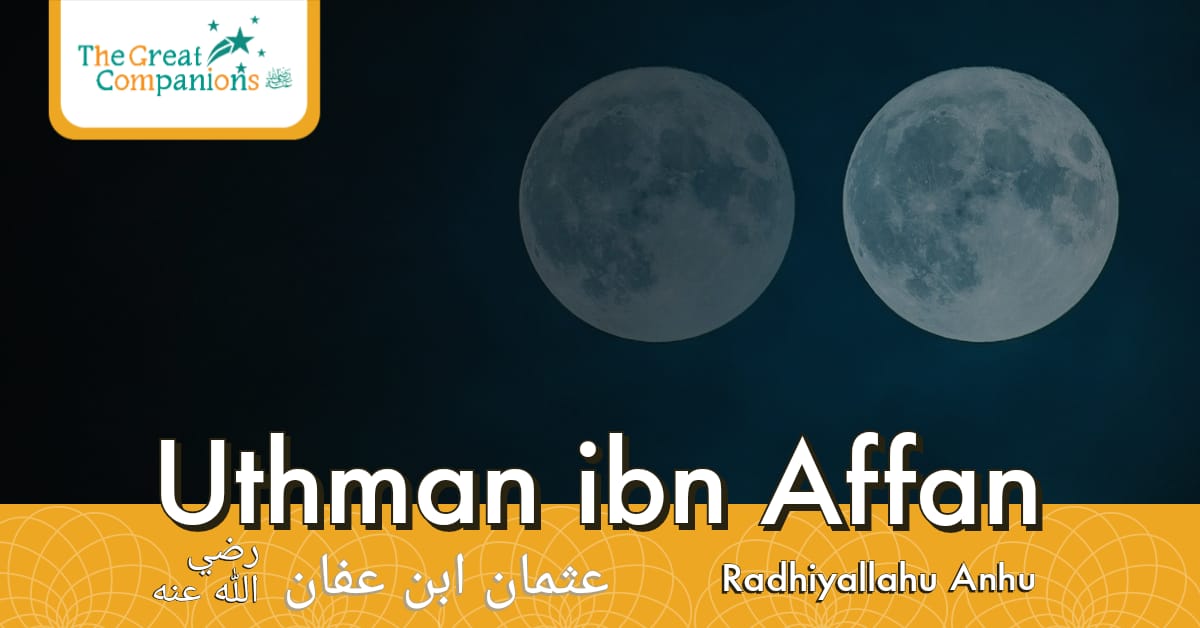 A Glimpse in to the life, merits and qualities of a great companion of our beloved Nabi ﷺ, Uthman Ibn Affan رضي الله عنه

Today we are going to learn about a great companion of our beloved Nabi ﷺ. He is best known as Uthman Ghani رضي الله عنه.

1) He was exceptionally generous spent and a large amount of his wealth to help Islam.

2) Despite being wealthy, he was very modest, lived a very simple life and adopted patience.

3) He was among the few people in Makkah who were educated.

4) He was very kind and caring by nature.

5) He was very pious and spent the nights in prayer and days in fasting.

Sayyiduna Uthman رضي الله عنه despite his high rank in the eyes of Allah Ta’aala and Rasoolullah ﷺ and being among those promised Jannah was extremely fearful of the afterlife.