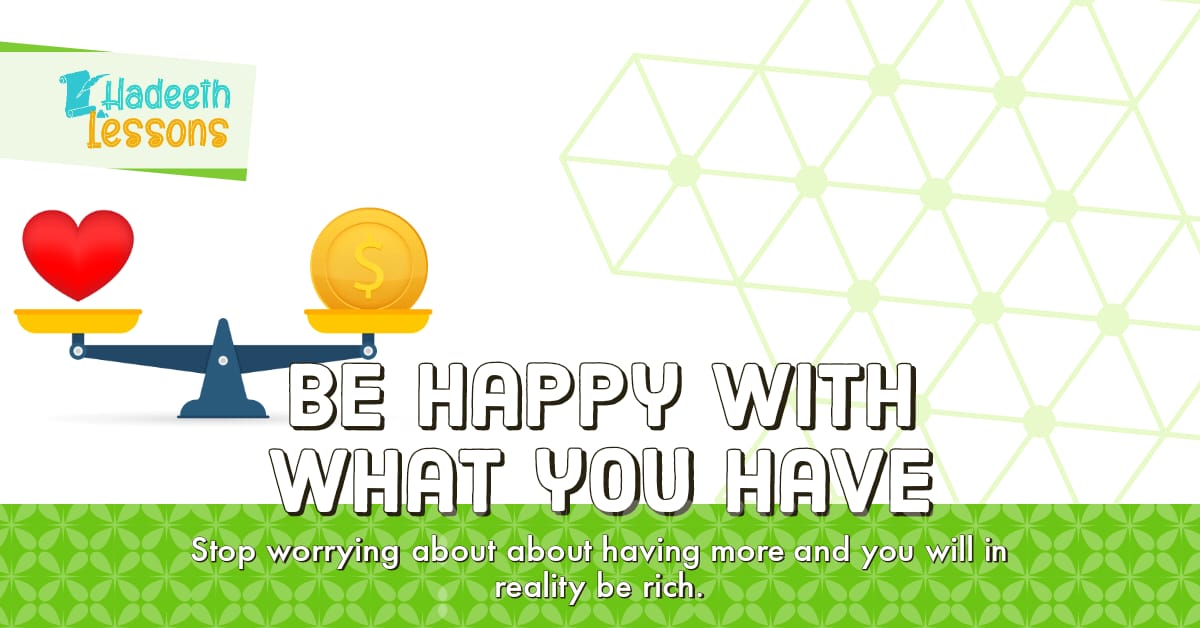 Be Happy with what you have

Our Beloved Nabi ﷺ said, “’Be content and happy upon whatever Allah has decided for you and you will be the wealthiest and most satisfied person”

However, the truth is:

1) We may never get any of these wishes, so we are most likely to be disappointed and left unhappy.

2) We may get all of these wishes but after getting them, we may still not be happy as we may want more or want something different. So again, we will be disappointed and left unhappy.

In this hadeeth, our beloved Nabi ﷺ has taught us a very simple rule to be happy.

Now how can we be happy and satisfied with what Allah Ta’aala has given us:

1) Expect little, do not worry about getting too much.

2) Look at those less fortunate than you, there will always be someone who has less than you.

3) Look and be grateful for what Allah Ta’aala has given you and think less about what he hasn’t given to you.

4) Daily sit and think of individual blessings of Allah Ta’aala upon you and how life would have been without those blessings (e.g. think of the use of the eyes and what life would be like if you were blind).

5) Do not let yourself be deceived by what you see. The person with a big house or a nice car also wants more and is feeling the same as you.

6) Understand that man is weak and will always want more. Our beloved Nabi ﷺ has said: “The greed of the son of Adam will never be filled. If he has a mountain of gold, he will want another”.

7) Understand the value of this world compared to the hereafter, through ahadeeth like the following: Once when our beloved Nabi ﷺ passed by a dead one-eared goat in the marketplace. He reached out and took its ear and said, “Who would like to buy this for a dirham?” They (the sahaba) said, “Why would we want it when it is worthless? What would we do with it?” He said, “Would you like to have it?” “No,” they replied. He asked them that three times and they said, “No, by Allah! If it were alive, it would have a defect as it only has one ear. Why would we want it when it is dead?” Our beloved Nabi ﷺ said, “By Allah, this world is less in the sight of Allah than this goat is to you.” (Al-Adab Al-Mufrad)

8) Think of life and think of death. When we die, we will leave everything behind. All that will come with us, is the sheets of clothing we will be wrapped in and our good and bad deeds.

9) Work and compete to be happy in the hereafter by doing lots of good actions and staying away from wrong.

10) Read ahadeeth and incidents of the worthlessness of this world.

We will always be a lot happier. 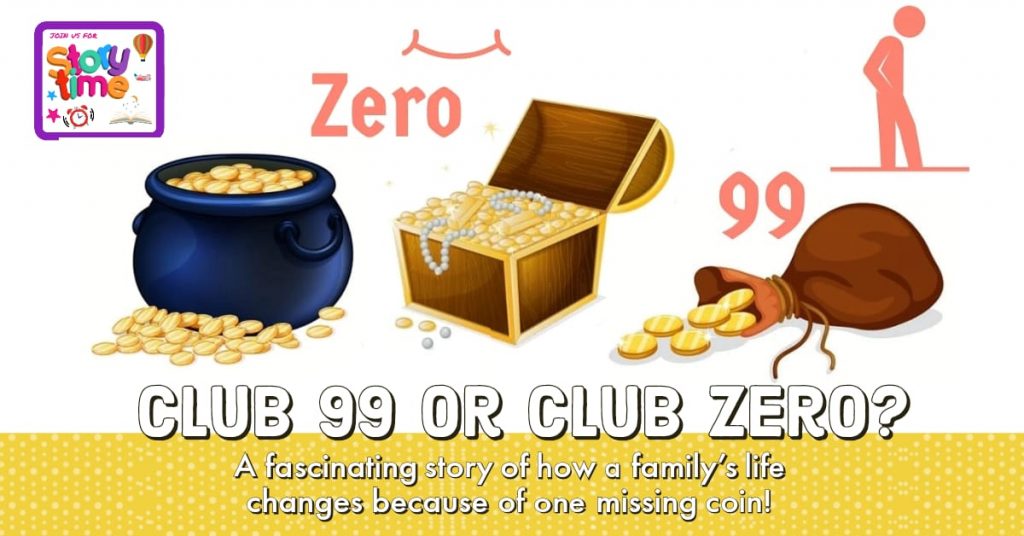 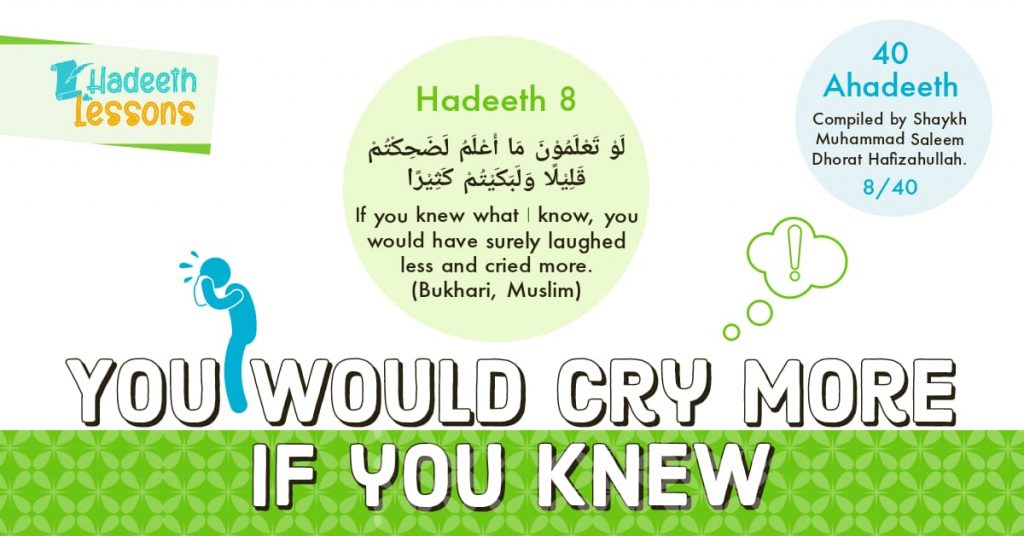 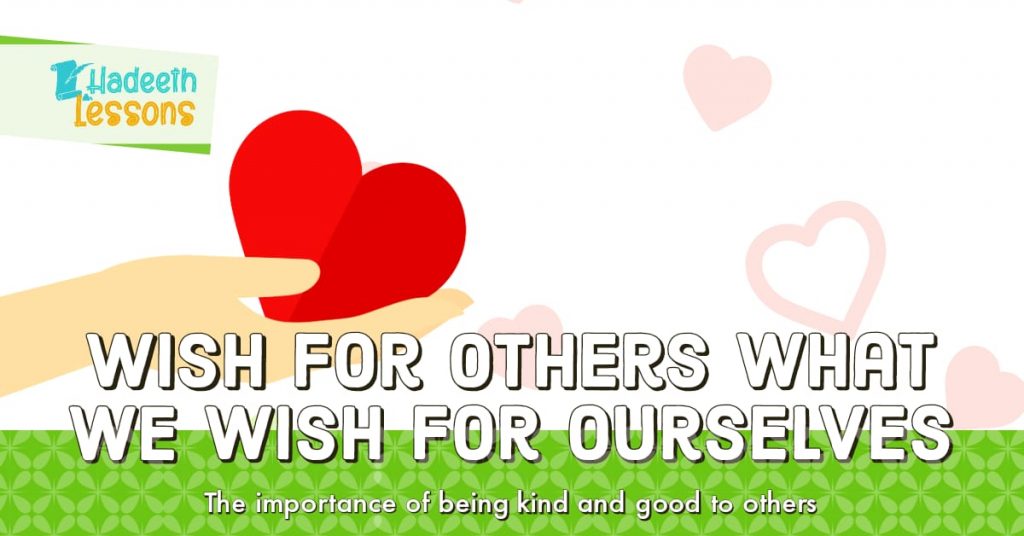 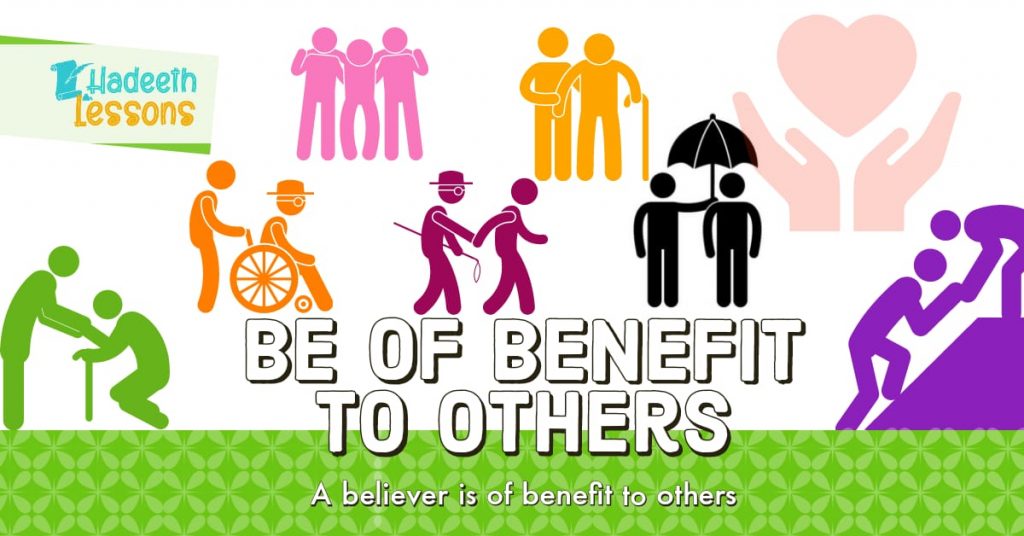 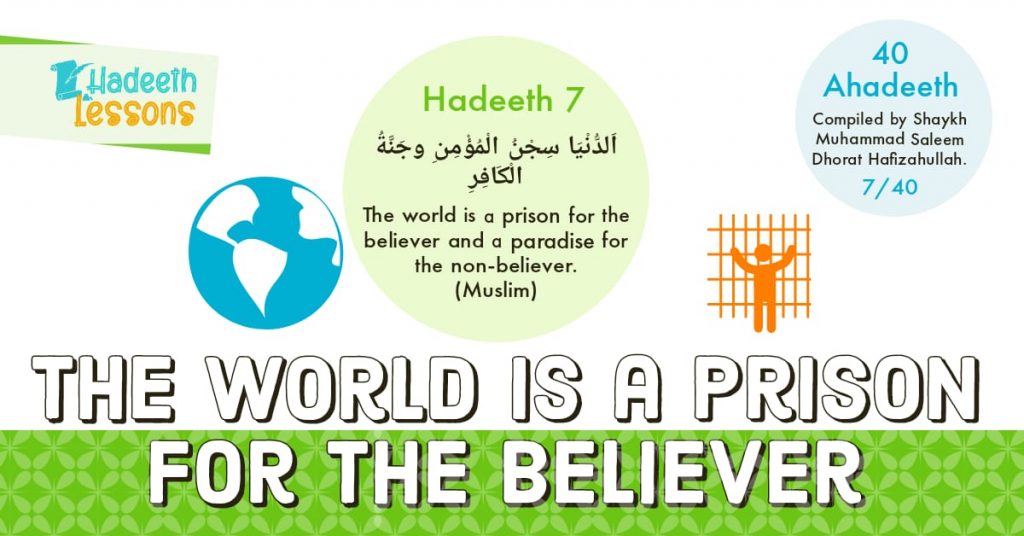 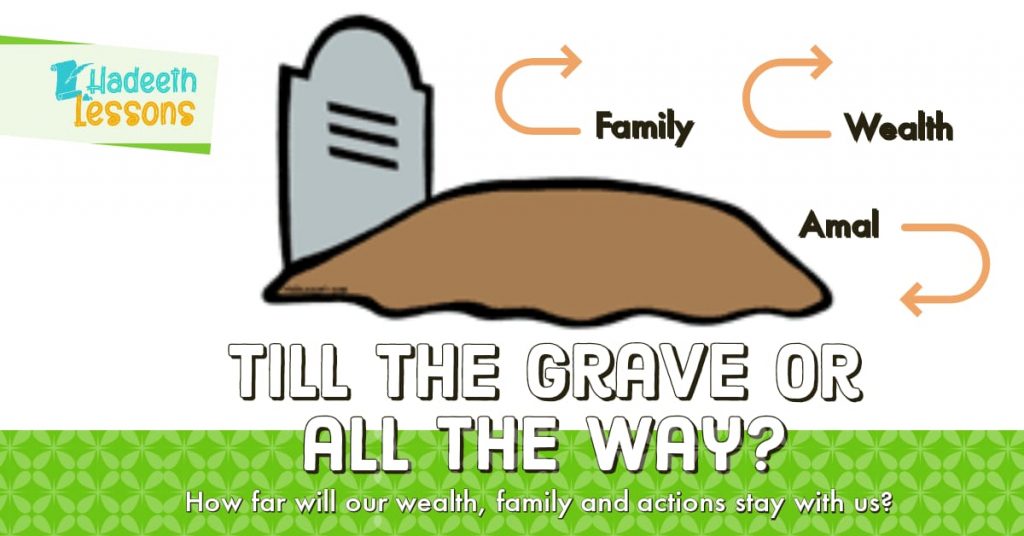 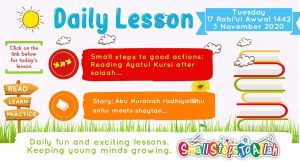 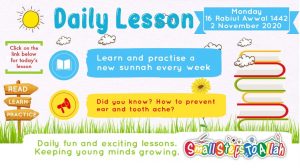 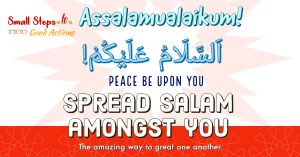