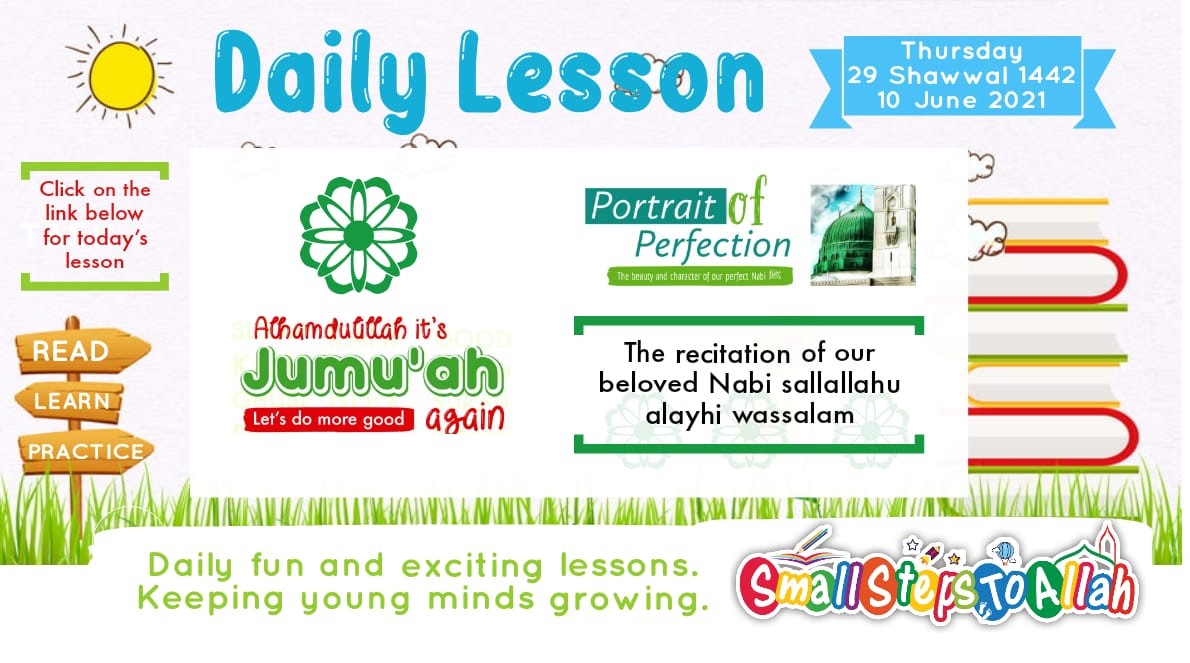 His Blessed Recitation of the Qur'an ﷺ

Sayyidah Umm Salamah رضي الله عنها says that when our beloved Nabi ﷺ recited Qur’an every letter was heard clearly and each letter was pronounced distinctly from the next letter. (Shama’il)

Reciting Aloud or Quietly or silently

Sayyidah A’ishah رضي الله عنها says that our beloved Nabi ﷺ recited in both ways, (loudly at times and silently at other times). (Shama’il)

Sayyiduna Abdullah Ibn Abbas رضي الله عنه narrates that when our beloved Nabi ﷺ recited Qur’an in the inner portion of his home, his recitation could be heard in other parts of the home. (Shama’il)

Note: we should aim to recite the Qur’an as beautifully as possible. Our beloved Nabi ﷺ has said, ‘Beautify the Qur’an with your voices.’ (Bukhari)

Listening to the recitation of others.

Sayyidah Fatimah az-Zahraa رضي الله عنها narrates that Jibril عليه السلام would recite the Qur’an to Rasulullah ﷺ once during Ramadhan. However, in the year that Rasulullah ﷺ passed away, he recited it twice to Rasulullah ﷺ. (Sahih Muslim)

Regarding verses of happiness and warnings

Replying to certain words of the Qur’an

These were just a few examples of the blessed recitation of our most beautiful, most perfect and most special Nabi ﷺ, who is a perfect role model for us all.