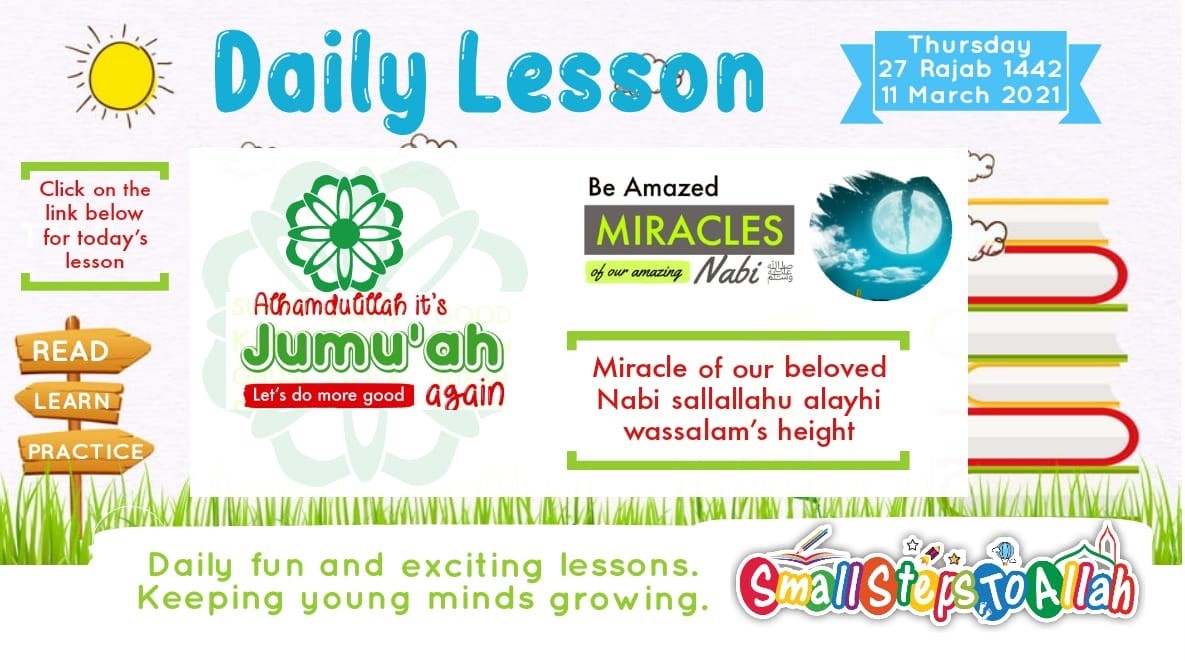 We are all either tall or short. However, our amazing Nabi ﷺ had something unique about him.

Sayyidah ‘Aaishah رضي الله عنها says that whoever our beloved Nabi ﷺ walked with, he would always look taller. Sometimes he would walk with two tall men, on either side of him and he would still be taller than them.

However, when they would separate, the two men would once again be described as being tall and our beloved Nabi ﷺ as moderate.