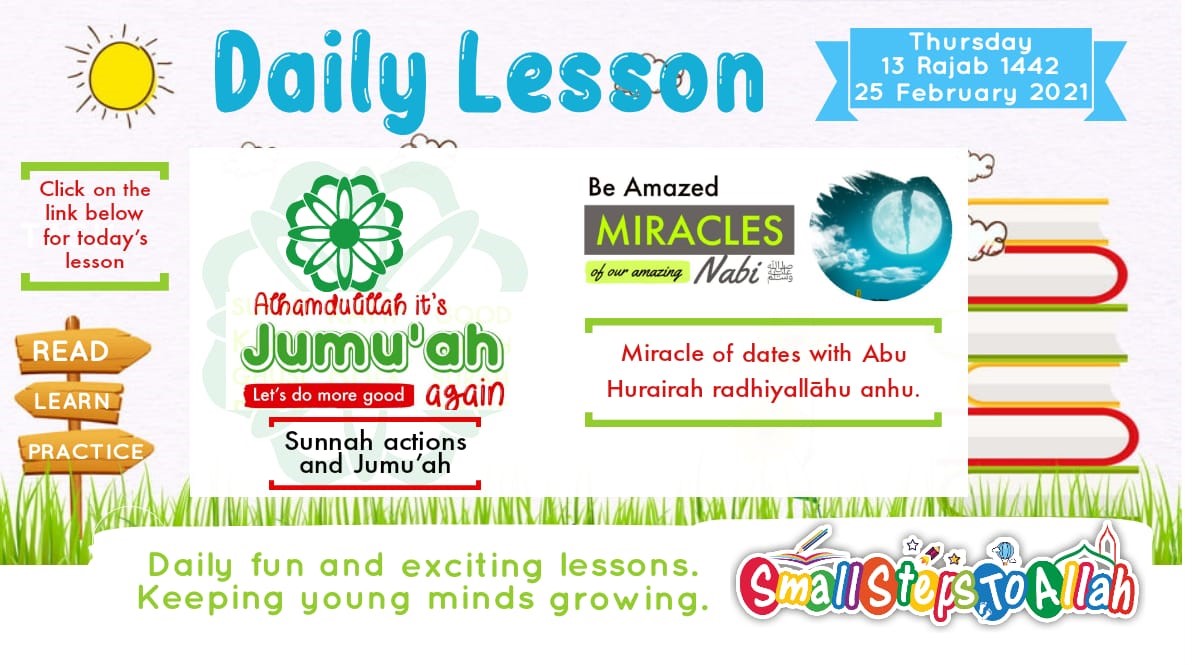 Once again Allah Ta’aala has given us Friday, which we know as Jumu’ah. This is the best day of the week, so it’s only right that we do the best actions we can on this day. Let us look at one action we should do on this blessed day.

● These two leaders have a great bond, thus on the day of Friday we should pay extra attention to following the sunnah of our beloved Nabi ﷺ and sending durood in abundance too.

Our amazing Nabi ﷺ done this by taking them from him and making du’a to Allah Ta’ala to place barakah in them. After doing this, he handed them back to Sayyiduna Abu Hurairah رضي الله عنه saying that take them and put them in your bag and whenever you intend to take some dates, then put your hand in the bag and take from the bag.

Our amazing Nabi ﷺ also instructed him not to scatter the dates. But to keep them in the bag.

Sayyiduna Abu Hurayrah رضي الله عنه says that he would eat from these dates and would share them with other companions and he made sure that bag would not part from his waist.

This continued (meaning the dates did not run out) until the day Sayyiduna Uthman رضي الله عنه was martyred.

This was 24 years after the demise of our beloved Nabi ﷺ!