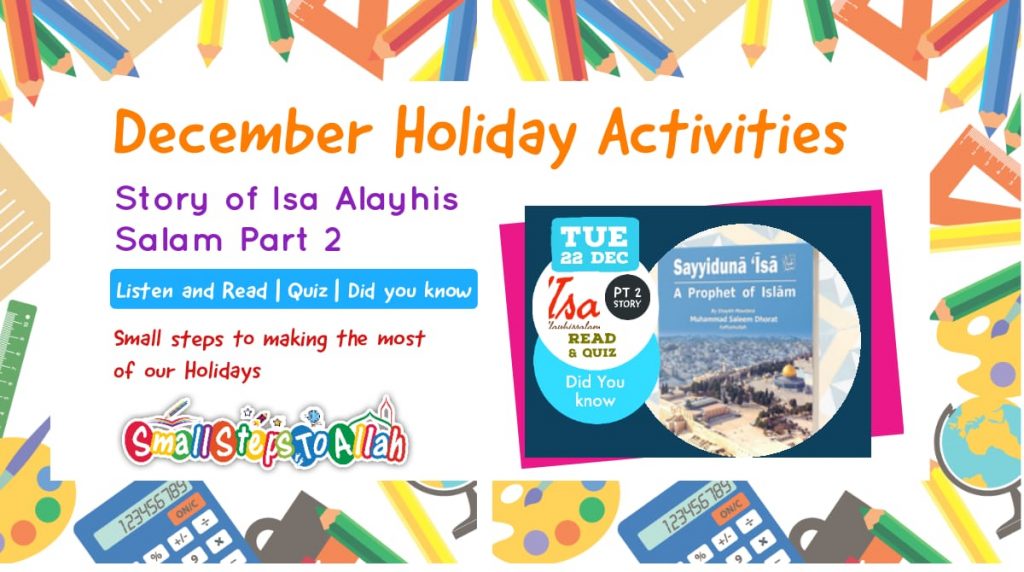 Sayyidah Maryam رضي الله عنها was chosen and purified by Allah Ta'ala. She would remain engaged (ibadah (worship). She would not leave her room without necessity. She worshipped Allah only. Sayyiduna Zakariyya عليه السلام and the khadims of Al-Masjidul Aqsa were very happy with her devotion, purity and piety.

The Angel Jibra'il عليه السلام explained, "I am an angel sent by Allah to give you good news of a pure and pious son."

She replied in amazement, "How will I have a son when no man has ever touched me?"

The Angel Jibra'il عليه السلام replied, "It will happen. It is easy for Allah Ta'ala. He creates whatever He wills. When He decides to create something, He merely says 'Be' and it becomes as He desires. He will grant you a son in a miraculous way so that he can become a sign for people, by which they will recognise the power of Allah Ta'ala

"His title will be Masih and his name `Isa (Jesus). He will be honoured in this world and the Hereafter. He will be from amongst those who are righteous and nearest to Allah Ta'ala. He will speak to people whilst still a baby in the cradle. Allah Ta'ala will teach him the book, give him wisdom and will make him a messenger to the children of Isra'il (Israel)."

Allah Ta'ala had chosen Sayyidah Maryam رضي الله عنها for a great miracle. Allah Ta'ala wanted to show mankind that He could create a child without a father just as He created Sayyiduna Adam عليه السلام without a father or a mother. Sayyidah Maryam رضي الله عنها became pregnant and was now expecting a baby as Allah Ta'ala had willed. However, she became extremely worried. She would say to herself, "What will the people say once they find out about the child?"

The days passed and the time to deliver the child came. She left her home and travelled to Bethlehem. There she felt the first pains of childbirth. Knowing that the time of delivering the child had arrived, Sayyidah Maryam رضي الله عنها sat under a date tree and leaned against its trunk. Exhausted, worried, hungry and in pain she said, "I wish I had died before all this and had become forgotten."

The Angel Jibra'il عليه السلام was sent again by Allah Ta'ala. He called out from a distance, "O Maryam, do not worry. Your Lord has created a spring of water beneath you. Gently shake the trunk of the date tree and fresh ripe dates will fall. Eat the dates and drink the water and cool your eyes by seeing the miraculous child:' This brought comfort to the helpless Sayyidah Maryam رضي الله عنها and she became overjoyed by the birth of Sayyiduna Isa عليه السلام.

The greatest worry of Sayyidah Maryam رضي الله عنها was how to face the people. Though they were all aware of her purity and piety, how would she remove their bad thoughts? However, Allah Ta'ala helped her once again.

When she decided to return to her people, the Angel Jibra'il عليه السلام advised her saying, "If people ask you about the child, then stay silent and let them know that you have kept a fast for Allah Ta'ala and cannot speak to anyone today." In those days, a person who fasted had to stay away from eating, drinking and talking.

When Sayyidah Maryam رضي الله عنها returned with her newborn child to Al-Masjidul Aqsa, the people were surprised and shocked. They asked, "O Maryam, what have you done? Your father was not an evil man and your mother was not a bad woman. They were both very pious and no one in your family has ever committed such a big mistake. From where did you get this child?"

Following the instruction of Jibra'il عليه السلام, Sayyidah Maryam رضي الله عنها did not answer. Instead, she just pointed to the small child. Surprised, the people said, "Don't be silly Maryam! How can we speak to a child who is still a baby in the cradle?"

However, to their amazement they heard the child say, "I am the servant of Allah. He has decided to give me the Book and make me a Prophet."

"He has made me blessed wherever I may be. He has ordered me to perform salah and give zakah as long as I am alive"

"May the peace of Allah be on me on the day I was born, the day I die and the day I will be resurrected."

The people were amazed and astonished on hearing these precious words from a baby in the cradle. They accepted the miraculous birth of Sayyiduna Isa عليه السلام as a sign of the power of Allah Ta'ala. They now had good thoughts about Sayyidah Maryam رضي الله عنها and treated her with great respect and honour.

Let’s see how well you have remembered part two of this story. Click below to do our Isa Alayhis Salam quiz 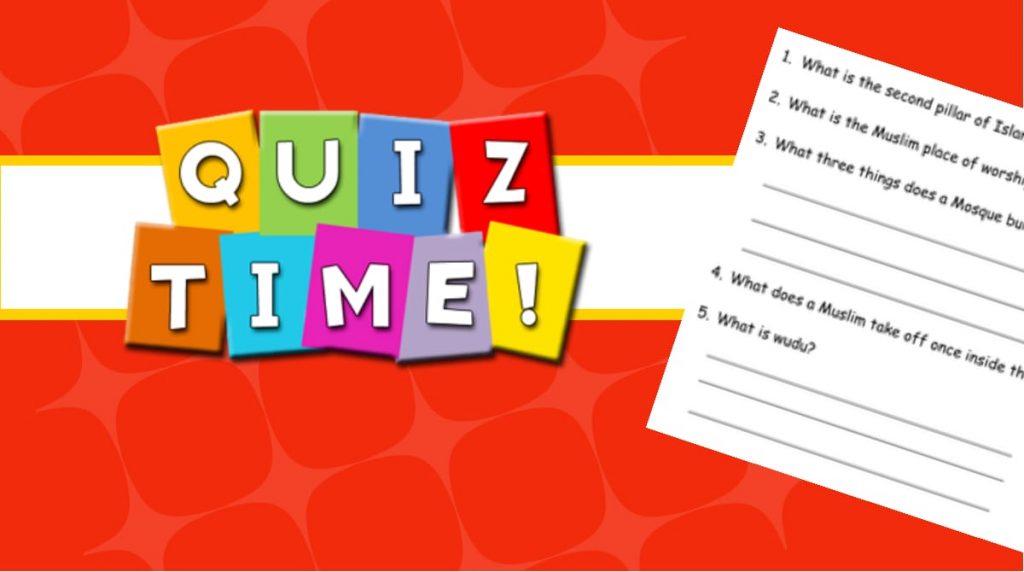 Did you know? Only two companions of our beloved Nabi ﷺ were given the privilege of leading him (as imams) in salaah.