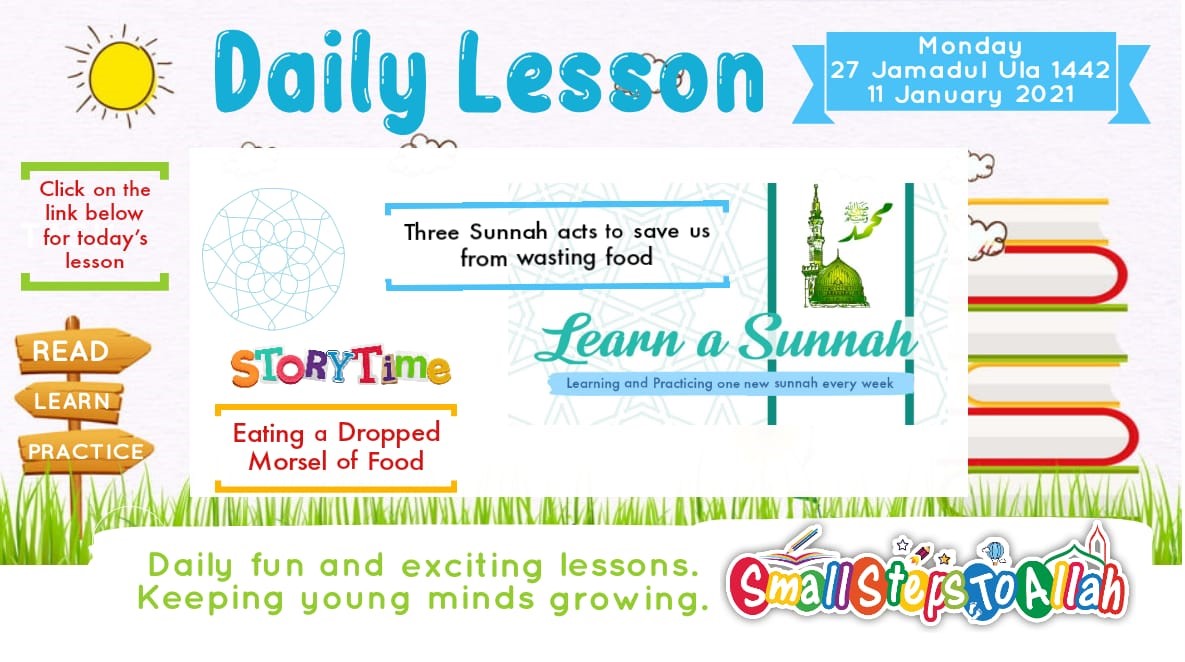 Every crumb of food given to us is a blessing from Allah Ta’ala and our beloved Nabi ﷺ has taught us never to waste it. For this, there are three very easy sunan we should all practice while eating.

1) Whilst eating, if any morsel, grain or crumbs from the food fall out of our plate, we should pick it up, clean it and eat it. (following the Sunnah of eating on a dining mat will help, as that way the food will easily be cleaned)

2) Whilst eating and especially after eating we should lick our fingers and not leave any food particles on them. (it should be noted that it is also sunnah to eat with 3 fingers where possible, this way it is easier to lick the fingers at the end)

3) Clean the plate or utensil properly with your fingers and not leave any food behind. We must eat all of what is in our plate and never have leftovers when we finish. Even small grains, droplets of curry, or strands of meat left on bones etc. should be eaten and not left behind. (To ensure we have no food leftover, it is good practice to take only a little food at a time and not show greed and take too much. If we require then we can always take more).

By following this sunnah of our beloved Nabi ﷺ we will Insha’Allah:

1) Get the blessings and rewards of following a Sunnah.

2) Allah Ta’ala will be happy.

3) We will attain the full blessings contained in the food.

4) We will have shown gratefulness to Allah Ta’ala for the lovely food he gives us and in return, Allah Ta’ala will give us more.

5) We will feel more full and satisfied with the food we have.

6) We will not be among those who waste the blessing of food.

Let us take a look at a short incident regarding one of the companions of our beloved Nabi ﷺ and his practice of following the Sunnah of picking up any food he dropped, cleaning it and eating it. This incident has been recorded in Sunan Ibn Majah.

On one occasion while he was eating, a morsel of food fell on to the floor. He picked it up, removed whatever dirt was onto it and ate it.

The villagers and farmers who were nearby saw this and winked at one another, making fun of this action of his.

One of Sayyiduna Ma’qil ibn Yasar’s رضي الله عنه friend told him to be careful, as he was attracting attention and people were laughing at him. Especially because he had a plate of food in front of him.

This suggestion of Sayyiduna Ma’qil ibn Yasar’s رضي الله عنه friend upset him and he said to him: ‘I will not leave a teaching of my beloved Nabi ﷺ for these people’. He then examined the teaching saying, ‘We were told, if one of us dropped a morsel of food, we should pick it up, remove whatever dirt was on it, and eat it, and not leave it for Shaytaan.

This incident shows us the love the companions had for our beloved Nabi ﷺ and how much they valued each of his teachings.

We also learn that no matter what others say or think of us, as long as we are doing a good action and pleasing Allah Ta’ala, we should not worry.

Finally, like Sayyiduna Ma’qil ibn Yasar رضي الله عنه, did, we too should pick up any food we drop, clean it and eat it and make sure we never let any food go to waste. 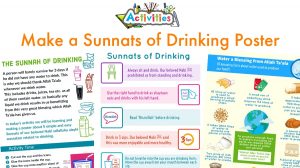 Make a Sunnats of Drinking Poster 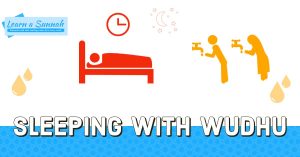 Sunnah of Sleeping with Wudhu 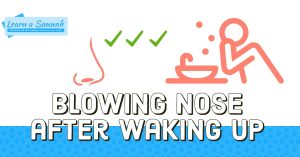 Sunnah of Blowing the Nose after Waking up