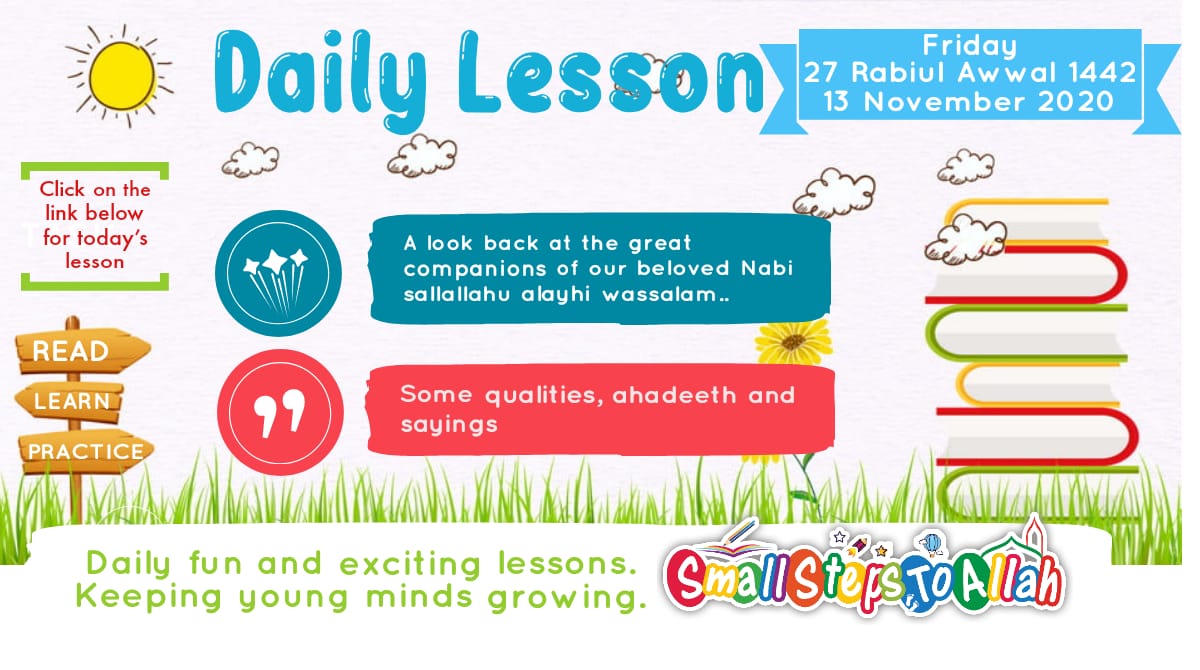 ● She was very well known for her generosity, piety, honesty and kindheartedness.

● Her original name was Barra, but our beloved Nabi ﷺ changed her name to Zaynab رضي الله عنها

● She first married Zayd Ibn Haritha رضي الله عنه, who was the adopted son and freed slave of our beloved Nabi ﷺ. This marriage did not work out.

● She then came into the marriage of our beloved Nabi ﷺ. Hence she is known as Ummul Mu’mineen (mother of the believers)

● Her marriage was unique, to the other wives of our beloved Nabi ﷺ, in that Allah Ta’ala conducted her marriage in the heavens.

● After this marriage, our beloved Nabi ﷺ held a waleemah (wedding feast), the likes of which he had not held after any of his other marriages. It was during this walimah, the verse of hijab (Veil) was revealed۔

● She was among the first female companions of the Prophet ﷺ to have migrated to Madeenah.

● She was also known as Awwahah – The one who is softhearted and humble. Other wives of our beloved Nabi ﷺ gave testimony of her lofty status, saying she was a righteous woman, generous and devoted to Allah Ta’aala

● She lived with our beloved Nabi ﷺ for approximately 6 years in Madeenah until his demise.

● Zaynab bint Jahsh رضي الله عنها passed away in Madeenah aged 53 and she is buried in Jannatul Baqi.

May Allah Ta’aala grant her a lofty status in Jannah and may Allah accept all of her services to deen and reward her on our behalf.

1) Zaynab رضي الله عنها was very generous and would spend whatever she could on the poor.

2) She was recognised for her honesty and righteousness.

3) She disliked gossip and would not get involved with talk which did not concern her.

4) From the wives, she was the closest in family ties to our beloved Nabi ﷺ.

5) She was chosen for marriage to our beloved Nabi ﷺ in the heavens.

● Zaynab رضي الله عنها felt privileged to have been chosen to marry our beloved Nabi ﷺ by Allah Ta’aala. She once said to our beloved Nabi ﷺ “O Allah’s Messengerﷺ ! By Allah, I am not like your other wives, whose father, brother or family had married her off to you. For it is Allah from above the heaven who married me to you.” (Bukhari)

Incident of Her Generosity:

After the Muslims defeated the Persians and acquired abundant wealth from the spoils, Umar رضي الله عنه sent Zaynab bint Jahsh رضي الله عنها a heap of gold as her share of the spoils. When she received it, she called her maid and told her to take a handful of it to so-and-so, naming one of the poor people of Medina. One after another, she named all the poor people whom she knew, until they had all received a share of the treasure. Then she told her maidservant to see what was left. All that remained of the large pile of gold was eighty dinars, and this she accepted as her share, thanking Allah Ta’aala for it but, because she believed so much money was a temptation, she asked Allah Ta’aala that she would never witness such a large distribution of wealth again.

Our beloved Nabi ﷺ said before his demise, “The one who has the longest arms (from the blessed wives) will join me first (meaning pass away first)”. No one understood the meaning of long arms, but when Zaynab bint Jahsh رضي الله عنها passed away the wives understood that it meant the one who was the most generous. 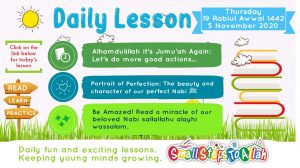 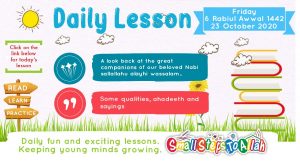