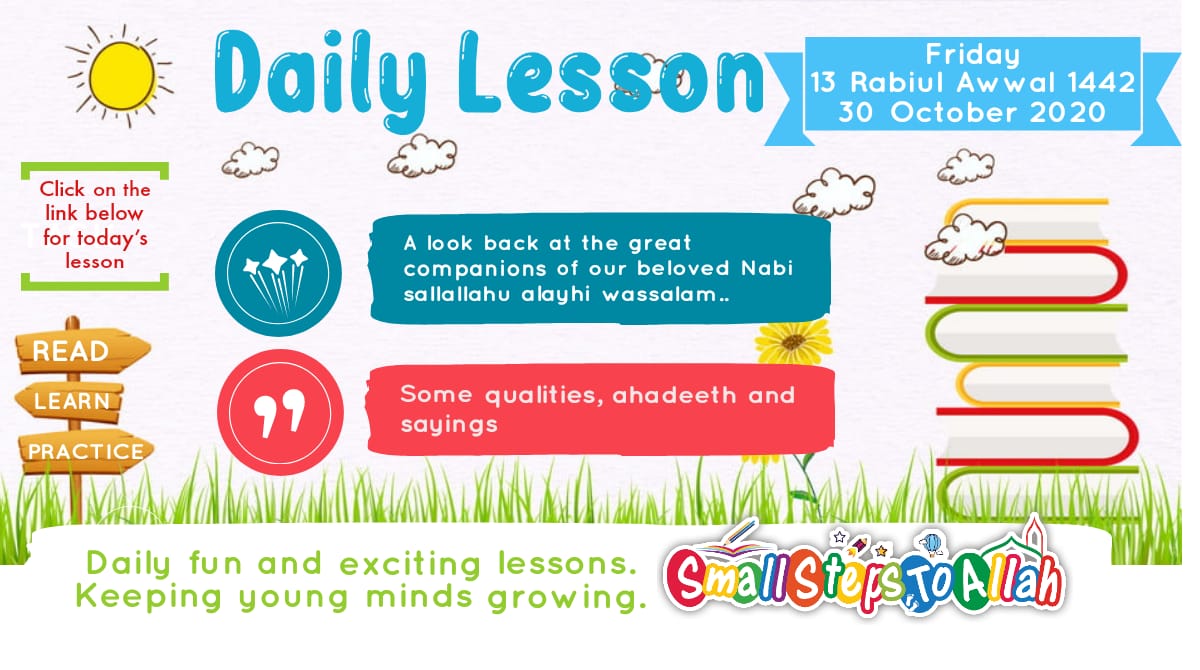 ●After our beloved Nabi ﷺ passed away, Umar ibn Khattab رضي الله عنه sent him as a teacher of the Quran to Kufa where he continued learning and teaching. During the final years of Uthman’s رضي الله عنه khilafat, he was called back to Madeenah.

●Abdullah Ibn Mas’ood رضي الله عنه passed away in 32 AH, in Medeenah at the age of 60 and is buried in Jannatul Baqi, Madeenah.

3) He always walked with the Prophet, helped him put on his shoes and carried his things like his staff, pillow, perfume and miswak. When the Prophet slept, Abdullah Ibn Mas’ood would wake him up. Therefore, the Companions called him Sahibus-Sawad was-Siwak, Sahibun Na’layn, and also Sahibul Wisaadah.