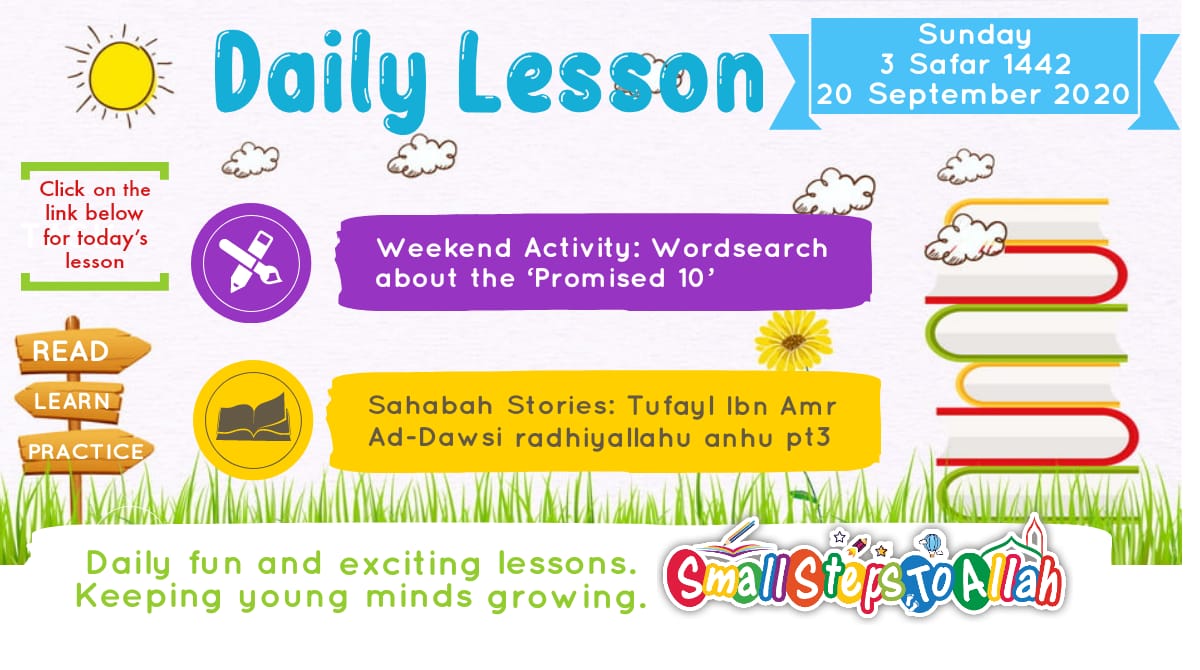 Have a go at completing our ‘The 10 Sahaba Promised Jannah’ word search. 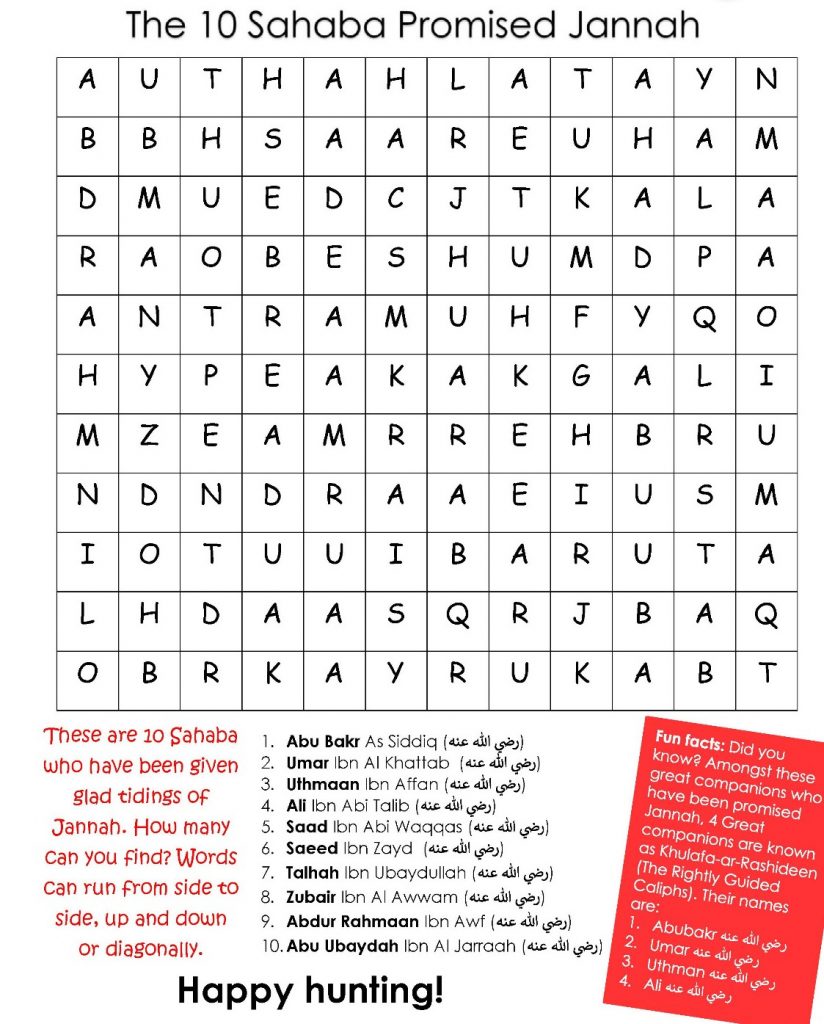 In this wordsearch you will find all those great companions who have been promised and given glad tidings of Jannah. Happy hunting!

Our beloved Nabi ﷺ began explaining his message and also read some verses from the Glorious Quran. This was the first time Tufayl رضي الله عنه had heard the words of the Glorious Quran and he found them to be so beautiful.

He immediately outstretched his hands towards our beloved Nabi ﷺ and entered the fold of Islam.

After accepting Islam, he stayed with our beloved Nabi ﷺ during which time he acquired as much knowledge and memorised as much of the Quran as he could in the short time he had.

Soon the time had arrived for him to return to his people. He came to our beloved Nabi ﷺ and said: “O Messenger of Allah, I am a man who commands respect in my family. I now plan to return to them and invite them to Islam. Ask Allah Ta’aala to grant me a sign that will assist me in this”

Our beloved Nabi ﷺ turned to Allah Ta’ala and made dua asking Allah to give Tufail رضي الله عنه something which would be like a sign of his truthfulness and help the people to understand him and accept his message.

With this du’a Tufail رضي الله عنه returned home to his family and people. When he reached, he took up a high position from which the village homes were easily visible. The du’a of our beloved Nabi ﷺ had already been accepted and a bright light, similar to a lantern or torch appeared between his eyes. Tufail رضي الله عنه asked Allah Ta’aala if this light could appear elsewhere as he did not want to scare his people away. Allah Ta’aala accepted yet another dua and moved this light towards the top of his staff (stick used to lean on).