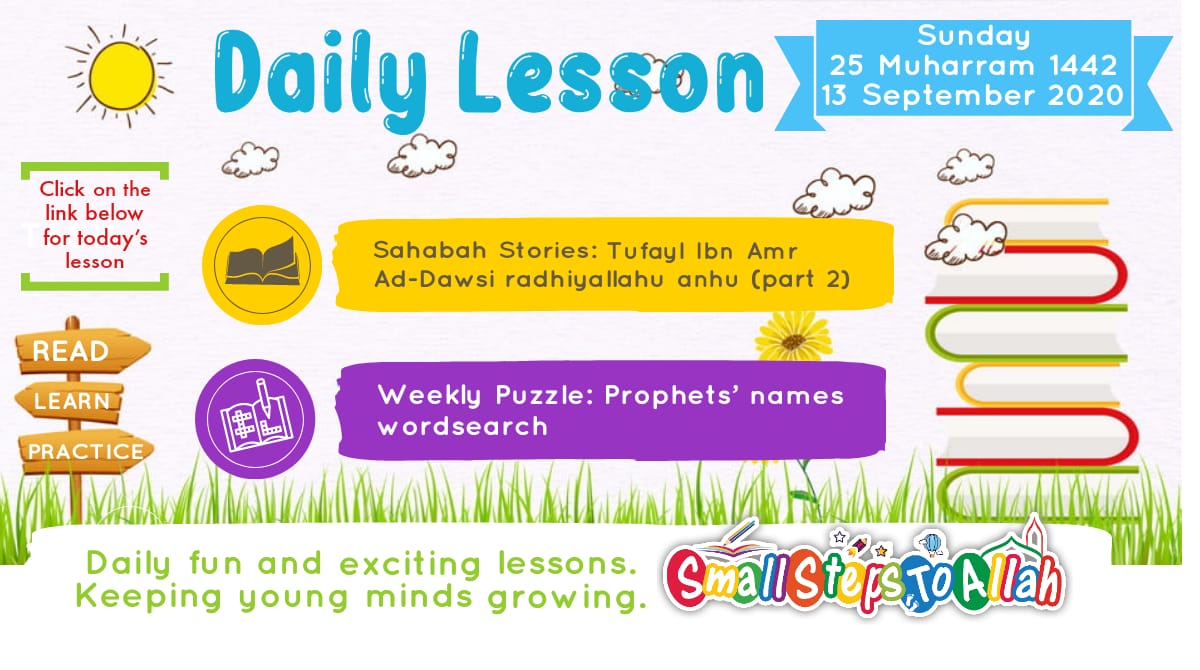 The next day Tufayl ibn Amr ad Dawsi رضي الله عنه entered the masjid to gain blessings from the many idols which were placed around the Kabah. He was so scared of the ‘magical’ words of Rasoolullah ﷺ, that he even blocked his ears with some cotton.

As He entered the masjid, his gaze fell upon our beloved Nabi ﷺ who was stood silently in salaah. This immediately attracted Tufayl’s رضي الله عنه attention and though he wanted to ignore it, he found himself drawn towards our beloved Nabi ﷺ.

He found his gaze fixed and he could not make himself look away. This method of worship was new to him and he had never seen anything like it before.

With his gaze still fixed on our beloved Nabi ﷺ Tufayl رضي الله عنه began moving in his blessed direction. Closer and closer with each step until he found himself stood right next to him.

His ears were still blocked with cotton, so he could not hear much, but some blessed words still entered his ears. Tufayl رضي الله عنه wanted to hear more and learn more.

He thought to himself, “Why am I scared? I’m a leader of Daws, I’m intelligent and I understand language and poetry. I am more than capable of differentiating between right and wrong. So what’s the harm in listening to what this man has to say. If it’s good I can accept it and if it’s not then I will walk away. “

With this in mind he patiently waited for our beloved Nabi ﷺ to complete his salah and thereafter quietly followed him home.

When they reached our beloved Nabi ﷺ‘s house he asked for permission to enter and began explaining what the leaders of Quraysh had said to him, how he had felt after hearing what they had said and why he was here.

Our beloved Nabi ﷺ began explaining his message and also read some verses from the Glorious Quran. This was the first time Tufayl رضي الله عنه had heard the words of the Glorious Quran and he found them to be so beautiful.

He immediately outstretched his hands towards our beloved Nabi ﷺ and entered the fold of Islam.

After accepting Islam he now had to return to his people and invite them. Will they listen or will they reject?

Insha’Allah we will learn more next week.

Have a go at completing our Prophet’s wordsearch. 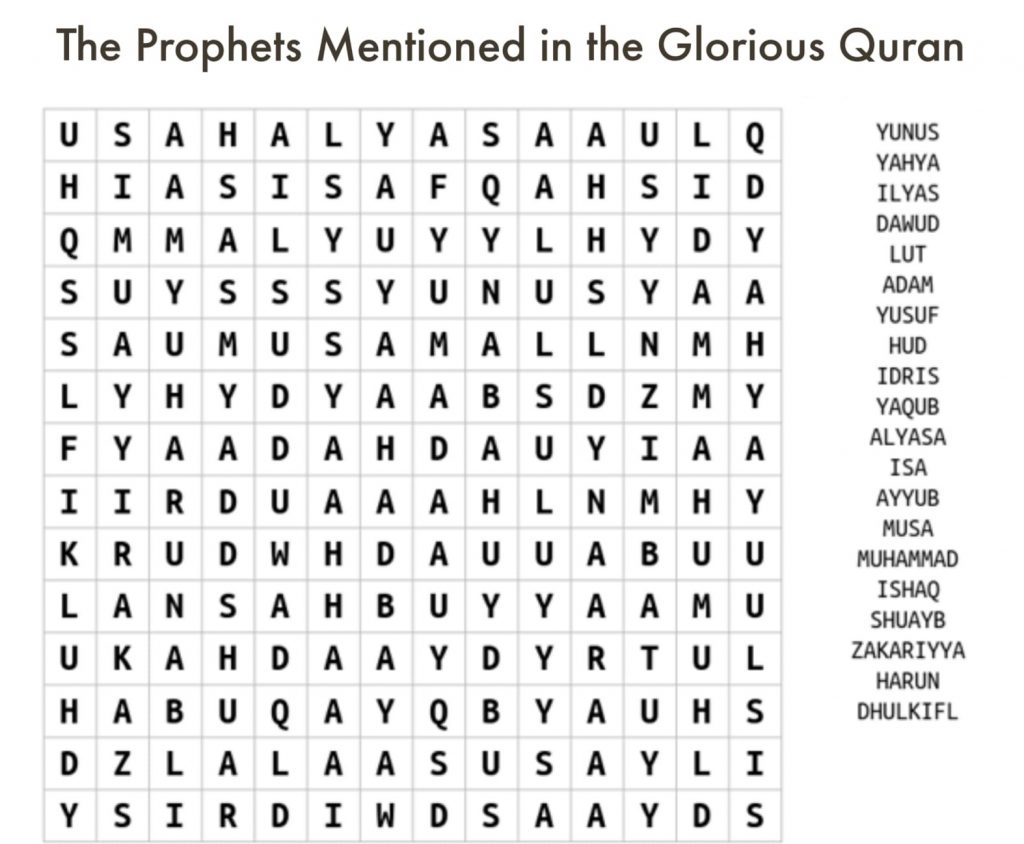 In this wordsearch you will find all those prophets who have been mentioned in the Glorious Quran. Happy hunting!

Fun facts: Did you know there were approximately 124,000 prophets sent by Allah Ta’ala to guide mankind. The first was Adam Alayhis salam and the final one was our beloved Nabi Muhammad sallallahu alayhi wassalam.