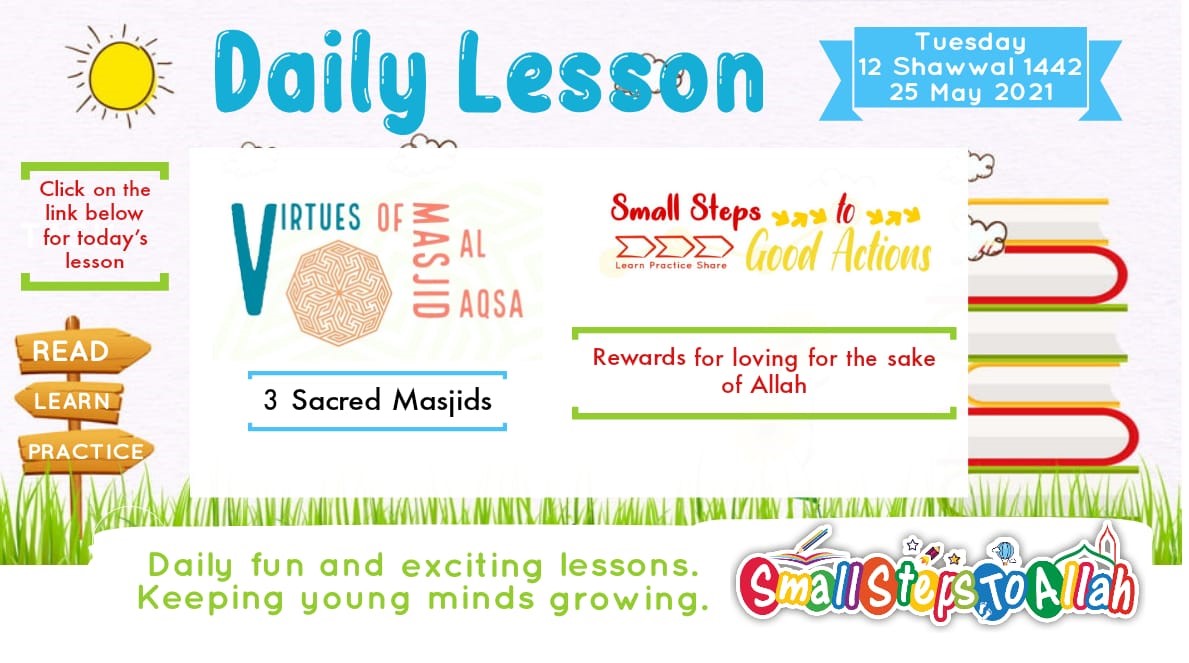 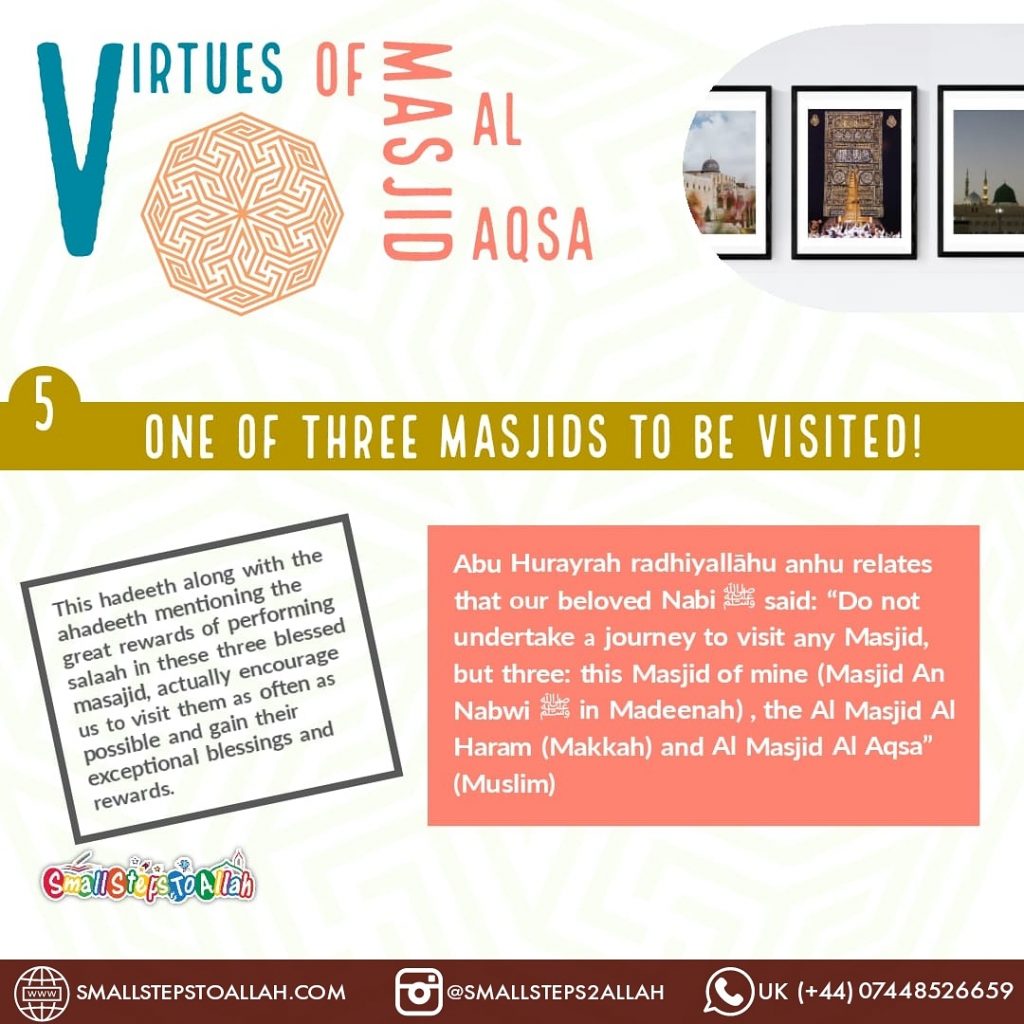 Virtue 5 – One of three Masjids to be visited

1) It doesn’t mean a person can’t travel to another Masjid at all. It’s down to the reason for travel.

The rewards for loving each other to please Allah Ta'ala

Let us look at a few rewards for loving one another for the sake of Allah Ta’ala.

A person who loves someone only to make Allah Ta’ala happy will taste the sweetness of Imaan (this is a very special feeling, a person experiences within himself!)

Those who meet and love for the sake of Allah Ta’ala will be among the chosen servants to be given a very special place under Allah Ta’ala’s Arsh (Throne) on the day of Qiyamah.

There are seven whom Allah Ta’ala will shade on a day when there is no shade but his….. (one of these seven are) two (individuals) who love each other, meet each other and depart from each other for the sake of Allah (to please Allah only)… (Bukhari)

Verily, Allah Ta’ala will say on the Day of Resurrection: Where are those who love each other for the sake of my glory? Today, I will shelter them in my shade on a day when there is no shade but mine. (Muslim)

Reward 3 – A condition to enter Jannah

A person will not be able to enter Jannah till he loves others (for the sake of Allah Ta’ala).

People who love one another to make Allah Ta’ala happy will made to sit on pulpits made of light and this will be so special that even the Prophets and martyrs will this person!

Allah Almighty said: Those who love each other for the sake of my glory will be upon pulpits of light, admired by the prophets and the martyrs. (Tirmidhi)

Like with fasting, recitation of the Glorious Qur’an should increase as with other forms of ibadah/worship.

Allah Ta’ala likes us to express our love to one another as this increases us in love:

To express one’s love, one should say:

I love you for the sake of Allah

In reply the following words should be said:

May the One (Allah) for whose sake you love me, also love you.