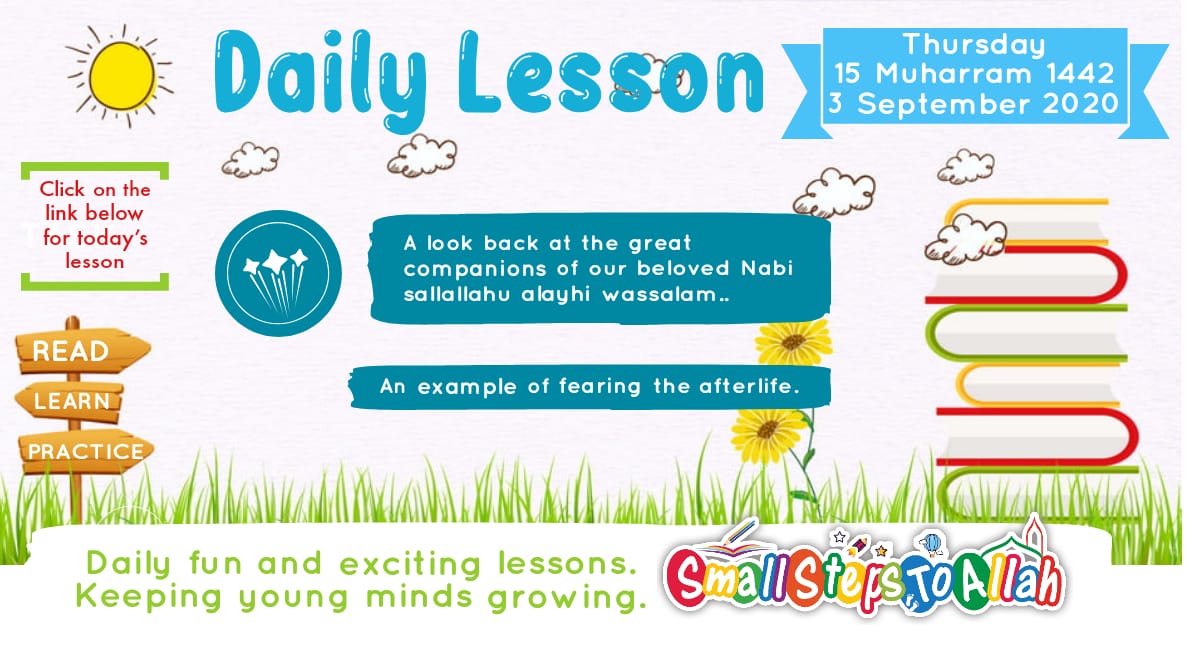 Demise: 24 years after demise of Nabi sallallahu alayhi wasallam (35 AH)
Today we are going to learn about a great companion of our beloved Nabi ﷺ. He is best known as Uthman Ghani رضي الله عنه.

Uthman رضي الله عنه despite his high rank in the eyes of Allah Ta’aala and Rasoolullah ﷺ and being among those promised Jannah was extremely fearful of the afterlife.