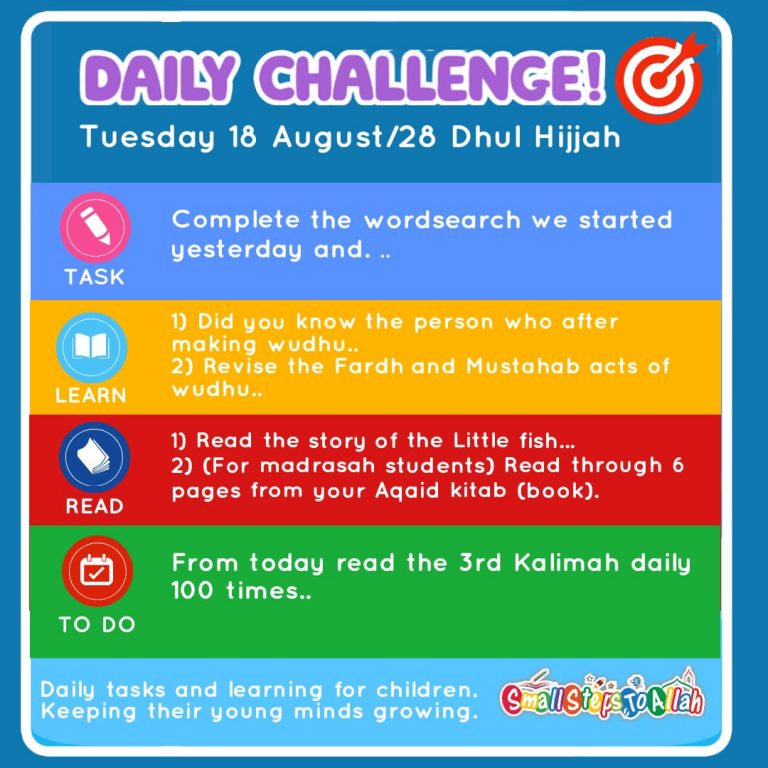 Complete the word search we started yesterday. Get someone to check it. Once it’s ready make a final draft and send it to us to see. We will be adding some of them to our puzzles section soon inshaallah.

Did you know that after making wudhu if a person looks to the sky and reads the following dua then all 8 doors of Jannah are opened for him to enter through!! Super easy!

Fardh and Mustahab of Wudhu

Do you know any of the merits of wudhu? Can you recap the fardh and mustahab acts of wudhu? 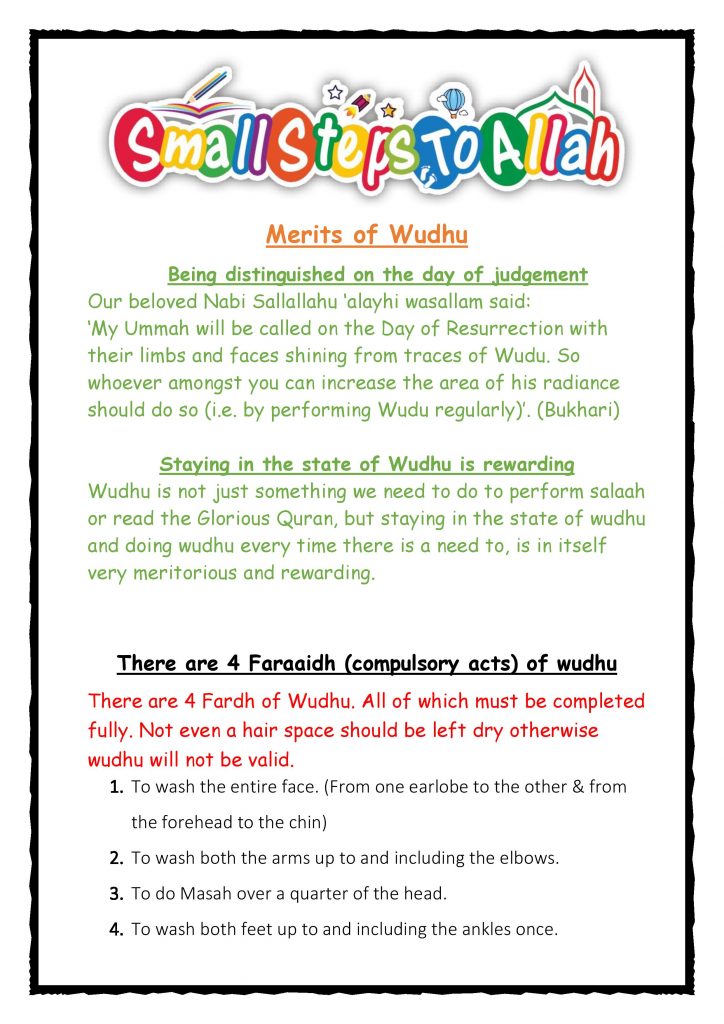 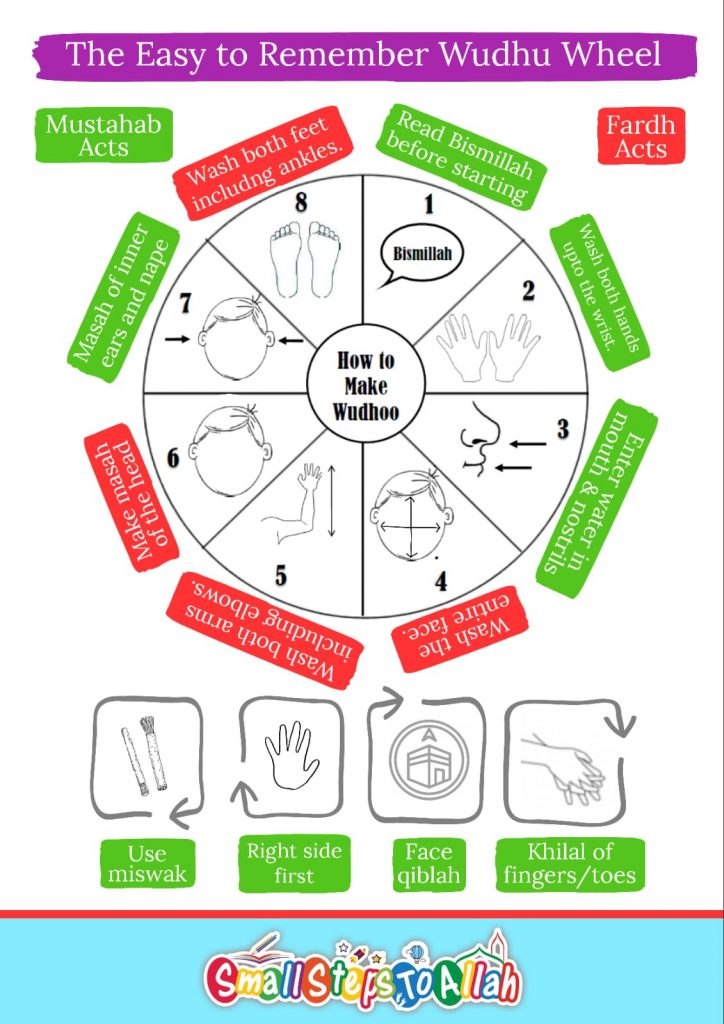 The Little Fish Who Thought He Knew Better

How many times has it happened that our parents stop us from doing something, yet we think they don’t understand or we think we know better? After all they are old so what would they know, right?

Let us read a short story together and then answer this question.

A little fish once saw a worm in the water and was tempted to eat it. As he darted forward, an elderly fish stopped him saying. “That is not food for you. It is a trap! Someone has thrown it in from outside to catch you. lf you bite on the worm, a hook will pierce your mouth and the man holding it from outside will pull you out of the water. Without water you will shiver and die. He will then cut you up in pieces, smear spices on you, fry you in boiling oil and then chew on you with his 32 teeth! “

“Ha, ha!” the little fish laughed while remarking, “Dearest old fish! What hook are you talking about? What’s all this about cutting to pieces and spices?! What boiling oil and what man with teeth?! We can see nothing of the sort. What are these stories that you are trying to scare me with?”

The older fish sighed as he said, “I have explained this to several fish before you. While some understood, others did not. Where are all those today? Why do you not see them here anymore? Have you ever thought about where they have gone? Those who regarded me to be a sincere advisor have been saved whereas the others left screaming and shouting, but all to no avail.”

Little fish refused to believe the older fish and headed for the worm, which was even coated in flour to give it more appeal. The rest is history. He was hooked, reeled in and he saw first-hand everything that he was warned about.

However, it was too late, all he could do was regret not listening to the older fish. But unfortunately no regret could change anything or save him.

Dear children, we are still young. Like the little fish we sometimes see something for what it really is not. But our elders, our parents and teachers see things for what they are and advise us.

If we follow the advices we will never have to regret like the little fish did and we will be saved from a lot of harm.

So young children the next time we are told not to do something, before we think, ‘what do they know? ‘Think of the little fish and then say, ‘They know better than me” and listen to them. Insha’Allah you will be saved from many harms in this life and the hereafter.

Read through 6 Pages from your Aqaid Kitab (book)