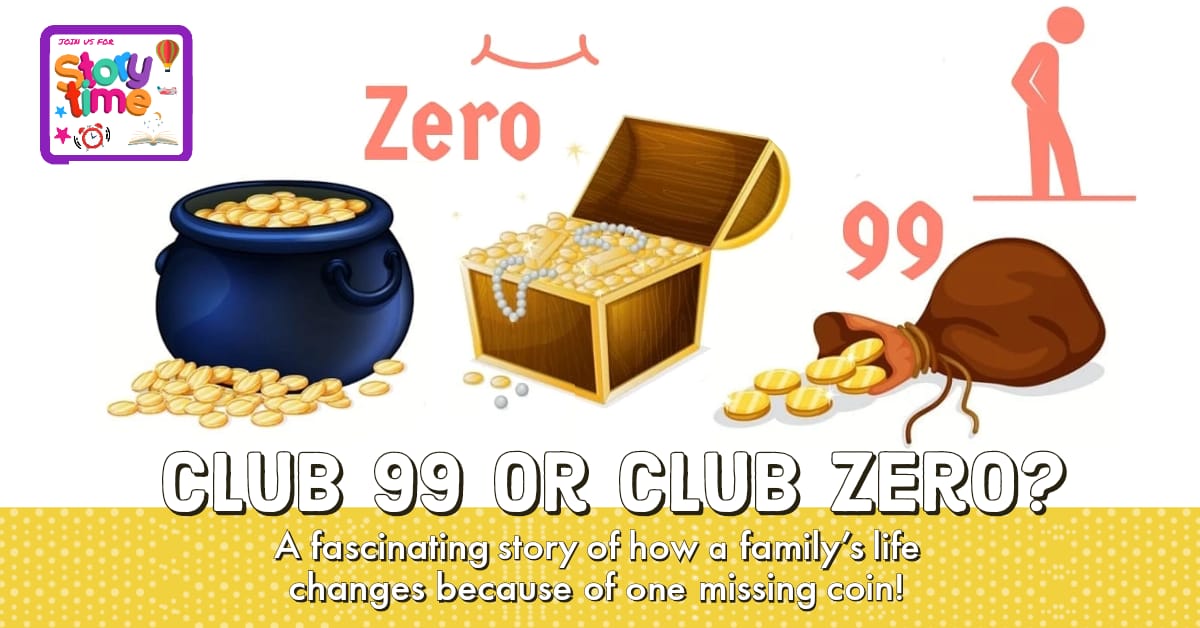 In a small village far away, there lived two families. One very rich, living a life of luxury and fun. The other, relatively poor living a very simple life.

The problem was, the rich family never quite felt happy or content. Despite having so much, they still wanted more.

They would see the poor family walking past their house on most days. They always looked very happy. This always fascinated the rich family, and they would think what were they so happy about?

One day, when the poor family were walking past, someone from the rich family called them and asked why they always looked very happy.

This question came as a surprise to the poor family who replied, ‘Sir, as you know, we are poor, but my family and I don’t need much – just a roof over our heads and warm food to fill our tummies. We get this every day, so we are always happy. ‘

The rich family still didn’t understand, and so they took advice from a few friends. After hearing the rich family’s woes and the story of the poor family, one of the friends said, ‘Dear friends, I believe that this poor family have not yet joined Club 99.’ ‘Club 99?’ questioned the rich family, ‘What exactly is that?’. The wise friend said, ‘To truly understand club 99, let’s place 99 coins in a bag and leave it at this family’s doorstep.’

The next morning, when the poor family woke up, they found this bag which had been left on their doorstep. Surprised they picked it up and when they looked inside they jumped with joy. So many coins! They quickly sat to count them and after several counts, they were sure that there were 99 coins. ‘Why isn’t there 100 coins they thought? Surely, it makes sense to leave 100 coins and not 99 coins!’ they wondered. The wife said, ‘I have an idea, if we work a little harder than normal, we can earn a little extra and have one coin left at the end of the week and this will complete this collection.’

From this day, the poor family’s life had changed. They worked, worked and worked trying to make 99 into a 100, and 100 into 200, into 300… This left them feeling unsatisfied and unhappy as they always wanted more and could do nothing more to increase their coins any faster.

They started walking past the rich man’s house looking gloomy and upset and when they would see his house they would think when they could have enough coins to live like this rich man and be ‘happy’. Little did they know that the rich man too was part of club 99 and feeling the same as they were.

Witnessing this amazing transformation, the rich man understood what club 99 was. It was the club which always wants more. Before joining this club the poor family were in club zero, in which they had little to show but plenty to keep them happy. Now in club 99, they had enough, but they always wanted more which left them feeling gloomy.

We learn from this story that true happiness isn’t about having lots of things and being rich, but true happiness comes as a result of being satisfied upon whatever little or more we have.

That is the real meaning of club zero, that we keep our wish list on zero and club 99 is when we have so much but it’s not quite enough for us to feel 100% happy.