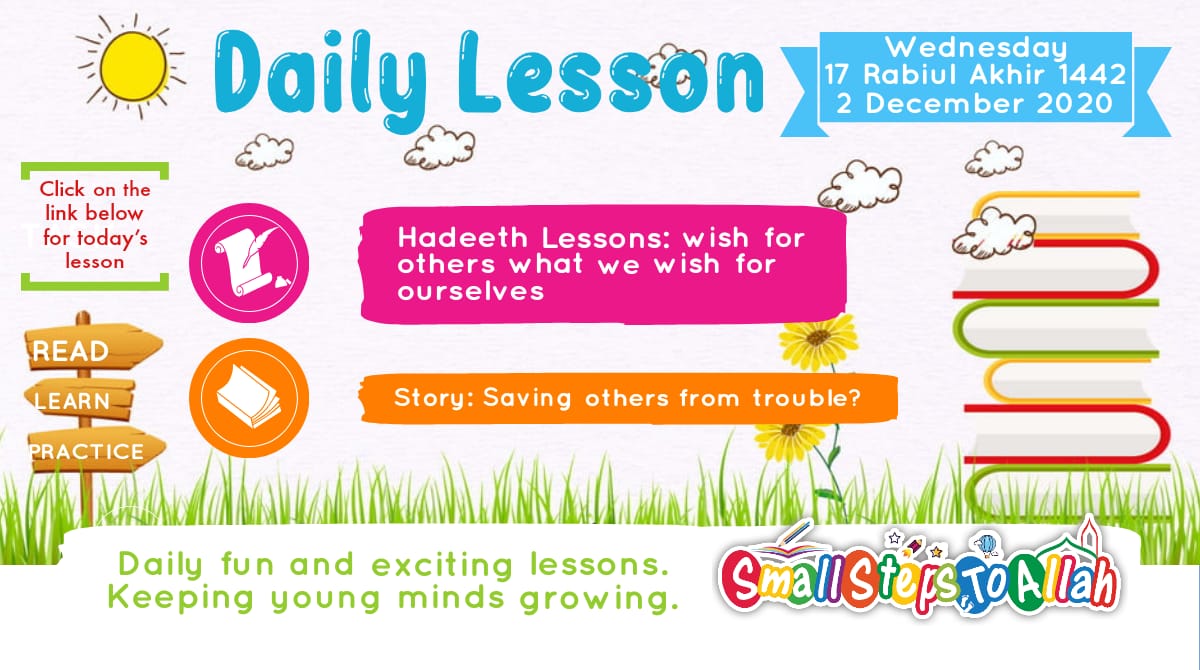 The foundation of our beautiful deen, Islam, doesn’t just rest on worshipping Allah Ta’ala but it extends to so many other areas, many of which include how we deal with and treat others.

Caring for others and helping others is a very important part of our deen and as we find in this beautiful hadeeth it is also required for our Iman to be complete!

Now the question is, how much care and consideration should we give to others?

In this beautiful hadeeth our amazing Nabi ﷺ has answered this question in the most amazing and simplest way possible.

So in basic words, the way we would like people to treat us, that is the exact way we should treat others. Simply amazing right?!

Let’s start practising this hadeeth and see the world around us become beautiful and full of love and care!

Benefits of following this hadeeth:

1) Our imaan will become more complete.

2) We will make others happy for which Allah Ta’ala will become happy with us.

3) We will help others and be less selfish.

4) We will gain entry to Jannah and be saved from Jahannam.

5) Allah Ta’ala will show us His kindness and mercy and help us in our matters.

How to practice upon this hadeeth and be a complete believer:

1) Whatever blessing we are enjoying (such as wealth, respect, health etc) we wish the same for others.

2) The way we wish to be treated by others, (respectfully, kindly, truthfully etc) we treat others in the same way.

3) When someone asks our advice regarding any matter, we advise them in the way we would like to be advised.

4) If others have a blessing which we do not have, we do not be jealous of them. Rather, we deal with them how we would have wanted them to deal with us if we had this blessing.

5) Be sure never to tell anyone about something wrong we done. It should remain between us and Allah Ta’ala.

There was a saint in whose house rats had settled down and were making life most inconvenient for him. They would disturb his sleep, spoil his food items, damage his clothes, and cause many other discomforts.

One day he complained to his friends of this problem. They advised that he should get a cat. That was the only way his problem would be solved.

The saint, for some reason, didn’t pay much attention to their advice.

Within a few days, he again complained to his friends. They again gave him the same advice. But the Saint again ignored their advice.

This happened many times. Whenever he got tired of the problem, he would complain to his friends, but would ignore their advice.

Finally, the friends got tired and said to him, “We are giving you a tried and tested solution which will definitely solve your problem. Yet you are not acting on it!?” seeing his friends were a little upset with him, he said: “The truth is that Rasulullah ﷺ said that none of you can be a perfect believer unless he likes for his brother what he likes for himself”.

If I brought a cat into my house, the rats would leave my home and move into my neighbour’s house. My neighbours would then suffer the same way I am suffering now. I can not do this to anyone. I’d rather I suffer and give them comfort than I find comfort, and they suffer.

From this story, we learn how we should treat and deal with others. The saintly man was suffering and troubled by the problem of having rats in his house. He knew there was a solution, but there was a problem. The solution would definitely help him but it would create a problem for his neighbour. This was something this saintly man was not willing to do.

Many people in such a situation would not think about others, and would try to solve their own problem. But if the beautiful characteristics of Islam are present in our lives, then a person will always try to do good for others. 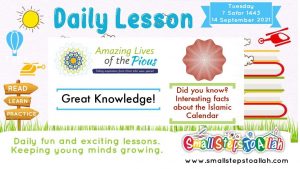