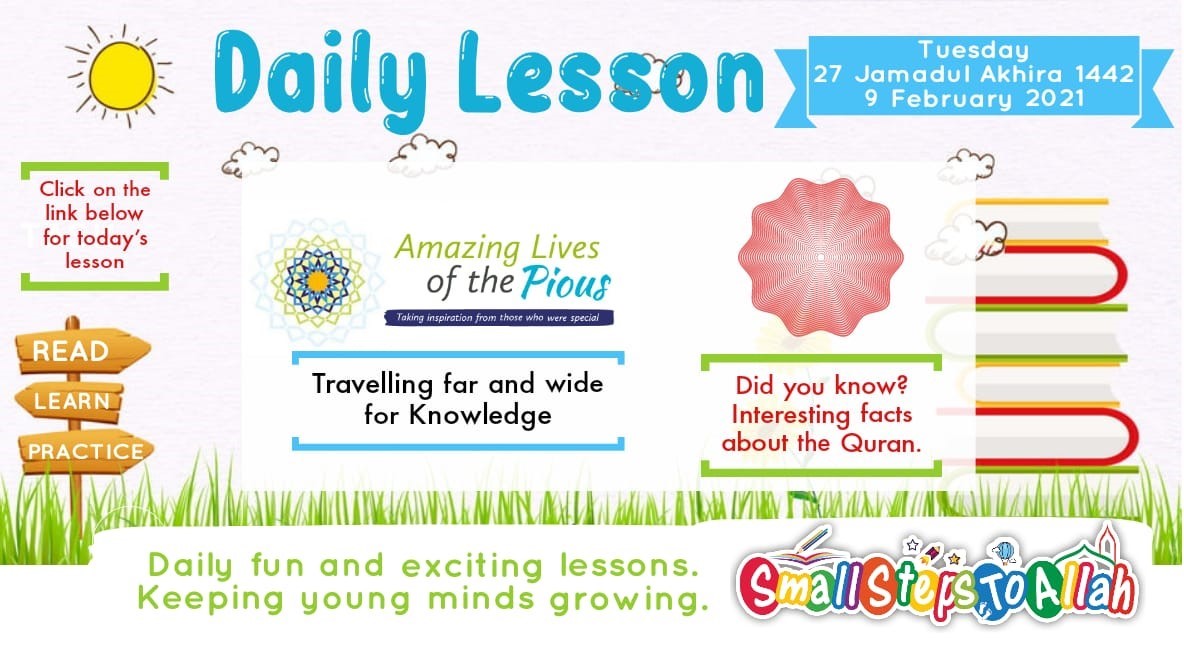 Did you know? The Glorious Qur’an has over 6,000 verses which are split into 30 Juz (parts) and contains 114 Surahs (chapters).

Did you know? Unlike the other books given to previous prophets all at once, the Glorious Qur’an was revealed in small parts over a period of 23 years!

Imam Abu Hatim, Muhammad ibn Idris Ar-Razi رحمه الله was born in Iran in the year 195 AH and he passed away in the year 277 AH. He was among the great muhaditheen! The likes of Imam Abu Dawud, Imam Nasaii, Imam Ibn Majah, Imam Abu Zur’aa and many other great personalities studied under him.