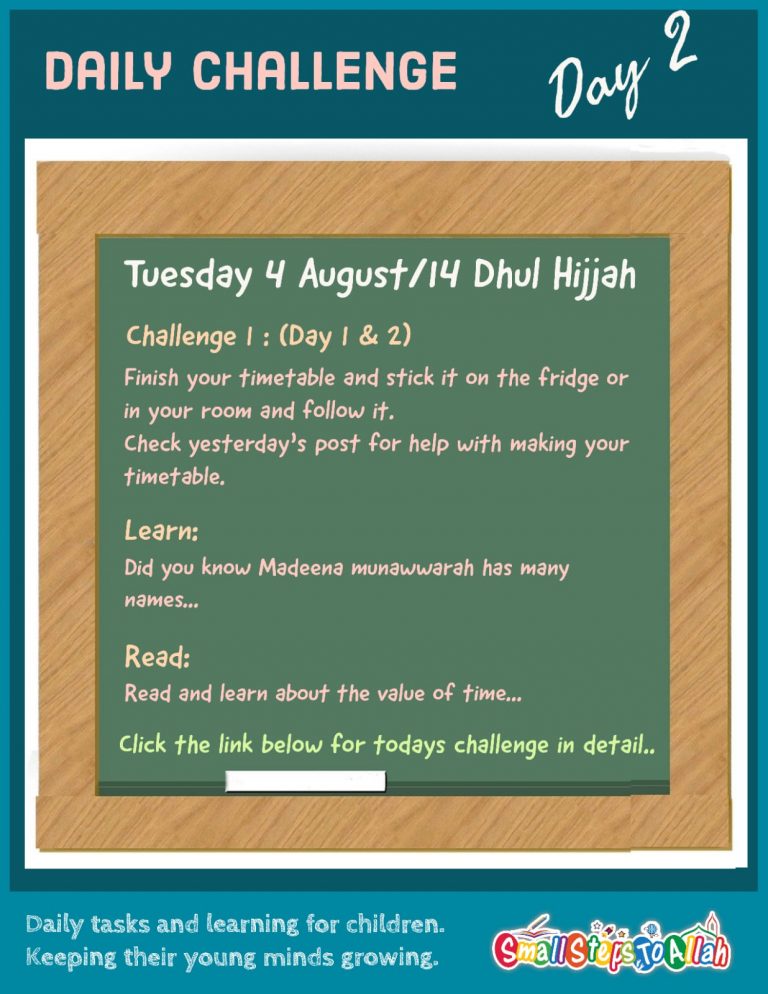 Did you know Madeena munawwarah (the city of our beloved Nabi sallallahu alayhi wassalam) has many names. Some ulama/scholars have done research on this and said it has up to 1000 names!

A day that has passed will never return. Every morning at sunrise the day says:

Whoever is able to do some good should do it, for I will never return to you.

He used to also advice not to leave any (important) task till later or tomorrow. He would say that ‘tomorrow’ is just a deception and a diversion. (something that stops us from being successful).

He would also say that leaving things till later is the biggest reason why people fail in life and the hereafter.

To help avoid this mistake he would advice (to make a timetable and then would say) “make a habit of completing every task at its appointed time. In fact, work to do tomorrow’s task today and today’s task now!”