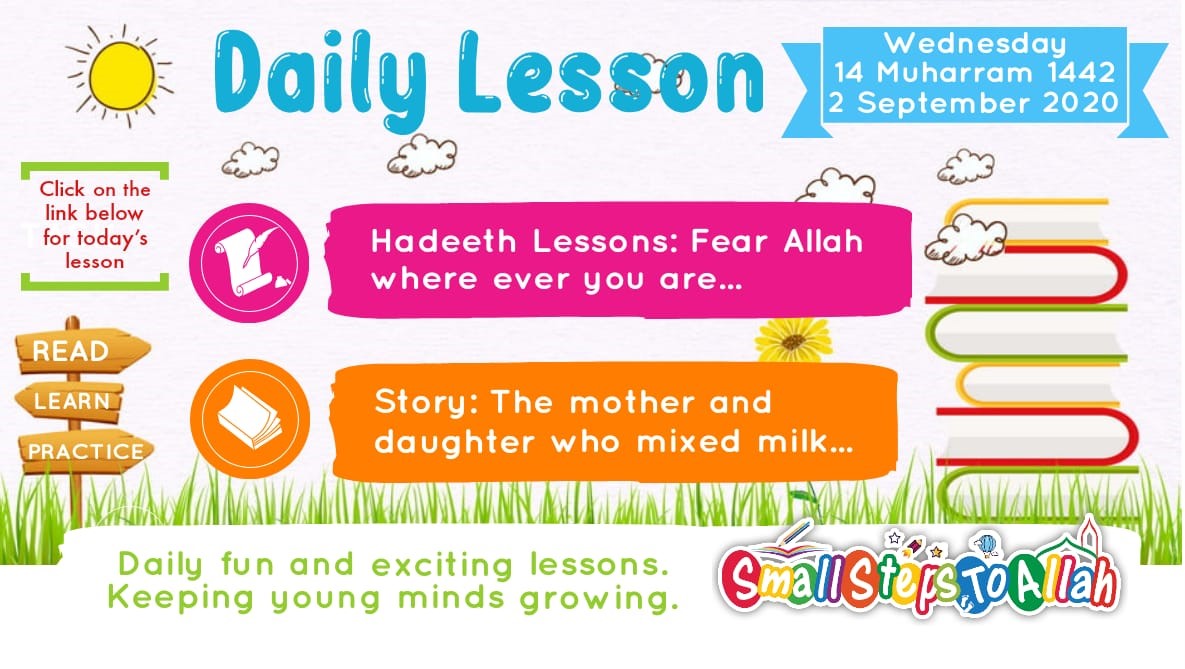 Allah is watching us

Our Beloved Nabi ﷺ said, “Fear Allah wherever you are.”

We all have times when we feel like doing something wrong. Some people get this feeling more than others, but everyone experiences this. It is what we do with this feeling that matters.

If we follow it and do something wrong, then Allah will be unhappy and a sin will be recorded in our book of bad deeds.

On the other hand, if we control this feeling and stay away from the wrong action, then Allah will be very happy with us and we will also get reward.

The best way to control these wrong feelings is to always think of Allah and think that my Allah is watching me and he sees and knows what I am doing.

This is why Nabi ﷺ tells us in this hadeeth to fear Allah and think of Him wherever we are. As this is the only way we will be able to control ourselves and stay away from wrong.

So young children (and adults) the next time you feel like lying, cheating or doing anything wrong, remind yourself that our Allah is watching us.

Umar رضي الله عنه was a great leader. He became ruler after the demise of Abubakr رضي الله عنه. During his rule, he would walk the streets of Madeenah at night to check the safety and well-being of the people.

The daughter was very pious and so replied “My mother, we must obey Umar رضي الله عنه, even if he is not here,”

Umar رضي الله عنه walked away silently very pleased with the girl’s reply and fear of Allah. He was so impressed by this girl’s piety that he later married his son to her.

This story teaches us to always think of Allah before doing anything. Our parents, teacher, others who look out for us can only advise us and supervise us for short periods of time. They are all human and so we will always find an opportunity to do something wrong. But Allah is always watching us and there is no where to hide from Allah. So we must fear Him every time we feel tempted to do something wrong and remind ourselves before we do anything ‘We are being watched’