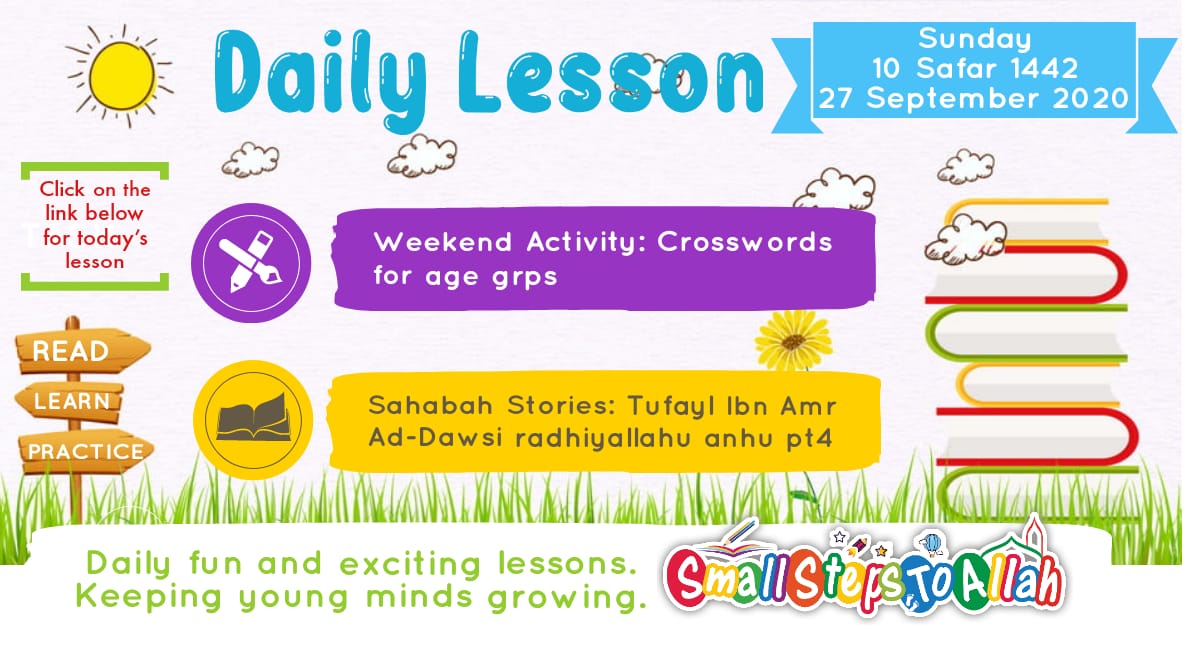 Have a go at completing our Crosswords.. 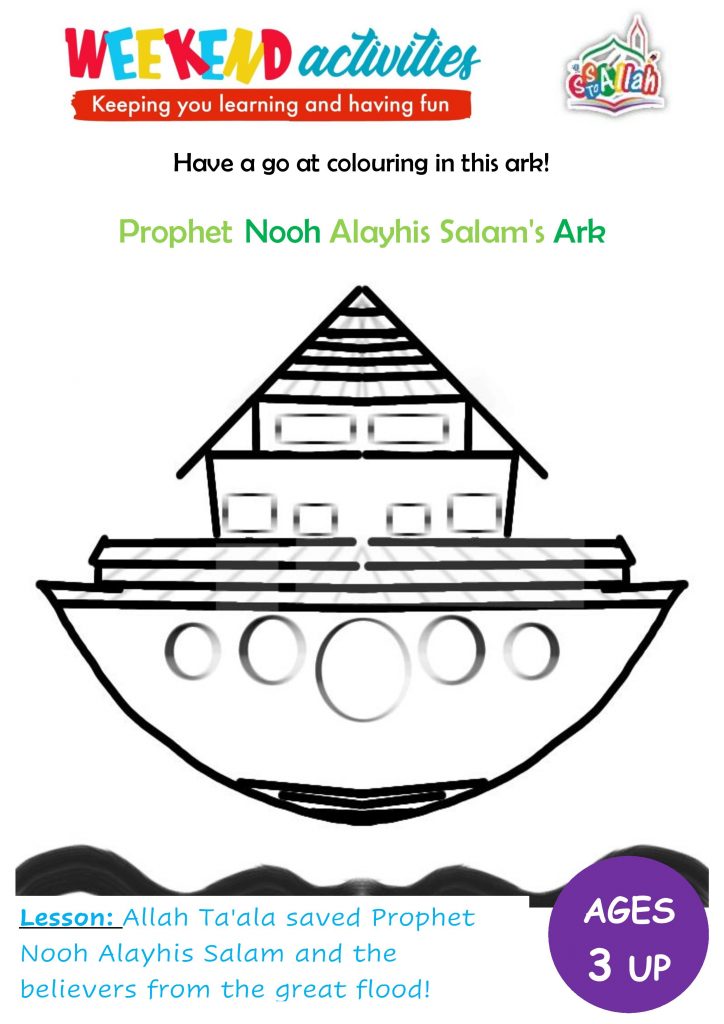 Have a go at colouring this Ark! Ages 3+ 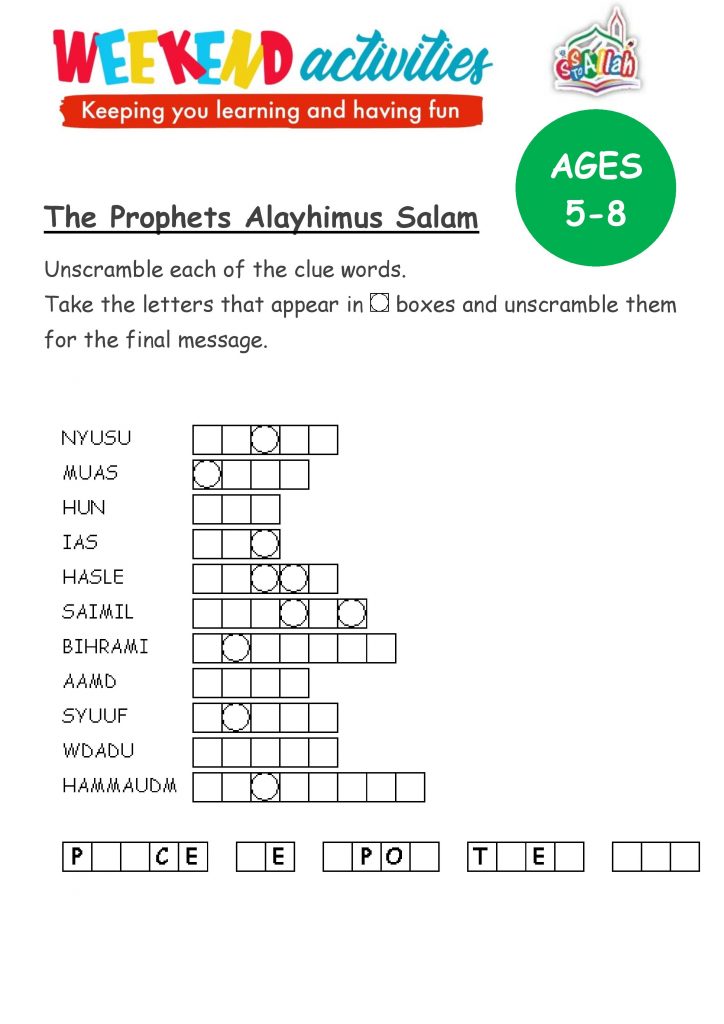 Unscramble each of the words and you will find the final message! Ages 5-8 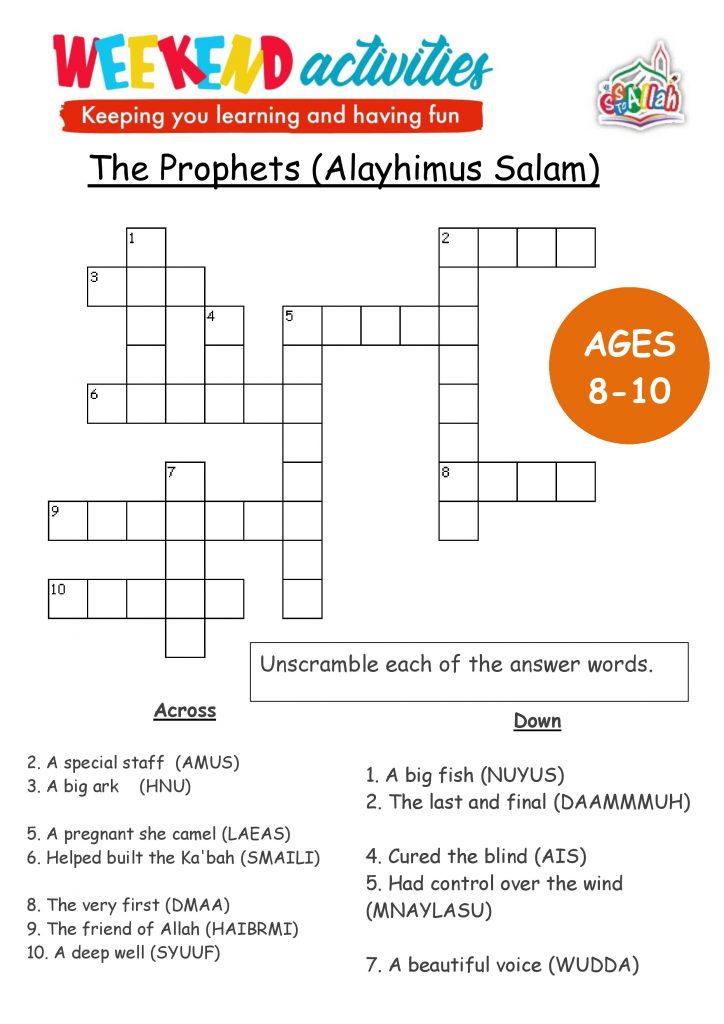 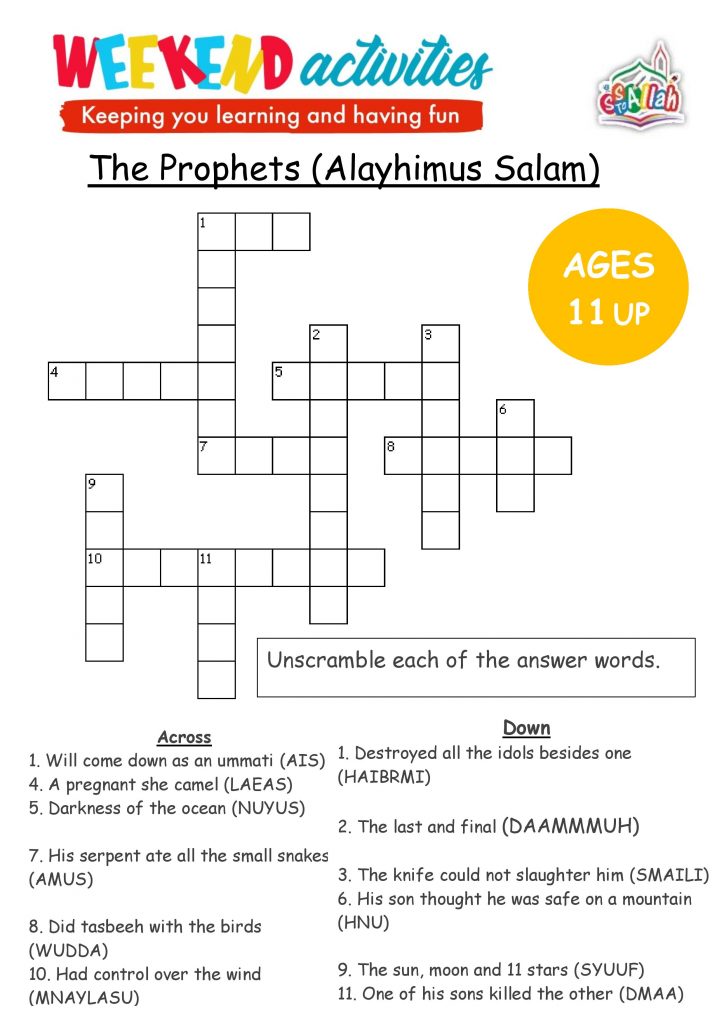 Here you will find mention of those great prophets who have been mentioned in the Glorious Qur’an and some facts regarding them. Happy hunting!

Fun facts: Did you know? Amongst the many prophets that were sent, Only 25 Prophets have been mentioned in the Glorious Qur’an!

With this du’a Tufayl رضي الله عنه returned home to his family and people. When he reached, he took up a high position from which the village homes were easily visible.

The du’a of our beloved Nabi ﷺ had already been accepted and a bright light, similar to a lantern or torch appeared between his eyes. Tufayl رضي الله عنه asked Allah Ta’ala if this light could appear elsewhere as he did not want to scare his people away.

Allah Ta’ala accepted yet another dua and moved this light towards the top of his staff or whips (which he was holding).

With this sign from Allah Ta’ala Tufayl رضي الله عنه presented Islam to his father and wife.

Allah Ta’ala had chosen the path of guidance for them and both of them accepted Islam without any hesitation.

Tufayl رضي الله عنه was upset and had lost hope in his people and so asked our beloved Nabi ﷺ to make du’a for their destruction.

Our beloved Nabi ﷺ being the kind and merciful prophet he was, raised his hands and prayed for their guidance saying,

“O Allah Guide the Daws tribe and bring them here”.

He then asked Tufayl رضي الله عنه to return to his people and continue inviting them to Islam with affection and compassion.