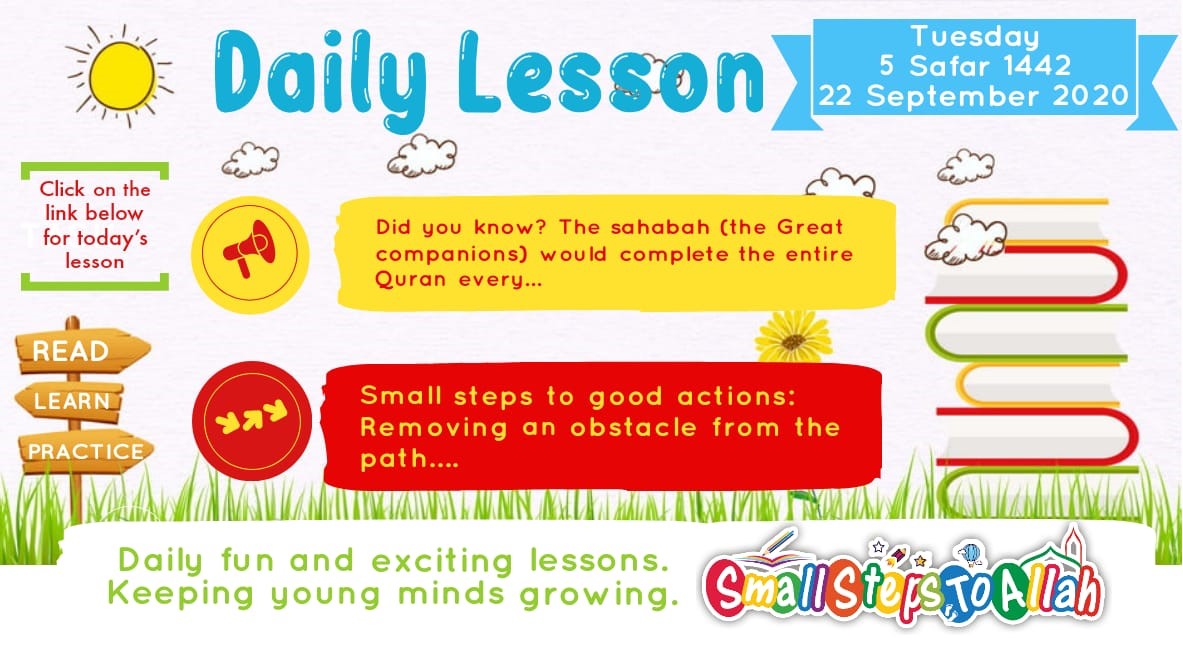 Removing an obstacle from the path

1. Abu Hurayrah رضي الله عنه reported our beloved Nabi ﷺ as saying that he saw a person enjoying himself in Paradise because of the tree that he cut from the path which was a source of inconvenience to the people. [Muslim]

2. Our beloved Nabi ﷺ also said: A person, while walking along the path, saw the branches of a tree lying there. He said: ‘By Allah, I shall remove these from this so that these may not do harm to the Muslims,’ and he was admitted to Paradise. [Muslim]

The benefits of this simple act:

1) It is an act of service to fellow humans
2) It is an act which brings reward
3) It is a form of sadaqah
4) It will save someone from harm and injury
5) It will bring entry to Jannah
6) It brings the pleasure of our Creator Allah.

So the next time we see something on the floor which needs removing, don’t leave it for someone else, do this great act yourself and gain all of these special benefits.