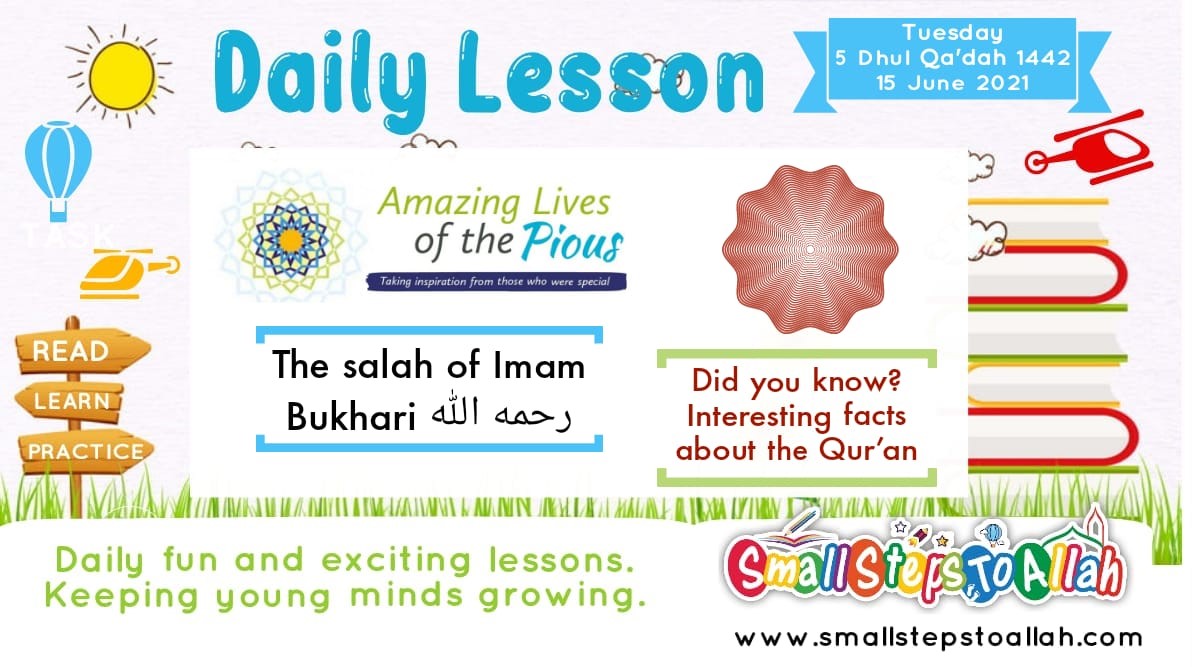 Yes, surah BAQARAH is the longest surah and from this Surah verse number 282 Is the longest verse in the Glorious Quran!

Imam Bukhari رحمه الله whose full name is Muhammad ibn Ismail al-Bukhari رحمه الله is best known for his knowledge on Hadeeth, his outstanding memory and his compilation of Saheeh al Bukhari. However, behind all of these remarkable qualities and achievements was his piety and devotion to Allah Ta’ala which can be seen from the manner of his Salaah.

Bakr ibn Munir رحمه الله said: “Muhammad ibn Ismail al- Bukhari رحمه الله was occupied in salah one night when a scorpion stung him sixteen or seventeen times. When he completed his salah, he said: ‘Check what was stinging me.’” (Siyar A’lam an-Nubala)

Regarding this incident, it is said that Imam Bukhari’s رحمه الله face did not even change in any way. He continued his salaah like normal.