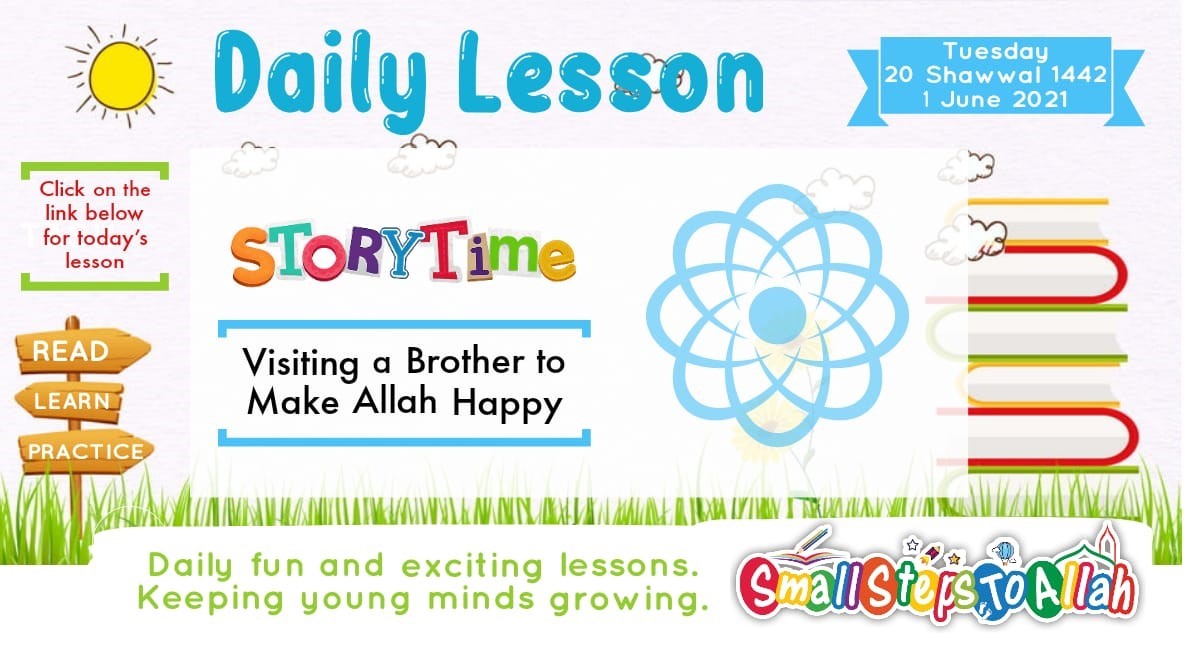 Abu Hurairah رضي الله عنه mentions an incident he heard from our beloved Nabi ﷺ. He says that:

A man once left his home to visit his brother/friend who lived in another town. The town required a short journey which he undertook.

While he was on his way Allah Ta’ala sent an angel to speak to him. This angel came in human form and met this man and began a conversation.

During the conversation, the angel asks, ‘Where are you going?’

The man replied that he was on his way to visit his brother who lived in another town.

The angel asked: ‘Why are you visiting him? Is it because you have a favour over him and want it repaid?

The man quickly replied:’ No! I am visiting him only because I love him for the sake of Allah Almighty!

Hearing this, the angel revealed his identity saying: ‘I am a messenger from Allah’. He continued to say, ‘I have come to tell you that the way you love your brother, Allah Ta’ala also loves you!’

This incident is based on a hadeeth is Sahih Muslim 2567

From this story, we learn the importance of loving one another only for the sake of Allah Almighty. By loving others sincerely Allah Ta’ala will love us in return.

Loving others sincerely means that we love them without wanting anything in return.