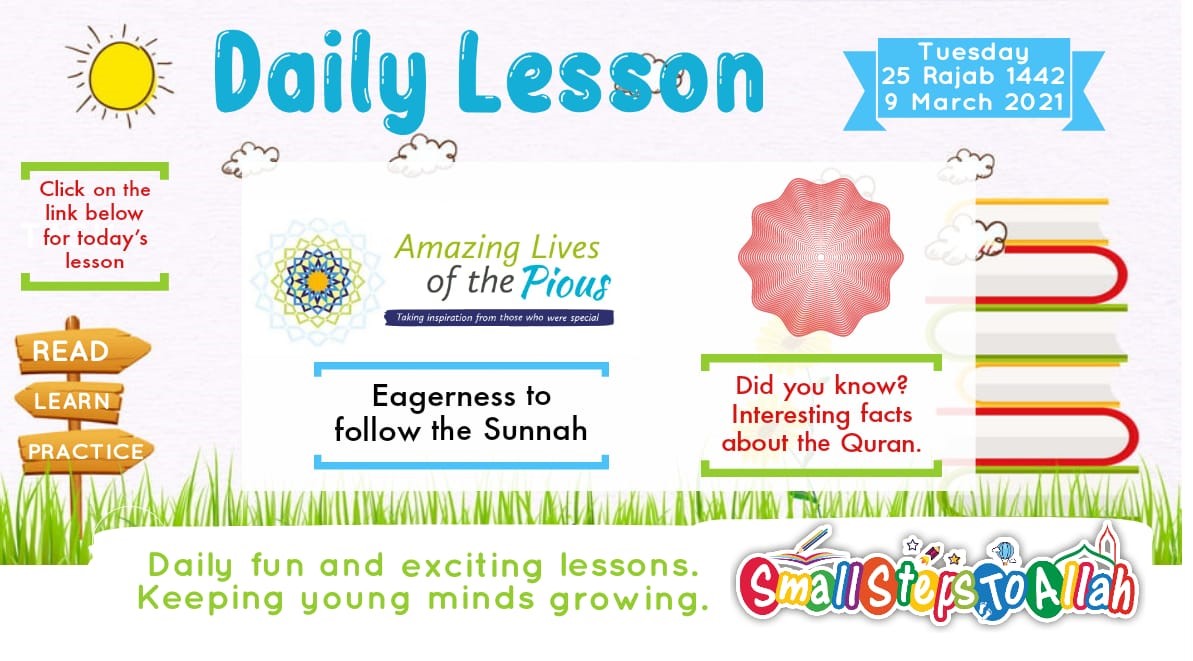 Did you know? The Glorious Qur’an has several other names such as:

– ‘Al Furqan’ because it differentiates between the truth and false, the lawful and unlawful.

– ‘Al Hudaa’ because it guides the people to the path of truth.

– ‘Al Dhikr’ because it reminds a person of Allah Ta’ala and also serves to remind about the purpose of creation.

Mawlana Muhammad Ilyas Kandhalwi رحمه الله, who is the founder of Tableeghi Jamat, is among the leading Ulama of the past century.

He had amazing admiration and love for following sunnah practices of our beloved Nabi ﷺ.

This deep-rooted love showed on his death bed when someone tried removing his right sock first and despite severe weakness and difficulty communicating with those around him, he made it clear they were doing something wrong.

Fortunately, Mawlana Ilyas sahib’s رحمه الله son understood what the issue was and advised that the sock of the left foot be removed first (as this was in accordance to the sunnah)!