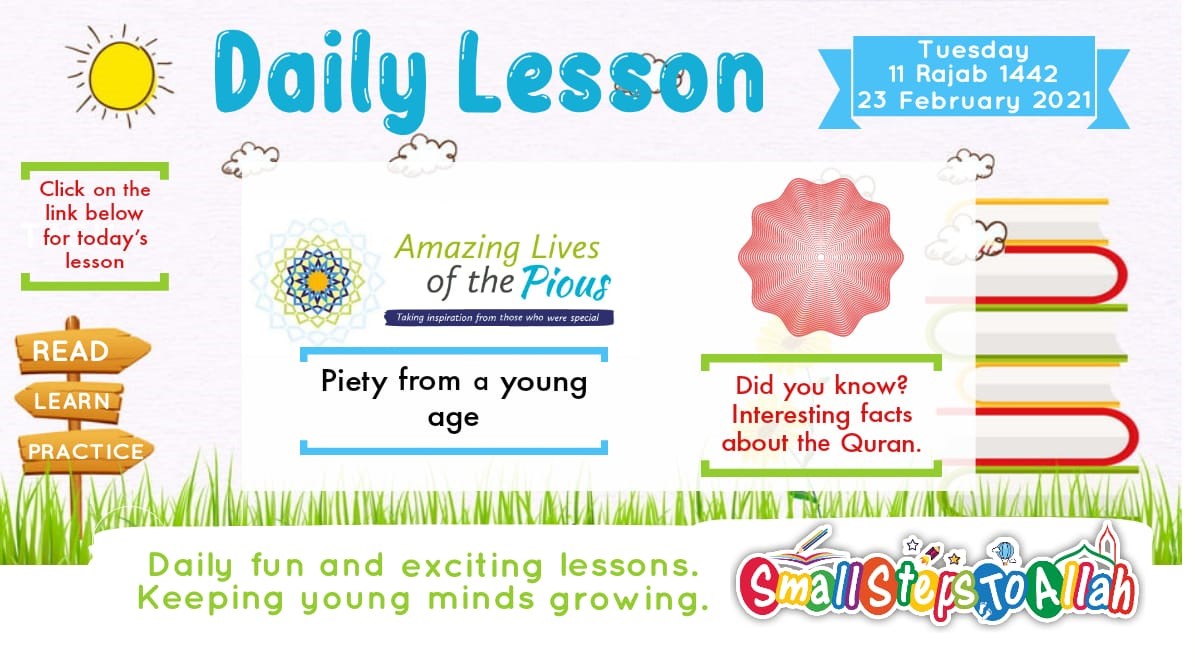 Did you know? The Glorious Qur’an will help those people on the day of Judgement who used to recite it and practice upon it in this world.

Shaykh Abdul-Haq Muhaddith Dehlawi رحمه الله was born in India in the year 958 AH and he passed away in the year 1052 AH. He spent his life learning and preaching and authored many great books.

Shaykh Abdul-Haq Muhaddith Dehlawi رحمه الله was a great Alim who from childhood attached himself to the worship of Allah Ta’ala even during the night.

He writes regarding himself that as a child despite being busy with studying and acquiring knowledge, he used to still be very punctual with his salāh, dhikr, waking up at night and connecting with Allāh Ta’ala.

When he reached old age and the memories of his duas during childhood would bring him great joy.

He would further say that the duas at the time of tahajjud which he made in his childhood prayer proved very beneficial for his deeni work during his old age.