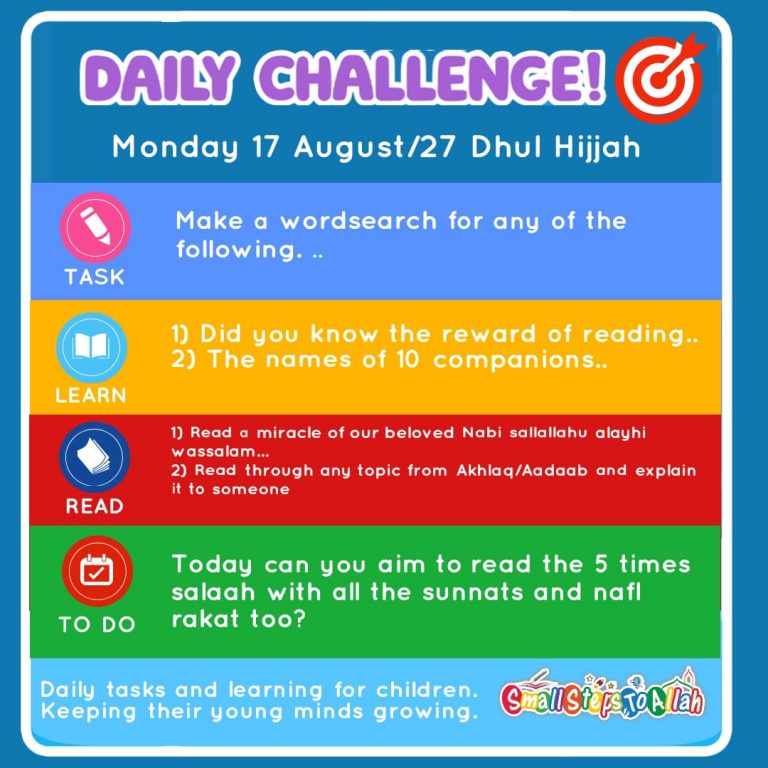 Can you make a word search on any of the following topics?

Learn the names of the following 10 companions who were promised Jannah. They are known as the Asharah Mubasharah.

‘Oh Allah! I ask you for beneficial knowledge, abundant sustenance, and cure from all sicknesses’

Read through any topic from Akhlaq/Adaab Kitab and explain it to someone!

Today can you aim to read the 5 times salaah with all the sunnats and nafl rakah?

Make a chart of all the Duas that you know and check how many you are reading.

Below is a idea for you!!