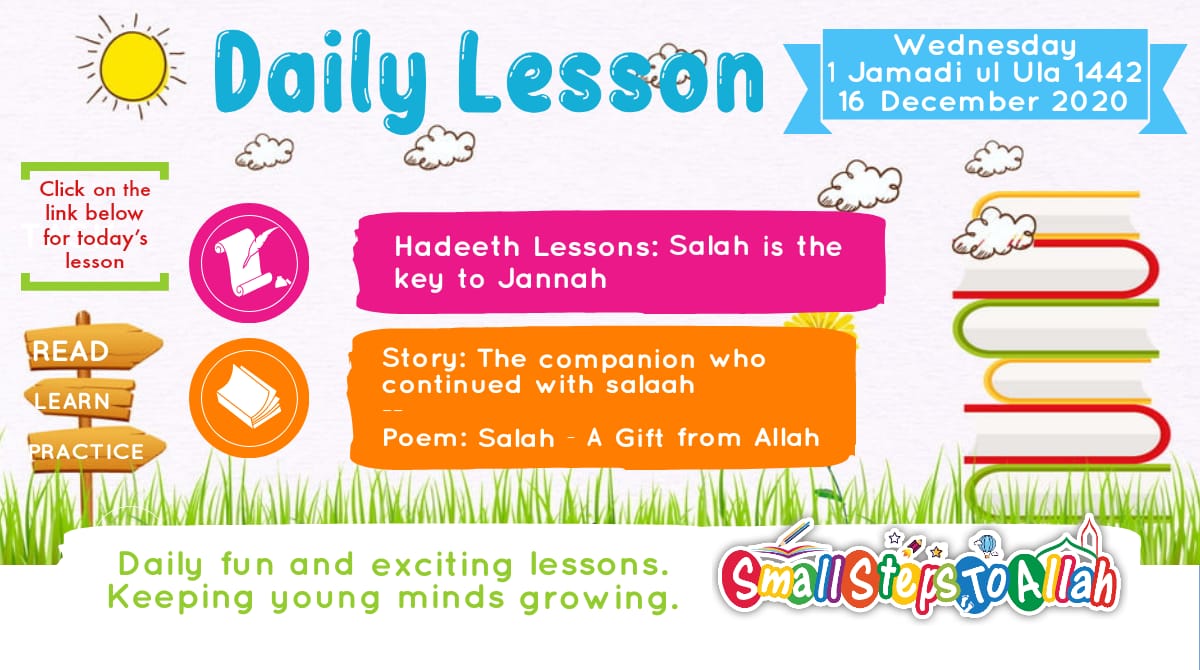 Salaah is the key to Jannah

Our Beloved Nabi ﷺ said, “The Key to paradise (Jannah) is salaah”

We all want to go to Jannah, and we know, it is good actions which will take us there.

However, there is no action which quite ranks as high as performing the 5 times daily salaah; at its appointed time, with both heart and mind present, with complete cleanliness and in the manner taught to us by our beloved Nabi ﷺ.

In this hadeeth, we learn that salaah is so important that it is the key to entering Jannah.

A few other ahadeeth and Quran verses teach us the importance of salaah by saying:

● Performing salah is the difference between belief and disbelief (Muslim)

● Once in salah, a believer is talking to Allah Ta’ala (Bukhari)

● Salaah illuminates the heart and will bring a person light and salvation on the Day of Qiyamah. (Kanzul ummal)

● The 5 times salaah cleans a person from minor sins, just like a person who cleans himself from dirt by bathing 5 times a day

Let us hold fast to the 5 times salaah and also offer as many optional salaah as possible too.

From this story, we learn how beloved salaah was to the companions of our beloved Nabi ﷺ.

We should not be shocked by this. We also have this quality but sadly we use this in other futile and many times sinful activities such as watching movies, engaged in sports and entertainment and playing games. While in these activities we are so absorbed that we forget about what is happening around us.

If only this condition would be present when we recited the Quran, made dua to Allah Ta’ala or performed salah.

Let’s read a poem about salaah 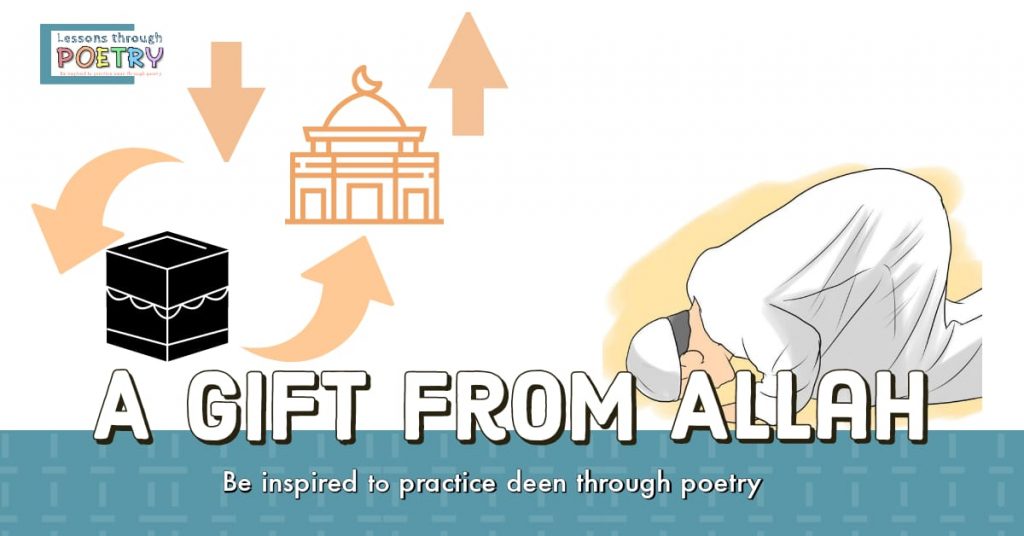