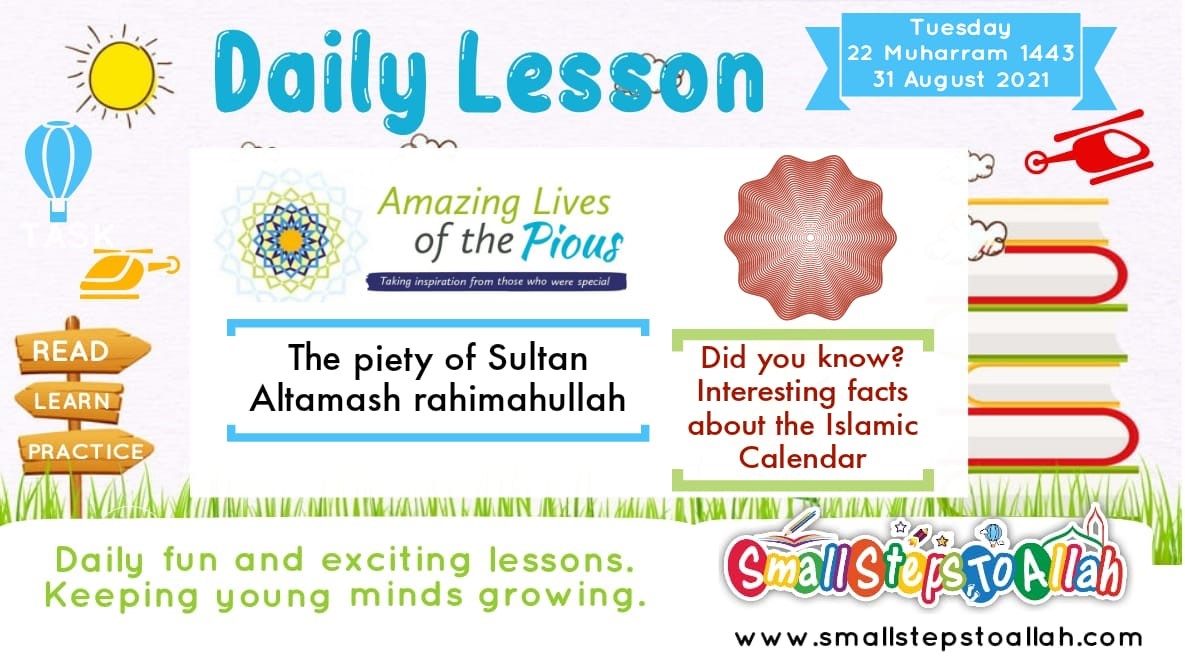 Did you know? It was in the month of Rabiul Awwal, Our beloved Nabi ﷺ blessed birth took place!

Sultan Shams ad-din Al Tamash رحمه الله is among the great Muslim rulers. Despite being a Sultan (King) of the time he was extremely pious and Allah fearing.

The following incident is enough to demonstrate his status:

During his time, a pious person named Shaykh Bakhtiyar Kaki رحمه الله made a bequest that his Janazah salah must be performed by a person who possesses three qualities:

A. He has performed every salah with Jama’at having never missed the takbir u’la with the Imam (the takbeer to start salah with)

B. He never missed the sunnah of Asr salah (as this is optional, it can easily be missed)

C. He has never gazed at a non-mahram woman.

When his Janazah was brought forward people were waiting for someone to come forward (who possessed the above qualities) and lead the Janazah Salah.

When no one came forward, Sultan Shams ad-din Al Tamash رحمه الله realised he was the only one who possessed these three qualities and so came forward and led the Janazah salah.

How amazing, that even a king of that time possessed such pious qualities.