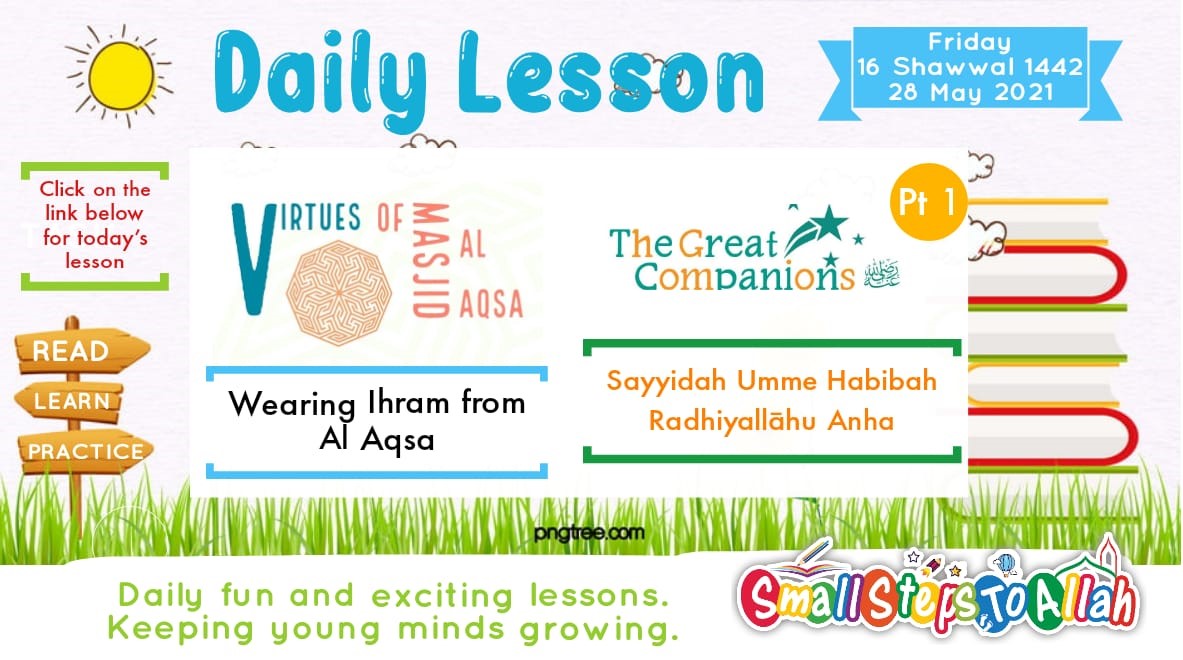 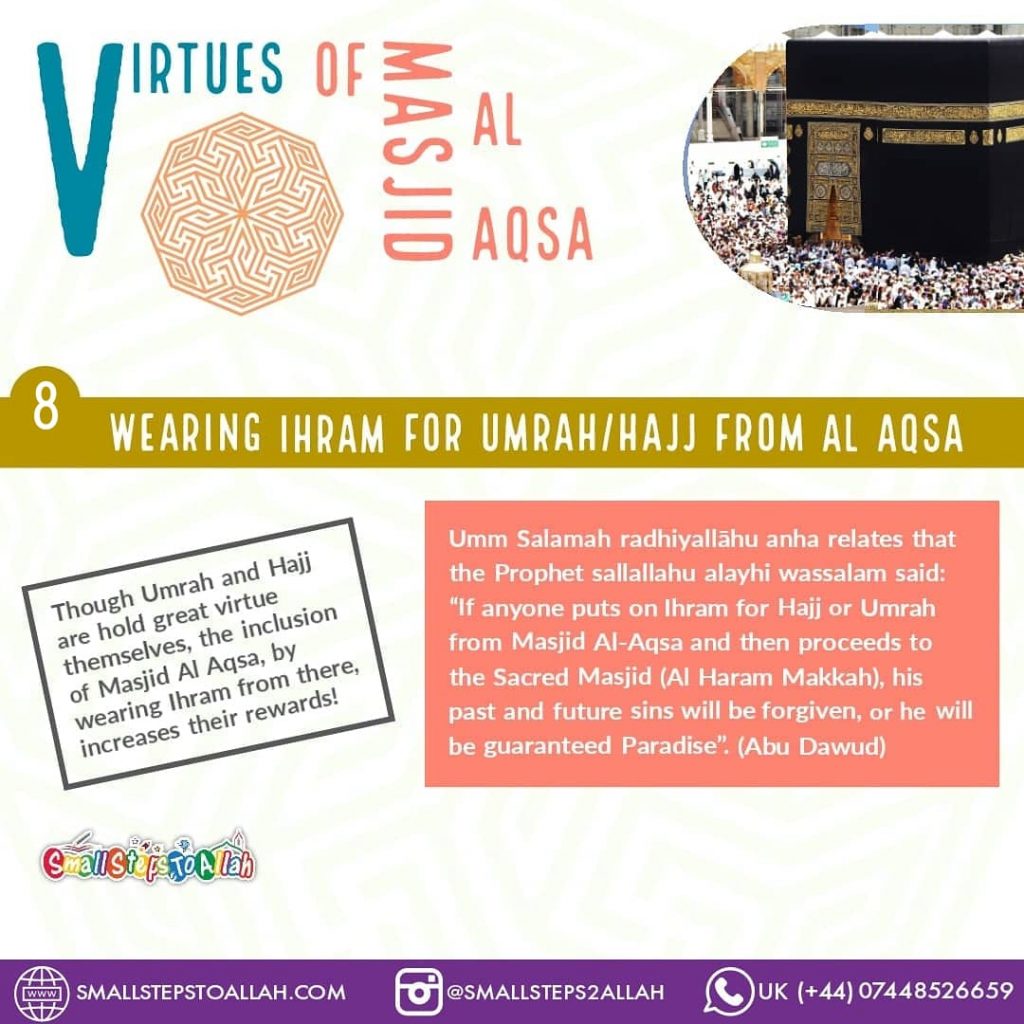 There are different places from which Ihram can be worn. Some more virtuous than others. In this hadeeth, we learn the virtue of wearing our Ihram from Masjid Al Aqsa and then performing our Umrah or Hajj.

As we find in a Hadeeth of our beloved Nabi ﷺ:

Umm Salamah رضي الله عنها relates that the Prophet ﷺ said: “If anyone puts on Ihram for Hajj or Umrah from Masjid Al-Aqsa and then proceeds to the Sacred Masjid (Al-Haram Makkah), his past and future sins will be forgiven, or he will be guaranteed Paradise”. (Abu Dawud)

This again shows us the special position Al Aqsa holds in the eyes of Allah Ta’ala.

● She was known for her respect, piety, thirst for knowledge and forgiving nature.

● Her name was Ramla, but she was mostly known as Umm Habibah رضي الله عنها (the mother of Habibah) due to her daughter Habibah.

● She first married Ubaydullah Ibn Jahsh who embraced Islam in the early years of Islam.

● After the demise of her husband, she was fortunate to marry our beloved Nabi ﷺ.

● After the demise of our beloved Nabi ﷺ, she lived for many years. During this time she stayed in Madinah and served Islam.

● Sayyidah Umm Habiba رضي الله عنها passed away in Madinah during the reign of Sayyiduna Muawiyah رضي الله عنه. She was 74 years at the time and she is buried in Jannatul Baqi.